Our Letter to Nature "Ancient herders enriched and restructured African grasslands" reports on the results of a long-term project that started in 2011 with research on the nutrient characteristics of sediments from ancient livestock corrals from three ancient settlements occupied by herders in the Loita-Mara-Serengeti ecosystem of Kenya and two sites on the Lukenya inselberg near Nairobi.
Fiona Marshall
Professor, Washington University
Follow
Like Be the first to like this
0

The paper in Nature is here: go.nature.com/2woZR02

It was surprising 30 years ago to discover that despite the famous migrations of millions of wildebeest, zebra and other animals, the earliest herders in the Loita-Mara-Serengeti plains 3600-2000 years ago relied on sizeable herds of cattle, sheep and goat with very little hunting (Marshall 1990). We knew that the pastoralists who first settled the region must have influenced savanna communities. But we archaeologists did not know how.

Historic pastoral settlements stand out in wooded African savanna grasslands as high nutrient patches often visible as fertile open grassy glades that are frequented by zebra, wildebeest and other wildlife, as well as cattle, sheep, goats and donkeys. Over time these nutrient hotspots attract communities of insects, rodents, reptiles and birds. Revisited by wildlife and herders, hotspots continue to be enriched. Scholars across Africa showed that nutrient hotspots form in the same way in the Sahel (Turner 1998) and southern Africa (Scholes and Walker 1993). But how far back in time did pastoralist influences go? Some thought a few 100 years and others thought as far back as 2000 years.

Inspired by hotspots ecology I started a project to answer these questions. My colleague Stanley Ambrose and I and an international team of archaeologists, geologists, and ecologists searched for the homesteads of the earliest herders in southern Kenyan savannas, that had ancient corrals with good dung preservation. We were disappointed at first to find that some of the Narok sites on the northern edge of the Mara-Serengeti plains, excavated during the 1980’s, were under cultivation. Stan Ambrose came to the rescue, suggesting we investigate promising sites he had discovered at Ntuka, not far away. We also revisited the Lukenya kopje or inselberg east of the Rift Valley near Nairobi, where Charles Nelson and Stan Ambrose in the 1970's had excavated several Pastoral Neolithic herder sites in grassy glades with what appeared to be decomposed dung layers. Only a small group of archaeologists have investigated ancient herder sites from this perspective. Paul Lane and his team (Boles et al. 2017) studied the historical ecology of pastoral settlements dating to the last thousand years, or the Pastoral Iron Age, on the savanna grasslands of the Laikipa Plateau, Kenya. In southern Africa, our colleagues working on Iron Age sites had conducted pioneering research that documented the association of Cenchrus grass with Iron Age herder sites (Denbow 1979) and explored the location of corrals within settlements (Huffman et al 2013).

Our team from Washington University in St. Louis, the University of Illinois, Urbana, the National Museums of Kenya, and knowledgeable Maasai residents and other Kenyan field workers, were key to productive work in challenging remote field conditions. Purity Kiura of the National Museums of Kenya helped us to develop the project, and the team seen here excavated the sites.

Now, we have a few answers for ecologists and archaeologists about the time depth of the effects of herder settlement patterns on savanna ecosystem structure. These results raise new questions, of course—some obvious, some surprising. How, for instance, did pastoralists’ social and political relations pattern hotspot locales and wildlife foraging? The Neolithic and recent Maasai hotspots of southern Kenya are relatively small and closely-spaced; Iron Age hotspot sites in Laikipia are much larger, up to 750 m in diameter, and are more widely spaced. Ecologically, small-scale nutrient hotspots generated by termite mounds may promote savanna ecosystem stability and resilience (Bonichela et al. 2015) so--we want to know-do hectare-scale anthropogenic glades function the same way?  Other questions that this study raises are global--did herders influence grasslands in Central Asia and the Andes as they did African savannas? Mobile herding has been less studied as a form of early food production than settled village agriculture but shaped our world in important ways. 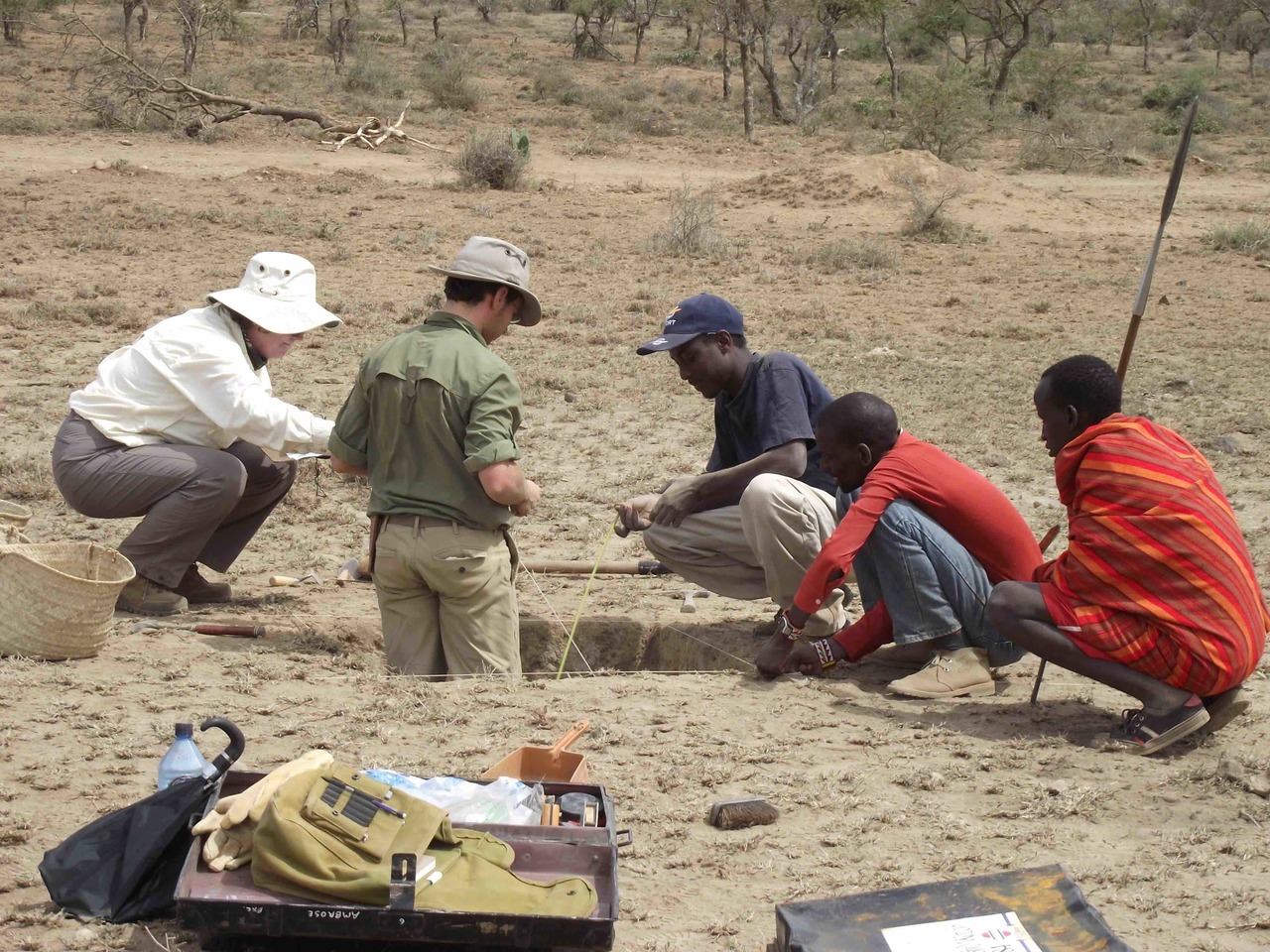 Our Letter to Nature "Ancient herders enriched and restructured African grasslands" reports on the results of a long-term project that started in 2011 with research on the nutrient characteristics of sediments from ancient livestock corrals from three ancient settlements occupied by herders in the Loita-Mara-Serengeti ecosystem of Kenya and two sites on the Lukenya inselberg near Nairobi.