When I started my PhD at Royal Holloway, University of London it seemed increasingly likely that certain neonicotinoid pesticides could be banned in Europe. My PhD, which is supervised by Dr Elli Leadbeater and Professor Mark Brown, was supposed to investigate the impact of pesticides, such as neonics, on the cognitive ability of bees. However, as I ploughed through the literature I became increasingly aware of the overwhelming evidence that neonics can have substantial sub-lethal impacts on important pollinators such as bees.

This left me in a bit of a predicament. ‘Do I really want to spend 3 years of my life investigating pesticides that may or may not be banned in Europe and potentially the world?’ As I pondered, a passing comment made by Mark, that “PhD students don’t read enough of their supervisors’ papers”, prompted me to re-examine both Elli’s and Mark’s more recent publications (because of course I had already read most of their papers!). One caught my eye.

A horizon scan, published in Peer J, outlined emerging threats to pollinators. The paper was led by Mark, who gathered 55 of his pollination colleagues, who decided that in their collective opinion, sulfoximine based pesticides were the second greatest emerging threat to pollinators. It didn’t take long for me to scan the literature and realise that we know nothing about the potential sub-lethal impacts of sulfoximines on bees. I decided this would make an exciting and interesting topic for my PhD.

Our research, which is now published in Nature, started by collecting wild bumblebee queens from Windsor Great Park (yes, the Queen’s queens…) and encouraging them to start colonies back at the lab. Once the colonies were going strong we fed half of the colonies a sucrose solution containing sulfoxaflor (5ppb), the first branded sulfoximine pesticide. The control colonies received no pesticides. After two weeks of exposure all the colonies were placed around the Royal Holloway University parkland campus.

Monitoring the colonies was a lot of work. We conducted night-time colony assessments, which involved strolling around the campus at 2am in a bee suit recording the number of workers, males and queens produced by the colonies. This caused a great deal of shock for intoxicated students and local wildlife alike. Day-time foraging observations carried out by myself, Emma Wrake, Miranda Burke and Sara Cobacho Jimenez involved watching plastic boxes for large periods of the day, as bumblebees bumbled in and out (which also looked pretty odd to passers-by).

Once the experiment was finished Elli and I spent several months pouring over the data and a very clear pattern began to emerge. Colonies that were exposed to sulfoxaflor at an early stage of development, produced 54% fewer sexuals that control colonies. We found no statistical support to suggest that sulfoxaflor colonies were poorer foragers, but our results did show that exposed colonies produced fewer workers. We suspect that sulfoxaflor exposure at the start of a colony’s life cycle influences larval development, reducing worker numbers and consequently reproductive success.

An enormous amount of unanswered questions about the sub-lethal impacts of sulfoxaflor on pollinators still remain. The now complete bans on certain neonics in Europe occurred because researchers showed that, although not lethal, certain neonics can have severe ‘sub-lethal’ impacts on pollinators. Our results show that there might not be a great deal of difference between neonics and sulfoxaflor in relation to potential hazards to impacts on bumblebees. As sulfoxaflor is now registered for use in 47 countries (5 within the European Union) our results urge regulators and policy makers to increasingly assess the sub-lethal impacts of novel pesticides on pollinators, and not just in honey bees. 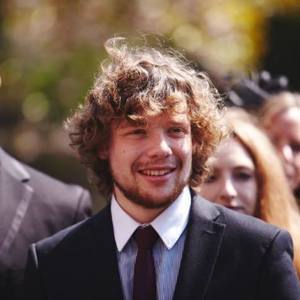