Speciation and Divergent Biosonar Behaviour in Caribbean Populations of the Greater Mustached Bat.

Allopatric speciation is a process by which a single species can diverge into separate daughter species when subpopulations become isolated, and then change to the point of being recognizable as separate species. But how can we determine whether differences are adaptations to different environments, the result of random changes in isolation, or some other process? We have designed methods to model trait divergence and applied them to Caribbean populations of the Greater Mustached Bat.

A coalescent-based estimator of genetic drift, and acoustic divergence in the Pteronotus parnellii species complex

Allopatric speciation is a process by which a single species can diverge into separate daughter species when subpopulations become isolated, and then change to the point of being recognizable as separate species. Although easily understandable as a concept, the genetic mechanisms by which divergence occurs are often obscure. Populations in isolation, often comprised of few individuals, will accumulate random genetic mutations, and differentiate by genetic drift. But isolated populations may also be subject to different forms of selection, for example adapting to their particular environments. Either way, given sufficient time the changes will eventually be enough for the two populations to be considered separate species, and will be reflected in the genotype, phenotype, or both. Still, differentiating between the neutral process of genetic drift versus selection remains a key challenge.

Island populations have been pivotal in understanding allopatric speciation, a process thought to underlie the uniqueness of island biodiversity. To determine the processes behind differentiation on islands, we examined two island populations belonging to one of the most broadly distributed and successful species of neotropical bats, the Pteronotus parnellii species complex. Ranging from northern Mexico to southern Brazil, the Greater Mustached Bat (family Mormoopidae) is also found on the four major islands of the Greater Antilles.

The Greater Mustached bat uses a strategy of biosonar unique among New World bats. While most insect-eating bats search for insects in flight by emitting biosonar vocalizations that begin at a high frequency and sweep downward through the duration of a call, the Greater Mustached bat has evolved an alternative strategy. This strategy, employed by many Old World species, uses calls with a relatively long constant frequency (CF) part followed by a short downward frequency sweep. These calls allow bats to distinguish flying insects with regular wing beats from the leaves of trees moving randomly in the breeze. In contrast, Frequency Modulated calls (FM), although versatile and diverse in their structure, are not well adapted to searching for insects flying in the cluttered environment of leafy forests. Among the >400 species of bats in South America, North America, and the Caribbean, only the Pteronotus parnellii species complex has evolved the CF strategy, independently of its Old World counterparts. This is part of the reason for its great success. The wide range, vast variety of habitats, combination of island and continental populations, and unique biosonar strategy make the P. parnellii species complex a fascinating subject for the study of speciation and adaptation.

Our study capitalized on isolated populations within this species complex combined with the relative ease of recording the acoustic calls to build a quantitative data set to test for differentiation between populations of these bats in Puerto Rico and in the Dominican Republic on the island of Hispaniola. In 2009 and 2010 we went in search for P. parnellii populations on each island – not an easy task considering they require caves with perfectly hot and humid conditions that can be difficult to locate.

Our work took us looking for such hot caves, with many fruitless surveys. We were led to caves in the rural Caribbean that were known to locals, but might never have been explored by biologists. Others had been described in scientific expeditions a century before, but whose locations had been obscured by the passage of time and the growth of tropical forests. Others still were found in locations of dubious reputation that rendered our inquiries suspicious.

We collected a skin sample for genetic analyses, made a standard set of physical measurements, and recorded biosonar calls from bats resting in a small cage. The latter detail is important because these bats hold the CF portion of their calls in a very narrow range that would be distorted by Doppler-shift in calls recorded from flying bats. As these populations had been previously named as separate species, our goal was to determine if genetic, physical, and behavioral differences were the product of random genetic drift, selective adaptation to environmental differences, or a combination of the two.

One way to answer the question of drift vs. selection is to compare the degree of genetic differentiation to the divergence in traits of interest. If trait divergence is as expected given the degree of neutral genetic divergence detected, then genetic drift is a sufficient explanation for trait differences. In contrast, when trait divergence exceeds what would be expected due to neutral genetic divergence, then the drift hypothesis can be rejected, and selection becomes viable as a process responsible for trait differentiation. To estimate these divergences, we combined techniques designed to model neutral isolation-with-migration processes with Bayesian analyses of trait divergence. By using the isolation-with-migration model to estimate the neutral genetic divergence between populations, our analyses incorporated the effects of scaling between populations of differing size, as well as unequal migration rates in and out of each island, and results were independent of mutation rate. The resulting comparisons between genetic and trait divergence also account for uncertainties in heritability, which is often an unknown measure of the genetic influence on phenotypic traits of interest.

The most striking difference we found between traits in the two populations was in the frequency of the CF component of the echolocation calls. Call frequencies of Hispaniolan bats averaged 67.5 kHz while Puerto Rican bat calls averaged 62.4 kHz.Little variance was observed within each population, as the frequency is tied to an adaptation in the inner ear tuned for the precise frequency of the CF. While Hispaniolan females had significantly higher CF frequencies than males; no sexual difference was found in the Puerto Rican populations. We found physical correlates for these differences, but although Hispaniolan bats were smaller on average, the ranges of body weights and forearm lengths between the islands overlapped broadly. The larger body size of the Puerto Rican populations was insufficient to explain the difference in call frequency.

Comparisons of genetic and CF frequency trait divergence led us to reject random genetic drift as an explanation for the call frequency of Hispaniolan bats. We found that the majority of migration has occurred from Puerto Rico to Hispaniola, probably on account of prevailing winds and the most common direction of tropical storm passage. The populations have been mostly separate for about 1.2 million years, but in Hispaniola the dominant frequency of the CF diverges from the Puerto Rican population, and females and males also diverged. This study is the first to find a significant difference in biosonar call frequency between the sexes within the P. parnellii species complex. As with the differences between the two island populations, no morphological differences between the sexes can account for this difference. Since Hispaniolan males have lower calls than females, females choosing to mate with males calling at lower frequency, which requires less energy, cannot explain the direction of change in biosonar call toward higher calls on that island. Instead, cultural drift could explain the differentiation in CF frequency between these island populations. Cultural drift is the result of maternal transmission of a partially cultural trait—in this case the higher calls—coupled with restricted female migration. While the CF is biologically constrained, there is still some variation between individuals. Over many generations, females calling at a higher frequency pass this trait on to their offspring first through infants learning their mother’s higher call, and then genetically since individuals with higher calls will tend to have offspring similar in this trait. Since the females do not disperse much, the initial cultural preference for the higher calls leads to long-term trait divergence without responding to selection from the environment.

Differentiating between cultural drift and an unknown source of selection in the environment is not feasible with available data. We have ruled out sexual selection as unlikely because the call frequencies of Hispaniolan males are lower than the females, but examining maternal transmission of CF across different subpopulations could help test the cultural drift hypothesis. Since the Puerto Rican population shows no sign of sexual divergence, no appreciable cultural drift would be expected there. By testing the genetic drift hypothesis for each population, and estimating a distribution of genetic divergence instead of a single value, our study opens the door to future applications across many populations in the Caribbean and other islands. Future studies can follow these intriguing leads as we watch the process of evolution unfold in this common, but very special neotropical bat. 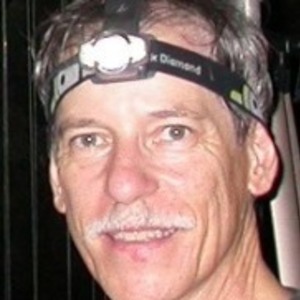