The causes of the Cambrian Explosion – the appearance in the fossil record and rapid diversification of the major groups of animals around 540-500 million years ago – remain hotly debated. It is likely that the transfer of energy from the locus of primary production (the euphotic zone) to the realm of highest diversity (the sea floor) was a key ecological factor. Our new paper in Nature Communications describes a suspension feeding Cambrian animal, Pahvantia hastata, which was able to capture much smaller plankton than any other pelagic animal of that time, including large unicellular algae, suggesting a more direct involvement of large free-swimming animals in the establishment of coupled pelagic-benthic realms in the Cambrian.

The presence of Pahvantia hastata in the Cambrian of Utah has been known for decades, thanks to local collectors Bob Harris and the legendary Gunther family. Pahvantia was originally described as an enigmatic arthropod, but our careful preparation of a specimen discovered 25 years ago revealed a frontal appendage with setae – fine hair-like structures - allowing the confident assignment of this animal to the Radiodonta – an extinct group of large stem group arthropods. Twenty hours of work with a needle on the specimen immersed under water were needed to painstakingly expose numerous, narrowly-spaced delicate setae which created a fine filtering mesh. This mesh, by comparison with modern animals, was likely used to capture organisms 100 µm in size. Thus Pahvantia probably consumed large microplankton, including autotrophic phytoplankton – primary producers.

Contribution to the biological pump

Even though relatively small for a radiodont, the 25 centimetre-long Pahvantia was 10-1000 times larger than any mesoplanktonic primary consumer. It would have shortened the food chain connecting primary production to the sea floor, facilitating the transfer of energy between these two realms. Faecal pellets and carcasses from large nektonic animals more rapidly sink down the water column than plankton, and as such have a far greater chance of reaching the bottom of the ocean, and becoming food for benthic organisms.

The study went on to produce the most up-to-date phylogenetic analysis of radiodonts. This showed that filter feeding evolved twice, possibly three times in this group, which otherwise essentially comprised fearsome predators (e.g. Anomalocaris canadensis from the Burgess Shale in Canada). A similar pattern is seen in modern crustaceans, and reflects the fact that suspension feeding and raptorial predation are two extremes of the same spectrum, which use similar mechanics to capture particles/organisms of different sizes.

Pahvantia adds to an ever-growing body of evidence that radiodonts were vital in the structure of Cambrian ecosystems, including more efficiently providing the organisms living on the sea floor with energy produced by surface-water-dwelling autotrophs. Based on material collected decades ago, our contribution adds further credence to Stephen J Gould’s observation that ‘many of the finest … discoveries are made in museum drawers’. The recent destruction of the National Museum of Brazil sadly reminded us that the careful curation of scientific collections, in institutions like the Kansas University Museum of Invertebrate Paleontology, not only preserves the past of Science, but also its future. Our work also provides an opportunity to celebrate the invaluable contribution of ‘amateur’ fossil collectors to modern Palaeontology. 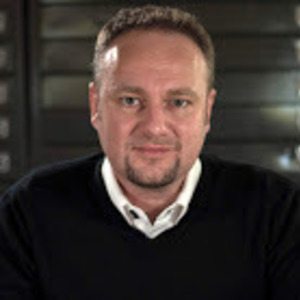 I am a paleontologist investigating the evolution of early animals and their organization into modern-type ecosystems. I mostly study exceptional fossil assemblages that include the remains of ‘soft-bodied’ animals, for they provide unique insights into the anatomy and ecological interactions of long-extinct organisms. My research focuses on the biology, phylogeny and diversification dynamics of fossil and modern arthropods.
Follow