Some things never change: humpback whales use the same calls for generations

Humpback whale song changed the human relationship with whales when it was first described and shared in 1971. But humpback whales do more than sing. New research published in Scientific Reports demonstrates that some humpback whale social sounds - or "calls" - stay in the acoustic repertoire across generations, and that they are absolutely worth listening to.
Michelle EH Fournet
Postdoctoral Researcher, Cornell Lab of Ornithology, Bioacoustics Research Program
Follow
Like Liked by Patrick Goymer
0

In June of 2012 I was sitting on a 3 meter zodiac in the pouring down rain in Southeast Alaska, with a dip hydrophone in the water, listening. Imagine my delight when after an hour of nothing but rain and harbor seals, I heard the extraordinary sound of a humpback whale. I sprang up in the boat and strained my eyes to see through the weather. Approximately two minutes later the whale surfaced about a half a kilometer away. It would be ten minutes before she called again.

In Alaska, humpback whales produce a wide range of calls. 16 unique call types have been described, but there are many more that the research community hasn't yet formally documented. The call that I heard that day in July sounded like the purr of an oversized underwater leopard. It was not at all what I expected. Most of the recordings of whales that I was familiar with at the time were of humpback whale 'song'. Song is long and elaborate, often filled with repeated moans and structured phrases that can last for up to 20 minutes. What I heard was something else entirely. It was short, discrete, and unaccompanied by other sounds. This is one of the primary differences between 'calls' and 'song'. Though not the only one.

Male whales sing, presumably in a breeding context. Each breeding season brings a new song that has been culturally transmitted from males to males. Calls, by contrast, are produced by males, females, and juveniles throughout their migratory range, including on foraging grounds where breeding behaviors are temporarily set aside. While whale song has been the subject of decades of research, investigations into humpback whale calls were largely overlooked until recently.

A handful of biologists have taken a growing interest in the "other side" of humpback whale communication. After my foray on the zodiac I began contacting researchers from throughout Southeast Alaska who had recordings of humpback whales sounds from the region that I might listen to. At the time I was interested in training my ear and familiarizing myself with their calls. When I stumbled onto an early set of recordings made in Alaska by Dr. Roger Payne in 1976, only a few short years after he made some of the first whale song recordings off the coast in Bermuda, I was intrigued. Would the call types be the same nearly four decades later? Or, like song, had the repertoire evolved?

Humpback whales in Alaska spend most of their time foraging. Their behaviors are subdued compared to the flashy actions associated with sub-tropical breeding grounds. It is no surprise that dropping a hydrophone in Alaska sounds very differently than listening in Hawaii. It therefor should come as no surprise that calls, which are the dominant sound type on foraging grounds, are not used like song.

The same calls that I listened to on that rainy July day were present on Roger Payne's recordings from 1976. Moreover, many of them were also recorded on hydrophones deployed by Fred Sharpe and the Alaska Whale Foundation in the 1990's, and more yet were documented by Chris Gabriele in Glacier Bay National Park in the 2000's. The sounds used by whales four decades ago, are still be used by whales today. It took multiple generations of researchers in order to listen to multiple generations of whales.

We have only begun listening in earnest to the sounds of Alaskan humpback whales in the past 10 years or so. That the calls of humpback whales in Alaska persist across generational time scales indicates that they are in some way important, either socially, or ecologically, to this population. We have not yet gleaned what the function of these calls are, but understanding that some call types are fixed in this population is a place from which to build a body of knowledge about this aspect of humpback whale communication.

Henry David Thoreau wrote "It takes two to speak the truth. One to speak, and one to hear." Here in Southeast Alaska, we are listening. 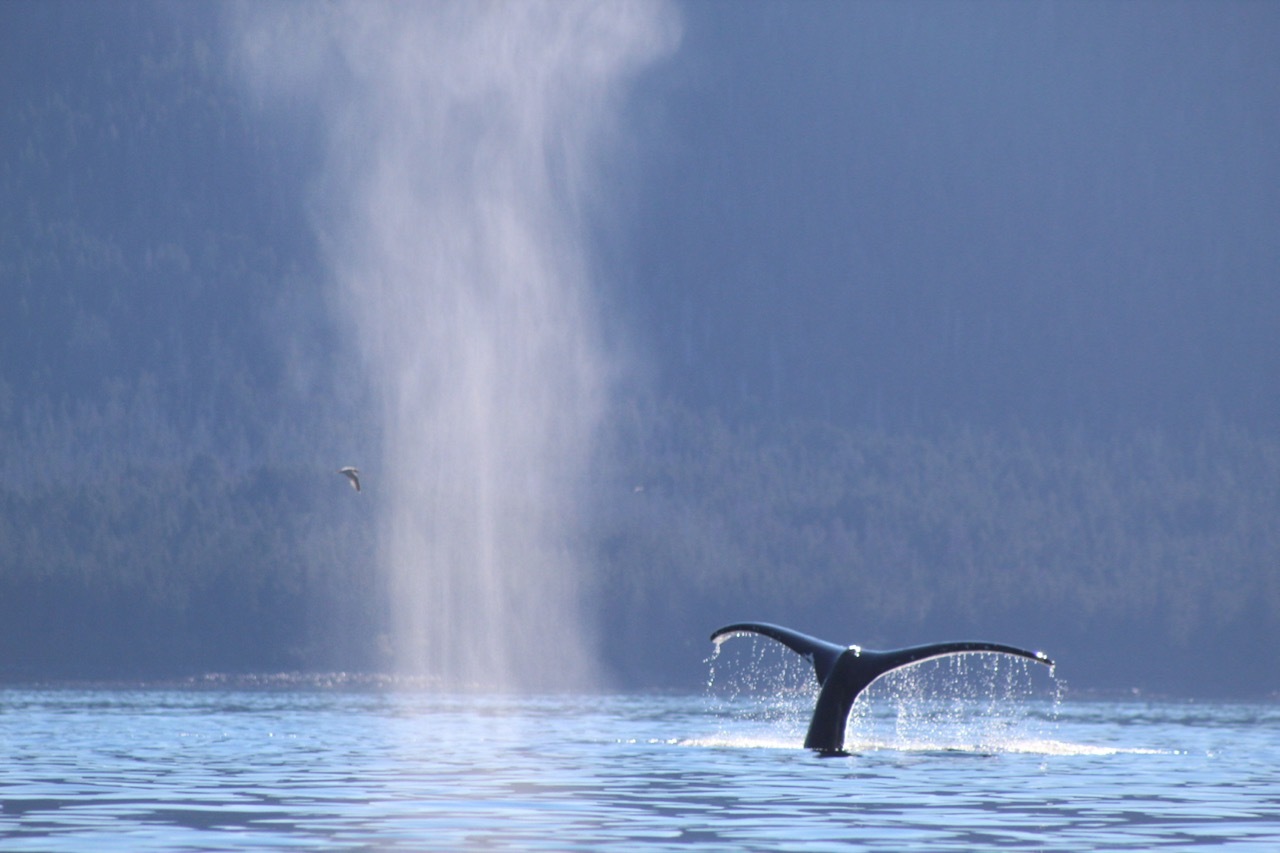 Some things never change: humpback whales use the same calls for generations

Humpback whale song changed the human relationship with whales when it was first described and shared in 1971. But humpback whales do more than sing. New research published in Scientific Reports demonstrates that some humpback whale social sounds - or "calls" - stay in the acoustic repertoire across generations, and that they are absolutely worth listening to.