A bit of curiosity and a massive data collection effort resulted in our large-scale examination of how personality of individual wild great tits shapes the dynamics of pair-bond formation at Wytham Woods, Oxford.

The final month before handing in my thesis was a string of long, uninterrupted, working days with late nights followed by early mornings. My list of Things-To-Look-Forward-To-After-Thesis-Submission included ‘Drinks with friends’, ‘Trip away with my wife’, and ‘Sort out exercise regime’. But one thing that I - slightly annoyingly - couldn’t prevent from nearing the top of the list was: ‘examine the relationship between personality and pair bonding in great tits’. This odd priority was a product of unsatisfied curiosity that had remained unchecked due to time constraints over the past few years but made its way up the list for two primary reasons:

First, even from 2012 when I was first applying for my DPhil position, the proposed project title ‘The Social Ecology of Mating Decisions’ had caught my eye. The studentship was based in the EGI at Oxford University’s Zoology Department, and proposed to monitor the social associations of a long-term study system of great tits to examine how, why and when their monogamous social pair bonds form. Nevertheless, upon embarking on the project I whisked myself away into a world of testing the causes and consequences of social networks in general, and many of the questions surrounding mating decisions that had caught my attention as a prospective grad student had unfortunately remained unanswered.

Second, the one foray I made into investigating pair bonding had illustrated the significance of this social relationship for this species: even months before the breeding season actually began, we found that both sexes would prioritise spending time with their future partner over accessing food. But, teasing this data apart only led to more and more questions, and one in particular playing on my mind was why some birds appeared to follow their partners always and anywhere whilst others only cared about their own needs.

Through this process, I realised that different variants of ‘pair bonding’ were seen across a large range of species, and I followed new studies continually shedding light on the neurological and genetic underpinnings of pair bonding with great interest. Yet, what gnawed away at me was that the extent of variation in pair bonding, and why this existed, within wild populations was largely unknown, despite this often being such a crucial aspect of fitness.

Pair-bonding is, by definition, a property of the dyad. Yet, as my work within social networks had often considered how simple individual-level traits may scale up into dyadic and system level properties, I was keen to consider how individual differences in behaviour, such as personality, may shape the dynamics of these social bonds. This was furthered by a trip to give a seminar in Bristol, where chatting to co-author Christos Ioannou, who was working on how social environments related to fish personalities, resulted in further developing my interests how personality may govern social pair bonding.

I might be slightly biased, but the Wytham great tits felt uniquely suited to answering this question of interest. Although examining the relationship between pair-bond formation and personality may sound pretty straightforward, to do so would need three interlinked datasets, all of which require a tremendous effort to collect within a wild population:

Fig. 1 Wild Great tit tagged with a Radio-Frequency Identification leg band. The tags enable us to track the social associations occurring between each of the monitored great tits in Wytham Woods, Oxford, throughout the winter. Photo credit: Molly Harwood

1. Personality Data  - measuring the personality of a great tit involved capturing them (via mist-netting), caring for them during their short stay in captivity and then recording their behaviour under standardised conditions in a novel environment before releasing them back into the wild. These protocols were implemented at Wytham by co-author John Quinn, who – along with other members of the team - put a great deal of work into assessing the biological relevance of this personality measure.

2. Social Network Data –through simply recording the amount of time individuals spend with their future partners, it would be impossible to separate out birds that were just generally more sociable, and therefore more likely to spend more time with any other bird, from those who actually chose to spend most of their ‘social time’ with their partners. Therefore, to assess their dedication to their partner over and above their ‘general sociability’, we need to know the social associations occurring between all individuals before the breeding season began. Fortunately, all of us in Ben Sheldon’s ‘Social Network Group’ had been amassing this data by RFID tagging the great tits and recording their flocking associations at automated feeding sites across Wytham woods since 2011. This mainly comprised of the twice-weekly chore of carrying motorcycle batteries, and sunflower seeds, to the 65 RFID feeding stations spread across the un-drivable sludgy woodland, and our mist-netting catching efforts taking place on our spare days. Co-author Lucy Aplin was also working particularly hard to measure the personality types of the birds in these winter social networks.

3. Breeding Data – Along with knowing the personality of the individual birds, and the social associations taking place between them over the winter, we also needed to know the final pairing decisions (i.e. who they bred with). Recording the great tit breeding attempts in Wytham was initiated by David Lack in 1947 and has been followed under standard protocols since the 1970s, now making up one of the longest running and largest wild pedigrees in the world. Monitoring the 1019 nestboxes spread across Wytham Woods was how we spent each year’s Spring over the course of this study. Recent efforts have been organised and run by co-authors Keith McMahon and Ella Cole, and analysis carried out on this breeding data by co-author Antica Culina provided much background knowledge into the pairing decisions of these birds.

Fig. 2 The annual 'Wytham Fieldworker' picture from the final year of data used in this research paper. See more of our annual fieldworker photos here.

Therefore, I felt particularly fortunate to be part of this remarkable study system, involving each of the exceptional co-authors and all other members of our group that brought together this unique combination of data behind this paper. Along with my more recreational plans, the week after handing in my DPhil thesis gave just enough time to run a simple correlation for the first year of data, which reported r=0.3 between a male’s personality and their winter social network bond strength to their future female, enough to suggest that more data might be worth examining. The following couple of years gave rise to carrying out further and more detailed analysis into how personality shapes pair meeting times, the dynamics of bond formation, and the consequences for sampling other potential mates. Thinking about what the results could mean for our understanding of pair-bond dynamics, as well as maintenance in personality itself, has produced the paper released today; Therefore, with my curiosity somewhat satisfied, the list of Things-To-Do-After-Paper-Publication now reads ‘Dinner with friends’, ‘Quality time with my wife’, ‘Get on top of exercise’….  and  - slightly annoyingly – ‘examine the link between society structure and personality-related pair bonding in great tits…’ 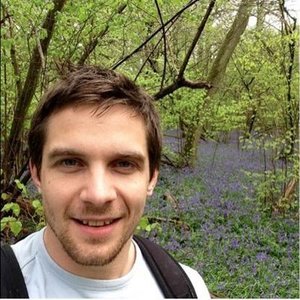