Could we reduce the functional diversity of plant communities to a few schemes?

The functional configuration of plant communities follows a limited number of dominant schemes, which are surprisingly similar to those found for individual plant species.

Too strong is the temptation to paraphrase the famous incipit of the novel ‘Anna Karenina’ by Leo Tolstoy:

The ‘Anna Karenina principle’ applied to plant communities is, in a nutshell, the core of the new paper we have just published in Nature Ecology and Evolution. The exuberance of the plant world when it comes to self-organizing into variously assorted communities puzzled ecologists for decades in their search for patterns and commonalities across regions. Thanks to the unprecedented collection of data made available by sPlot – The Global Vegetation-plot database, we found that the organization of plants into communities follows a limited number of dominant schemes, which are surprisingly similar to those existing at the level of individual plant species.

When it comes to form, shape and colour, the variability of the ~390,000 species of plants known to science is simply amazing. Dragon's-Blood Trees, Venus Flytraps, Strangler Figs and Mediterranean Tapeweed represent very different ways of being a plant. Still, all these species face the same needs: make photosynthesis efficiently, compete for resources, disperse the seeds, and so on. To cope with these challenges, plants have evolved a wide range of features, each being possibly advantageous in a specific habitat. Ecologists call these features ‘plant functional traits’, and there are so many that we need a thesaurus. Traits represent a useful abstraction for coping with the seemingly endless variation of plant characteristics, as recently shown by Diaz et al. (2016), who found that most of the species share specific combinations of traits (i.e. syndromes), suggesting that there may be a global spectrum of plant forms and functions.

What about plant communities, one may ask? Even more than plant species, plant communities are dreadfully variable across the Earth. Some plant communities are composed of 100-m tall conifer trees and tiny herbs such as in the Pacific redwood rainforests, others by prostrate dwarf shrubs and sedge tussocks such as in the Arctic tundra. Are there global patterns and commonalities in the fine-scale variation of their functional characteristics? It took 4 years to bring together the data and test this hypothesis. We are talking about more than 1.1 million vegetation-plots, collected over decades by thousands of vegetation scientists, which collectively constitute sPlot – the Global Vegetation-Plot database. Linking sPlot to TRY – The Plant Trait Database, was no easier task, but in the end allowed us to calculate the community means for 19 functional traits for each of these plots.

Strikingly, we found that plant communities (like Tolstoy's happy families) are less different from each other than expected by chance, which is a plant ecology equivalent of the Anna Karenina principle. Most plant communities spread across two main gradients related to plant stature\seed size, and leaf acquisitiveness, which resemble closely those described for individual plants species. Interestingly, these gradients are independent of macro-environmental drivers, which suggests that plot-scale trait combinations are predominantly filtered by local-scale factors such as disturbance, fine-scale soil conditions, or biotic interactions.

Fig.2 – Filtering by environmental or abiotic processes may explain why plant communities around the world are less different from each other than previously thought. Ute Jandt (CC BY-NC 4.0)

One could argue that the similarity between the species- and the community level was to be expected, as communities are composed of species. However, communities might be composed of very different or very similar species. We found that the latter case prevails globally, suggesting that the drivers of past trait evolution, which resulted in the present day species-level trait spectra, are also reflected in the composition of today’s plant communities. One striking implication is that novel communities arising in the future as a response to global change, will most likely be driven by the same processes, and still show the same trade-offs. We are obviously only scratching the surface of something that promises to drastically transform our understanding of the drivers and mechanisms shaping plant communities. This is extremely exciting, since this understanding is vital to predict the effects of global and climate change, on plant communities and on the ecosystem services they provide us. 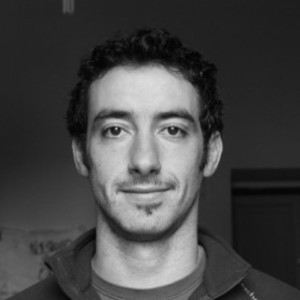 Francesco Sabatini
about 3 years ago

An interesting paper, especially for it's linkage to Anna Karenina principle.