In our recent paper​, my co-author Pascal Niklaus and I describe a journey to the genetic roots of poorly understood ecological phenomena.

The paper has been published here.

Particles or fluids? It is tempting to expect that complex phenomena must also have complicated causes. Or more specifically, that complex properties of a community would be no less difficult to describe than complex properties of the individuals within. It has now become clear that complex traits of individuals (e.g. intelligence in humans or yield of crops) are often highly polygenic; i.e. variation in these traits is driven by many genetic variants that each contribute small effects. Understandably, their inheritance seemed so complicated, that early models assumed the inherited principles to “mix and flow” like a fluid. One of our celebrated science heroes, the famous monk Gregor Mendel with his strong interest in horticulture, demonstrated otherwise: through the study of peculiar traits in peas, comprehensive crossing schemes, and combinatorial logic he inferred that inheritance resembles the mixing and re-arrangement of “particles” rather than that of “fluids”1⁠. He had just outlined an astonishingly simple model of inheritance still used today.

From cells to individuals to communities. Over the course of my career, I had gradually moved from studying small things (e.g. single cells) to studying bigger things (e.g. organs, individuals) by the use of molecular genetics. When joining an inspiring new environment after my PhD, the community ecology group led by Bernhard Schmid (University of Zurich), I came across an intriguing phenomenon at an even higher level of biological organization – biodiversity effects. These are emergent properties of groups or communities, in which diversity more often than not increases group productivity and functioning (Figure 1). I was immediately hooked.

The long-standing puzzle of biodiversity. Biodiversity effects have been studied extensively – I still get lost in the vast literature! – with evidence of effects of diversity reported at a range of organizational levels (e.g. genotypes, species, communities) and on a range of community functions (e.g. nutrient retention, productivity). While the basic hypotheses of positive interactions among functionally different species can in fact be traced back to Darwin2⁠, it was only in the early 1990ies that this idea attracted a renewed interest3⁠ and was hugely popularized by the work of David Tilman and colleagues at the now-famous Cedar Creek grassland experiments4,5. And yet, surprisingly little is currently known about the mechanisms that underlie these effects.

I decided to pick up this challenge – and got the necessary and extremely valuable support of my colleague and expert in the field, Pascal Niklaus (Figure 2). Together, we decided to use genetics to examine whether the mechanisms behind diversity effects are indeed as complicated as one could naively expect (i.e caused by polygenic differences between individuals) or whether they are more simple (“Mendelian”). Looking back, it really was one of these projects with uncertain outcomes and high risk of failure - but very soon, the first results would blow our minds!

Figure 2: Left and center: Greenhouse and simple model plant communities that were used in this work. Communities consisted of four plants, and either one (monoculture) or two (mixture) genotypes, and above-ground productivity was mainly the property of interest. For this and a yet unpublished project on biodiversity effects, many, many plants were grown. Many! Right: The two authors in their natural habitat.

A most unusual genetic map. For our work, we used very simple model plant communities grown in a greenhouse, and focused on genotypic (not species) diversity effects on above-ground productivity in Arabidopsis, the genetic plant model of choice. In order to genetically dissect the effects seen in a specific combination of Arabidopsis genotypes, we utilized recombinant lines derived from a cross between these, and developed our first quantitative trait locus (QTL) map of a biodiversity effect. To our amazement, the map turned out extremely simple: it pointed to a single major effect locus on chromosome four (Figure 3). In essence, plant groups containing individuals that were genetically different at this one QTL were more productive than groups containing individuals that were not different. I was amazed, and yet uneasy. Was this just too good to be true? Starting from our simple genetic map, much more work would be needed until our doubts were fully dispelled. And this in times of dwindling funds and with unemployment constantly looming around the corner. The experiences gained were exciting and stressful at the same time. Reluctantly, I have to admit that during the analysis of a key experiment I even dropped a few tears in awe and relief. I am just glad there were no witnesses.

Figure 3: A genetic map of diversity effects on aboveground productivity. A major effect locus is visible on lower arm of chromosome four, a region in which the genetic difference between individuals leads to higher than expected group productivity. LOD: logarithm of the odd. Ticks above the x-axis represent molecular markers. Adapted from Figure 2b of our paper.

A small difference can have a large impact. By tapping deeper into the genetic toolbox and through multiple, independent means, we then demonstrated that a single discrete genetic element can drive a large part of the studied genotypic diversity effect: we fine-mapped this effect to a rather narrow chromosomal interval and showed that diversity in this region acts independently of the rest of the genome (Figure 4).

Figure 4: A reductionist genetic model of genotypic diversity effects. Left: In our work, we found that groups of individuals with near-identical genomes but differing at a single chromosomal region were more productive than groups with of individuals with identical genomes. Right: This suggests a simple model, whereby within such plant communities, two types of “particles” (i.e. alleles in a homozygous state) synergistically interact with each other.

As we went on, we also observed further twists and complications, e.g. that the diversity effect at the identified locus strongly depended on soil type (just to make things more complicated). The most intriguing finding, however, was that strong interactions between individuals carrying different alleles not only occured when they grew simultaneously in a community! When we re-used the soil conditioned by the plant communities from our mapping experiment, we measured a persistent legacy of allelic diversity on the growth of a new generation of plants – mediated through (yet) unknown soil factor(s) (Figure 4). In summary, these are seemingly very complex community properties – which our map and experiments suggest to have simple genetic causes.

Figure 5: Strong interactions between alleles at the identified locus are not restricted to simultaneously grown individuals. As we re-used soil from the communities used for genetic mapping for a next generation of plants, the growth of indicator plants (“phytometers”) were significantly influenced by allelic diversity in the previous generation. Adapted from Figure 1d of our paper.

Particles, not fluids, underlie complex community properties. Many people I have presented our results to were, though intrigued, also a bit disappointed. Our model remains rather abstract. Many would have preferred references to specific names of genes or chemicals involved. I am happy to say that we are making rapid progress in that direction, and knowing said details will likely enhance our understanding of biodiversity effects. Yet my own fascination about genetics has always been fuelled by papers that highlight the amazing capacity of the human mind for abstraction, through which simple, macroscopic observations are turned into a deeper understanding of nature. My favourite examples of this are, quite naturally, the inferrence of a particulate mode of inheritance by counting peas5⁠; but also predicting the triplet nature of the genetic code by couting “dots” (phage plaques) on a bacterial plate6⁠. Humbled by - but hopefully in the best tradition of - such work we conclude that the complex community properties we studied are driven by “particles, not fluids”.

Acknowledgements. This work was enabled by the very generous support by Prof. Bernhard Schmid and Prof. Ueli Grossniklaus, the helping hands of Matthias Philipp, Matthias Furler, Dorde Topalovic and Enrica De Luca, and funds from the Swiss National Science Foundation, the University of Zurich and the European Comission. Finally, I would not have finished it without the continous support of my wife, Chloé Amanda. 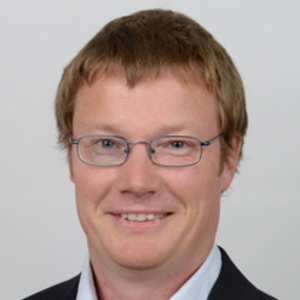