dispNet: building a network for distributed experiments in dispersal ecology and evolution

For me, the story behind our recent paper in Nature Ecology & Evolution ("Bottom-up and top-down control of dispersal across major organismal groups") is a story about curiosity, trust and how science should work: in collaboration to achieve more than we individually can.

The dispNet project and our journey started in 2014 when we realized that across Europe a growing number of research groups were starting to use model systems, ranging from unicellular protist in the laboratory to vertebrates in seminatural enclosures, to study spatial ecology and evolution. While some of us were exchanging ideas on a regular basis, others were new to the game and not well integrated into the community. With the naive idea of fostering exchange and collegiality instead of competition and distrust, Jean Clobert, Staffan Jacob and I decided to invite everyone we knew of in this field to meet at the foot of the French Pyrenees, at a field station of the CNRS in Moulis. After a rather unproductive meeting everyone dispersed back home and the only thing we had achieved was having met. While this may sound like quite a negative start, we had set the stage for a lot more. One year later we met again, this time hosted by Nicolas Schtickzelle and Dries Bonte in Louvain-la-Neuve, Belgium. Thanks to the relationships we had built up a year before in France we decided to take a step further than just talk. We wanted to pool our resources and share results to advance our field of science. Within three days of discussions we decided to perform a coordinated distributed experiment, discussed hypotheses and predictions and outlined experimental protocols. This is when we realized that we had not been naive in the beginning, but rather aiming low: after the meeting in Belgium, we went home, planned experiments in 21 species in detail and actually performed them within the next field season in summer 2016.

Fig. 1: Some of our study species.

After having performed experiments and collected data we came back together where everything had started: in Moulis. After discussing results and analyses, it took us more or less one year to finish our first collaboration: our current NEE paper had emerged!

For me this is an incredible success story: going from only loosely knowing some of us to a published collaborative experiment in 4 years is amazing! Currently, we are working hard to use this momentum and to make this the beginning of a successful series.

From a scientific point of view we now know that, and especially how, dispersal, a central life-history trait, is influenced by the food web context, specifically, bottom-up and top-down forces. While for some of us this was expected, for others, this shed a new light on the importance of behavioural decisions. Most importantly, our work calls for a rethinking of (evolutionary) metacommunity ecology, where dispersal is often seen as neutral and random. Our coordinated effort demonstrates the contrary and calls for an extension of theory. 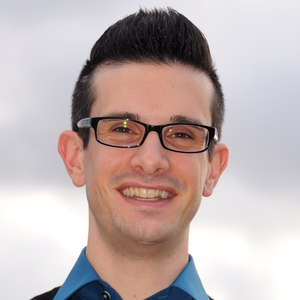