Figure 1: A) Schematic of the forest community in the southwestern U.S. along a mountain slope, with elevation data for Douglas-fir sampling locations. Targeted (ITRDB) samples of Douglas-fir tend to be taken from lower and warmer locations in this species’ elevation range. B) Targeted (ITRDB) trees also tend to be much older compared to the forest inventory trees. C) Selection of trees on steep, rocky slopes with little soil water capacity leads to greater ring-width variability in ITRDB trees compared to FIA trees.

Figure 2: Contrasting site and tree conditions. At left is an upper elevation (2743 meters), Douglas-fir dominated forest inventory plot, with fertile growing conditions and high tree density. At right is another Douglas-fir dominated site, but this one at lower elevation (2286 meters), targeted for its older trees and nearly non-existent soils. Site conditions such as those at right limit moisture available for tree growth and result in higher ring width variability and a stronger response to climate variation. The two forests are just 27 km apart. The site in the right-hand photo would be considered a good sampling site for answering questions about historic climate variation, and thus may be typical of ITRDB sampling sites. In contrast, the site in the left-hand photo would not be considered a desirable sampling site for research questions aimed at better understanding the climate system. Photos by C. Guiterman.

The implications of these differences become evident when we predict future tree growth. The ITRDB and FIA tree-ring data unequivocally agree that tree growth declines with increases in temperature. Changing climate is increasing regional temperatures, causing drought stress to trees. However, the projections for decline are less extreme when based on the FIA dataset. A direct comparison between the two indicates that ITRDB-based projections overestimate tree growth decline by 41 percent. These findings suggest a certain degree of resilience of forested landscapes – not all trees will go the way of the ITRDB trees. They also remind us that we need data from a broader range of study designs to fully understand – and predict – the effects of climate change on forests. 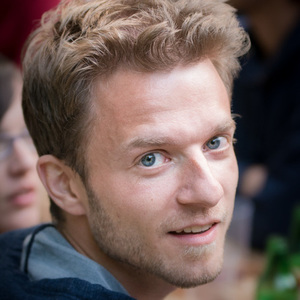