Big Rivers: dilemmas of the past, present and future

The world’s large rivers provide insights into landscape evolution, the growth of civilization and evolution of some of the most diverse ecosystems. They are also home to billions of people. Yet these big rivers now face unprecedented anthropogenic pressures, reviewed herein, that threaten their survival.

Big rivers are the aqueous arteries that have enabled human civilizations to thrive, and they make life possible for billions of people on Earth today. The patterning and morphology of large rivers also form a template that reflects changes in the processes that have shaped great river valleys – from changes in climate, to rises and falls in sea-level, to immense tectonic movements that may have operated over tens of millions of years. The sculpting of the world’s great rivers has also helped shape the evolution of their flora and fauna, and created some of the most diverse habitats on Earth. At present, anthropogenic change is enforcing modifications - and posing threats - to the world’s big rivers at rates humans have never witnessed before. In the near future, many big rivers face critical geomorphological, ecological and societal change that may drastically alter their functioning. This context sets the scene for my review paper ‘Anthropogenic Stresses on the World’s Big Rivers’ just published in Nature Geoscience.

Elevation map, constructed from Shuttle Radar Topography Mission (SRTM) data, of parts of the upper Amazon River basin. Such maps illustrate the complexity of river channel patterning, with the modern river eroding into older deposits, for instance as seen by the erosional scars of large meander bends and the development of dendritic drainage networks, which record the imprint of various controls on sediment flux and river incision.

As a process sedimentologist and fluvial geomorphologist, I have always been fascinated by how rivers work, and my opportunity to study big rivers began on the Jamuna (Brahmaputra) River, Bangladesh, in the early 1990’s. Our research was part of an international project studying this mighty river, in a highly populous country that is dominated by its fluvial landscape, in the aftermath of the devastating floods of 1987 and 1988. In a study concerning the dynamics of sand islands, or ‘chars’ as they are called in Bangladesh, led with my colleague Professor Phil Ashworth (now at the University of Brighton, UK), our team used innovative techniques for measuring flow and bed morphology to better understand how deep scours1 and sand islands2 evolve in such large, sandy rivers, and what these deposits look like in the subsurface record3. Such studies find applications both in the analysis, prediction, and management of bank erosion and channel change in contemporary channels, and the construction of models of ancient alluvial landscapes.

From this initial work, new research blossomed on a range of the world’s big rivers – including the Paraná, Mekong, Ganges, Jamuna, Meghna, Mississippi, Columbia and Amazon rivers – and centrally was enabled by a range of international collaborations with a wide group of inventive and free-thinking colleagues from across the earth and engineering sciences. Not only did these research projects allow study of sedimentological, geomorphic, and related infrastructure change, but they also brought us into contact with riverine landscapes, as well as their wildlife and inhabitants, that were obviously changing fast due to a range of man-made pressures.

We were fortunate that over this twenty-five year period, research concerning the fluid dynamics, geomorphology, and sedimentology of large rivers witnessed an astonishing technological revolution – through the development and use of techniques such as Acoustic Doppler Current Profiling (ADCP) to quantify the structure of flow and suspended sediment distributions; Multi Beam Echo Sounding (MBES) that can yield super-high resolution maps of the river bed in very deep channels, as well as characterization of the water column (for instance, for suspended sediment or fish); and both acoustic and electromagnetic methods for imaging the subsurface sediments. Related technological progress is still proceeding apace, such as in remote sensing from satellites (for instance, the CubeSat constellations of Planet.com and future NASA Surface-Water Ocean Topography (SWOT) mission) and airborne drone and LIDAR imaging.

New techniques, such as Multi Beam Echo Sounding (MBES), here on the Amazon River, have revolutionized field study of the world’s big rivers

Big rivers sustain life and nourish populations, as shown by a fisherwoman (above) and fish haul (below) in the Tonlé Sap, Cambodia’s great lake, that is a key nursery for fish in the Mekong River

The spark that ignited my desire to embark on this review was the thought-provoking paper4 by Edgardo Latrubesse and colleagues published in Nature in 2017, “Damming the rivers of the Amazon Basin”. This paper examined threats to the Amazon River and its principal tributaries from dam construction, and proposed an index of vulnerability that combines basin integrity, fluvial morphodynamics and dam impact. This important contribution showed that the effects of anthropogenic change will trigger massive biophysical alterations to the Amazon River, its estuary and sediment plume that reaches out into the Atlantic Ocean.

The present review highlights the likelihood of similar massive biophysical change looming for many of the world’s great rivers. My review discusses several areas of anthropogenic influence – damming, climate change and flooding, pollution, water withdrawal and water transfer, the introduction of non-native species, river fragmentation, and sediment mining – that are enforcing rapid change upon the world’s big rivers. In addition, and critically, the review emphasizes that sustainable solutions may be possible to ameliorate some of these effects, but only through an inclusive governance framework. Such a framework demands interactions and collaborations between all stakeholders – river dwellers, scientists and planners, industry, energy sector, governments and NGO’s – and action in the very near future.

Sand mining in the Mekong River: extraction of sediment is threatening the sustainability of sediment flux in many big rivers

Bank erosion affects many char dwellers in Bangladesh, such as along the Padma River

Bank erosion and pollution: twin issues of river sustainability as shown next to a temple, Mekong River, Cambodia

Flooding: how will anthropogenically-induced climate change affect the magnitude and extent of both flooding and drought in the future?, such as on the Mekong River, Cambodia

As I researched and wrote this review, I found that besides these areas of anthropogenic threat to the world’s great rivers, two other themes resonated across many disciplines within the papers cited. First, we often lack sufficient knowledge or data concerning the geomorphology, hydrology, water quality and ecology of the world’s great rivers. For example, we still have: only a rudimentary understanding of how much sediment such rivers transport; an incomplete characterization of the exact nature, numbers and distribution of their flora and fauna; a poor understanding of pollutant pathways and nutrient loading; little idea concerning the quantity of sediment extracted from such river beds; or the implementation of solutions to address the basic, but absolutely key, issues surrounding domestic and industrial waste. Thus it is currently exceedingly difficult, if not impossible, to establish reliable baselines from which the effects of ongoing anthropogenic changes can be assessed, modelled and predicted. Such data is clearly essential for future sustainable management.

Paradoxically, we have, or are fast developing, the tools with which to collect and analyze such data from the worlds big rivers. Unfortunately, although we have both the tools and (in many river basins) the prerequisite scientific and organizational structures to deploy them, there is presently often insufficient socio-political will to support large-scale monitoring.

Politically and socially, we must ask: if we can develop essential new knowledge and scientific discoveries by sending probes to the depths of the oceans or the furthest regions of the solar system, is it too much to expect that we possess a reliable understanding of the world’s great rivers on which so much of the world’s human population, and a huge slice of the Earth’s natural biodiversity, rely?

Such a question may appear naïve, but it is not. Now is the time to commit to gaining such knowledge by fully grasping and utilizing the new techniques that are at our disposal.

The second common thread that emerges from this transdisciplinary literature is that to wait too much longer to take action will simply be too late.

This Behind the Paper was originally posted on the Nature Research Sustainability Community.

The papers is available here or on this SharedIt link

Jim Best is the Jack and Richard Threet Professor of Sedimentary Geology, and Professor of Geography and GIS, at the University of Illinois at Urbana-Champaign, USA, where he also holds affiliate positions in Civil and Environmental Engineering and Mechanical Science and Engineering. He can be contacted at jimbest@illinois.edu or on Twitter: @KHwave. 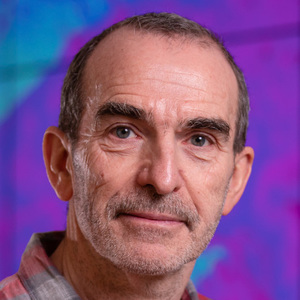 Professor of Geology, and Geography and GIS, University of Illinois at Urbana Champaign