Neanderthals and Upper Palaeolithic modern humans exhibit similar overall incidences of cranial trauma that are higher for males of both taxa; however, there are species-specific, age-related variations in trauma prevalence.

by Judith Beier and Katerina Harvati

A person accumulates injuries during his or her lifetime from accidents or violent encounters, which are often preserved on bones as shallow depressions, scar-like surfaces or acute breakage edges. These can be used by bioarchaeologists to reconstruct past lifestyles and behaviours. Such marks found in Neanderthal skeletal remains have been used to propose that, unlike modern humans, Neanderthals’ lives involved an exceptional high number of traumatic injuries – a common view among paleoanthropologists and the general public alike.

In our recently published paper, we tackled the question of whether Neanderthals suffered from more cranial injuries than our ancestors, the earliest Upper Paleolithic modern humans. You can find the paper here.

When testing for differences in trauma prevalence between the two taxa, we also accounted for several other factors, such as age-at-death, sex, and degree of skeletal preservation – since trauma prevalence is known to vary with these variables. In order to grasp how frequent head injuries were in the populations of Neanderthals and Upper Paleolithic modern humans we could not focus on injured skeletons alone – rather, we conducted a comprehensive data collection involving fossil remains both with and without sings of injury.

Ideally, we would have travelled to museums and institutions all over Eurasia and would have examined every fossil in person. However, we soon realized that this ambitious venture would not be feasible in terms of time, money, or accessibility. Data collection from the literature – assuming that these rare and valuable finds were well-published and adequately described – on the other hand, seemed doable. Having said that, it took us over three years and endless hours in our university’s libraries to study the more than 2,000 papers, book chapters and monographs used to build up our database. Most of the time the work resembled that of a detective, trying to put together and make sense of fragmentary pieces of information from various publications covering the last 200 years of Paleolithic research. Quite frequently we would brood over site stratigraphies and fossil bearing strata, dating results and site chronologies, over cranial specimens, their surprisingly frequently changing labels, discussions of taxonomic allocations, age or sex determinations, or the question which portions of a skull are original and which were reconstructed.

Ultimately, we were able to include the remains of 114 Neanderthal and 90 Upper Paleolithic modern human crania in our analyses, comprising a total of 836 single cranial bones. The specimens come from sites all over western Eurasia and are spanning a time between 80,000 and 20,000 thousand years ago.

We found no indication that Neanderthals showed more head injuries than Upper Paleolithic modern humans and thus rejected the hypothesis of higher head trauma rates in Neanderthals. Instead, our analyses revealed striking similarities across the taxa: in both groups males were more likely injured than females. Perhaps males were more likely involved in accidents or high-risk activities, like hunting or fights. Or there were possibly other culturally determined behaviours and activities, exposing males to higher – or females to lower – risks for injuries. We also found an interesting taxon-specific age-related trauma pattern: Neanderthals younger than 30 years had a higher trauma prevalence than modern humans of the same age, but a similar prevalence when older than 30 years. This pattern was pretty challenging to interpret. To begin with, once an injury is healed, it usually is not possible to assess at what age it was acquired. All we can see is that a person of a certain age died and bears the signs of a traumatic event, which happened at some point earlier in life. We therefore think that there could be two alternative explanations for the results of the age-related trauma pattern: 1) it could result from Neanderthals incurring cranial injuries earlier in life than Upper Paleolithic modern humans, or, alternatively, 2) it could indicate that Neanderthals were at an elevated risk of mortality after surviving cranial injuries as compared to Upper Paleolithic modern humans. To make things even more complicated, the two scenarios are not mutually exclusive.

There are a several possible reasons why individuals, populations, or one age cohort may exhibit different injury proneness or mortality risks. Different types of activities may lead to different exposures to risky situations. Different, either more or less cautious, individual temperaments may be involved. Differing long-term consequences, such as impairments, may result in differential mortality risks. Or the severity of injuries or care of the injured may vary. But at present we can only speculate about such possible explanations and must wait for future studies to address them.

The investigation of injury prevalence in Paleolithic humans turned out to be a challenging endeavor, yet we will continue with this fascinating research subject as there is still much to do! For example, in our study we only considered cranial fossil remains, so future research should incorporate post-cranial remains as well. Our study provides a conceptual template for that. Now it’s time to go back to the library and once more delve into the detective work of deciphering the literature… 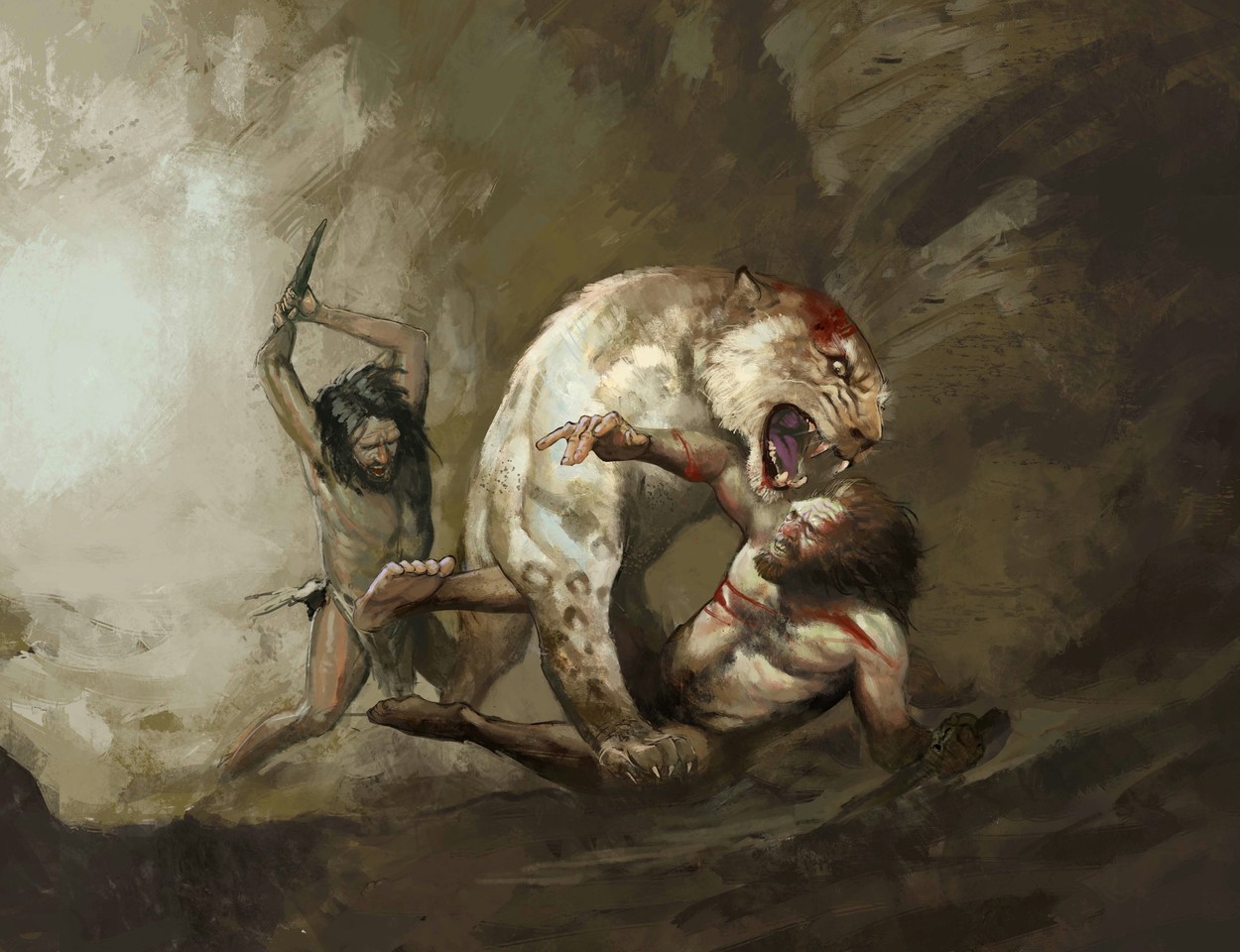