By studying the blood-forming system (hematopoietic system) of a colonial tunicate we have found how close we are, and how conserved are the basic mechanisms of blood and immune cells development between humans and these basal chordates. Moreover, the basic mechanisms of stem cell transplantation and their recognition are conserved in evolution.
Benyamin Rosental
Principal Investigator, Ben-Gurion University of the Negev
Follow
Liked by Patrick Goymer and 2 others

The identification of a complex haematopoietic system in a colonial tunicate sheds light on the evolution of the mammalian blood system.

In our research, that was published in the latest issue of Nature (Dec. 20th), we have characterized the blood-forming and immune systems of a unique model organism, Botryllus schlosseri, a colonial tunicate, which is part of the chordates and our closest invertebrate relative. Interestingly, B. schlosseri colonies undergo a natural transplantation phenomenon by fusion of their blood vessels and creating a chimeric animal were the stem cells of each individual can localize to the stem cell niches and develop the tissues. So basically there are two steps, the first is the immunological recognition which will determine if a blood fusion or rejection will occur, and the second step is the stem cell-based transplantation. Our research started after two major advancements in the B. schlosseri model, the Botryllus genome project and the discovery of the Botryllus histocompatibility factor (BHF), both led by Dr. Ayelet Voskoboynik (eLife 2013, Science 2013, respectively).

The major challenge in characterizing the cellular populations in a non-classical model organism is the ability to separate and distinguish the different cellular populations. After a meeting of Dr. Benyamin Rosental and Dr. Shih-Yu Chen at an immunology meeting, they have decided to screen by Cytof mass cytometer for a large assortment of antibodies that could be used as a cluster of differentiation. Surprisingly, about 10% of the screened antibodies could be used to differentiate B. schlosseri cell populations.

After separation of 34 cellular populations (24 endpoint populations), on the cellular and molecular levels, we have found: i) The myeloid lineage cells that are taking part in phagocytosis (the immune engulfment of a target) that are homologs to the human phagocytic cells. ii) We have discovered and isolated the cytotoxic cells of B. schlosseri that take part in the direct killing of target cells, those cells are responsible for rejection in transplantation. We succeeded to show that they work in a similar fashion to human Natural Killer cells by recognizing self-molecules on the target cells. iii) We have found and isolated the blood-forming stem cells and showed their differentiation potential to other cell types by transplantation assays; injection of cells to animals and showing their differentiation to different blood cell types. iv) We found that the sub-endostyle sinus is the blood-forming stem cell-niche in B. schlosseri. All our findings on the cellular and molecular levels were validated using functional assays of immune cell activity and transplantations.

The most surprising discovery was when we have found a significant homology between human hematopoietic bone marrow (blood-forming system) and the B. schlosseri blood-forming stem cell-niche. This homology was found using multi-gene analysis showing more than 300 homolog genes that share their expression. This shows the importance of the conserved mechanisms in this tissue, which survived 500 million years of evolution and enable the development and proliferation of the blood-forming stem cells. 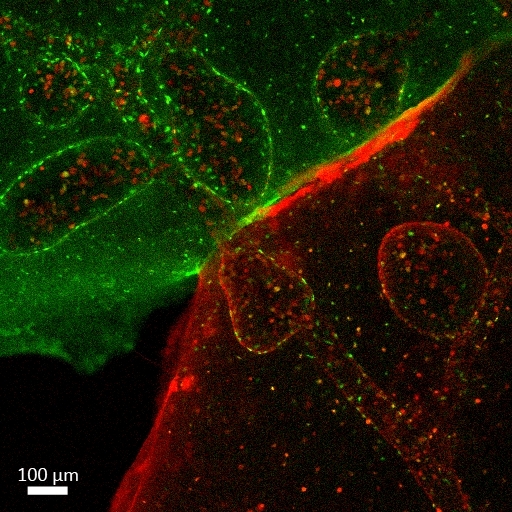