Evaluating system robustness and the biodiversity of farmland

Methods to evaluate the ecological risks and impacts of new managements have typically measured changes in the amount of individual species (autecological approaches). While these approaches do address whether certain taxa may be affected, such lists of taxa change do not predict whether the ecosystem as a whole will be changed. The question we addressed in our recently published paper in Nature Ecology & Evolution paper #1 was whether replicated food webs would provide a valuable addition to autecological risk assessment approaches by elaborating the system-level responses of novel farm management. We examined a case study of 512 food webs from genetically modified, herbicide-tolerant (GMHT) crops as an example of the farm managements we might consider in the future.

Concerns about the adoption of genetically modified (GM) crops and their effects on agricultural biodiversity began to grow in the mid- to late-1990s as a number of GM crops came close to commercialisation. The fear was that the management of these crops would lead to a further acceleration in the decline of agricultural biodiversity. This led the UK Government to establish the Farm Scale Evaluations (FSEs) in 1999 to evaluate the effect of adopting novel GM herbicide management, associated with four herbicide-tolerant crops (GMHT spring-sown beet, maize and oilseed rape and winter-sown oilseed rape) on farmland biodiversity. The results from 256 paired sites of GMHT and conventional crop varieties demonstrated significant effects of GMHT herbicide management on certain taxa and ultimately led to an agreement to postpone indefinitely the commercialisation of these crops in the UK.

These results were the subject of much debate amongst those for and against adopting GM. Both groups were concerned about the interpretation of the FSE results, such as whether the results might have arisen spuriously or the statistical power to detect a change would miss smaller changes that were still important. While the consortium of scientists who did the FSEs worked to answer these questions, including doing extensive post-hoc power analyses of the results, there was debate within the consortium as to whether the autecological approach, which tested each taxa in isolation, unambiguously indicated a systemic change to the agricultural ecosystem.

A more wholistic approach to ecosystem change, such as that afforded by ecological network analysis, would arguably have provided some of the solutions to these problems. The importance of changes in species abundance or diversity, of whatever size, could have been placed in the context of network structural change in the ecosystem across the 512 conventional herbicide and GM herbicide management sites. Unfortunately, constructing networks for the FSE would have been far too costly, both financially and in terms of the time needed.

We have previously shown that it is possible to reconstruct replicated trophic networks (food webs), using a combination of ecological sample data and artificial-intelligence (machine learning), rapidly and cheaply #2. The case study question we addressed in our paper in Nature Ecology & Evolution paper #1 was whether replicated food webs, reconstructed in this way from the FSE sample data, would show effects due to GM herbicide management.

What we found was that network-level properties were overwhelmingly shaped by the type of crop grown, with marked differences in the food webs constructed between the 4 crops tested (Figure 1.). GMHT herbicide management does not alter the structure and robustness of farmland networks, however. While this case study did not examine networks constructed for all the protocols that exist in the FSE data, notably not assessing pollination networks, our analysis suggests that the autecological changes recorded in the FSEs would have been less likely to be interpreted as a systemic and potentially critical risk to the agricultural ecosystem if network-based approaches had been included. Such system-level, network evaluations of farmland biodiversity and robustness would complement existing autecological risk assessments of farmland management and evaluate ecosystem-level effects; potentially better meeting the pressing need to identify and adopt new farm management practices that are sustainable. 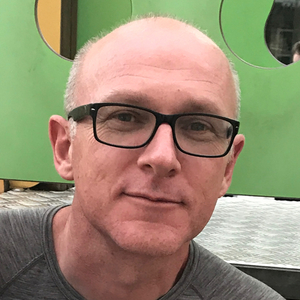 I am a quantitative ecologist who tries to understand what makes farmland valuable to humans, both in terms of producing the food we need and as the ecosystem in which much of the biodiversity and ecosystem services we value are delivered. I use a mix of methods, including ecological network approaches, fieldwork and co-development with farmers to test ecological theory and to develop farmer-acceptable practices for the sustainable management of farmland.
Follow