New fossils from China show that pterosaurs, the flying reptiles that lived side-by-side with the dinosaurs, had four types of dermal structures, some of which show branching - could these be feathers?

The story began in the summer of 2015 when I was invited by Baoyu Jiang from the University of Nanjing to go in the field with his team. The site to be investigated was Daohugou in Inner Mongolia, which had produced an amazing assemblage of fossils, including mammals, pterosaurs and dinosaurs.

We were interested in the pterosaurs, however. Our aim was to investigate the evolution of feathers, and Daohugou is famous for the exquisite preservation of feathers. Since 1990, hundreds of dinosaur specimens from China have shown that bird-like feathers originated many millions of years before the origin of birds. In fact, isolated fossils had shown feather-like structures in some ornithischian dinosaurs, very distant from birds in the evolutionary tree. Needless to say, many palaeontologists disputed the homology of the ornithischian fluff with avian feathers and preferred to call it something else.

So, what about pterosaurs? Pterosaur fluff had been identified in the nineteenth century, but palaeontologists had always been cautious and named it ‘pycnofibres’, suggesting by the special name that the fluff of pterosaurs might have evolved independently from the feathers of birds. We eventually found the specimen we were looking for, a Daohugou pterosaur with thick fluff all over its body, and which had not been painted over with lacquer. We need a clean surface for microscopic and geological study.

We intended to challenge the orthodoxy and make a case that pterosaurs and ornithischian dinosaurs all possessed feathers. The driver came from recent work in genomic controls on development which told an exactly opposite story to the cautious scepticism of many palaeontologists. The Wnt, BMP and Shh developmental pathways in vertebrates are shared by the denticles of sharks, the scales of bony fishes and of reptiles, and the hair of mammals and feathers of birds. Further, genomic work shows that lizard scales, bird feathers and mammal hairs are the default, and they have to be suppressed by additional genomic regulators to stop them developing.

Zixiao Yang, lead author of our paper, discovered four pycnofibre types in our pterosaur specimen, and in another specimen – filaments, filament bundles, tufted whiskers and down – all of which occur in specific areas over the body and wings. We recognised all of them as present in dinosaurs and could see no reason to continue calling them pycnofibres. In all details of their morphology these three occur widely among dinosaurs, including close relatives of birds, so we say they are all feathers. The absence of feathers in large sauropod dinosaurs and armoured dinosaurs is explained by suppression (as hair is suppressed in elephants and whales).

Feathers are not unique to birds. They occur in birds, dinosaurs, and pterosaurs, and this brings their origin down to the Early Triassic, some 250 Mya, a time when the two main tetrapod lineages, the diapsids and synapsids, were speeding up and heating up, as life recovered from the devastating end-Permian mass extinction 252 Mya. Independent evidence shows that these animals shifted from sprawling to upright posture (footprints) and speeded up their thermoregulation (bone histology, bird-like respiration, oxygen isotopic data). This radical new vision clarifies and simplifies our understanding, and definitively strips birds of the uniqueness of their feathers. 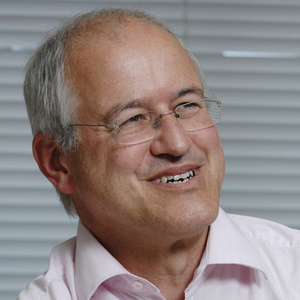 “These findings could imply that feathers had deep evolutionary origins in ancestral archosaurs, or that these structures arose independently in pterosaurs.”

The latter is true and has been known for 19 years (Peters 2000).  The problem here is taxon exclusion. Filament structures also arose in the lepidosaur fenestrasaur ancestors of pterosaurs, including Cosesaurus, Sharovipteryx (Fig. 1) and Longisquama (Fig. 2). None of these are archosaurs. The archosaur hypothesis for pterosaur origins has failed to produce even one taxon with a list of pterosaur synapomorphies that is not trumped by the taxa (above) first specified in Peters 2000 or more recently improved in the large reptile tree at ReptileEvolution.com, which includes pterosaur ancestors extending back to basal lepidosaurs, basal reptiles and Devonian tetrapods.

A little backstory:
Benton 1999 promoted the sisterhood of the basal bipedal crocodylomorph, Scleromochlus, and pterosaurs. Peters 2000 tested and invalidated that and three other prior analyses by simply adding the above taxa. Benton was not happy with Peters 2000.

Benton and David Hone wrote a two-part set of papers (Hone and Benton 2007, 2009) that declared they would test two competing hypotheses of pterosaur origins Peters 2000 (fenestrasaurs) vs. Bennett 1996 (archosaurs). The second paper (2009) dropped all references to Peters 2000, deleting the taxa documented by Peters and falsely ascribed the now gutted hypothesis also to Bennett 1996. Ultimately Benton and Hone were unable to find any reasonable ancestors for pterosaurs that shared a suite of pterosaur traits. That’s because they omitted the valid candidates.

So this is an ongoing problem.

It is noteworthy that the clade of anurognathids from which the feathery extradermal structures were observed includes Jeholopterus (IVPP V12705), which has even more extensive 'fluff'. Such feathers in owls help them remain silent as they fly. This is a derived trait in pterosaurs, as in owls, restricted to those clades alone, at present, by convergence.

Bennett SC 1996. The phylogenetic position of the Pterosauria within the Archosauromorpha. Zoological Journal of the Linnean Society 118:261-308.

Benton MJ 1999. Scleromochlus taylori and the origin of the pterosaurs. Philosophical Transactions of the Royal Society London, Series B 354 1423-1446.

Hone DWE and Benton MJ 2007. An evaluation of the phylogenetic relationships of the pterosaurs to the archosauromorph reptiles. Journal of Systematic Palaeontology 5:465–469.

Hone DWE and Benton MJ 2009. Contrasting supertree and total evidence methods: the origin of the pterosaurs. Zitteliana B28:35–60.

David Peters presents his views, with which I, and the majority of working palaeontologists, disagree. Our statement that Pterosauria is close sister group of Dinosauria is based on a great deal of published evidence by a large number of authors who have examined the specimens. There is no need to repeat all that here.