For World Cancer Day, here's a collection of articles that illustrate the importance of evolution and ecology for understanding and combating cancer.
Patrick Goymer
Chief Editor, Nature Ecology & Evolution
Follow

The evolutionary landscape of colorectal tumorigenesis

The evolutionary events that cause colorectal adenomas (benign) to progress to carcinomas (malignant) remain largely undetermined. Using multi-region genome and exome sequencing of 24 benign and malignant colorectal tumours, we investigate the evolutionary fitness landscape occupied by these neoplasms. Unlike carcinomas, advanced adenomas frequently harbour sub-clonal driver mutations—considered to be functionally important in the carcinogenic process—that have not swept to fixation, and have relatively high genetic heterogeneity. Carcinomas are distinguished from adenomas by widespread aneusomies that are usually clonal and often accrue in a ‘punctuated’ fashion. We conclude that adenomas evolve across an undulating fitness landscape, whereas carcinomas occupy a sharper fitness peak, probably owing to stabilizing selection.

Based on the abundant studies available on humans showing clear associations between rapid environmental changes and the rate of neoplasia, we propose that human activities might increase cancer rate in wild populations through numerous processes. Most of the research on this topic has concentrated on wildlife cancer prevalence in environments that are heavily contaminated with anthropogenic chemicals. Here, we propose that human activities might also increase cancer rate in wild populations through additional processes including light pollution, accidental (for example, human waste) or intentional (for example, bird feeders) wildlife feeding (and the associated change of diet), or reduction of genetic diversity in human-impacted habitats. The human species can thus be defined as an oncogenic species, moderating the environment in the way that it causes cancer in other wild populations. As human impacts on wildlife are predicted to increase rather than decrease (for example, in the context of urbanization), acknowledging the possible links between human activity and cancer in wild populations is crucial.

Cancer evolution is central to poor outcomes of cancer therapies, enabling tumour progression and the acquisition of drug resistance. Joint efforts of evolutionary biologists, oncologists and cancer researchers are necessary to understand the principles of cancer evolution and to derive therapeutic strategies that can control it.

The importance of cancer cells for animal evolutionary ecology

Reciprocal interactions between hosts, their symbionts and their oncobiota (cancer cell communities) are yet to be studied in detail. Considering malignant cells in addition to the holobiont perspective allows greater understanding of the processes governing both host phenotypes and cancer dynamics.

The face of evolutionary biology is changing: from reconstructing and analysing the past to predicting future evolutionary processes. Recent developments include prediction of reproducible patterns in parallel evolution experiments, forecasting the future of individual populations using data from their past, and controlled manipulation of evolutionary dynamics. Here we undertake a synthesis of central concepts for evolutionary predictions, based on examples of microbial and viral systems, cancer cell populations, and immune receptor repertoires. These systems have strikingly similar evolutionary dynamics driven by the competition of clades within a population. These dynamics are the basis for models that predict the evolution of clade frequencies, as well as broad genetic and phenotypic changes. Moreover, there are strong links between prediction and control, which are important for interventions such as vaccine or therapy design. All of these are key elements of what may become a predictive theory of evolution.

The dynamics of genetic diversity in large clonally evolving cell populations are poorly understood, despite having implications for the treatment of cancer and microbial infections. Here, we combine barcode lineage tracking, sequencing of adaptive clones and mathematical modelling of mutational dynamics to understand adaptive diversity changes during experimental evolution of Saccharomyces cerevisiae under nitrogen and carbon limitation. We find that, despite differences in beneficial mutational mechanisms and fitness effects, early adaptive genetic diversity increases predictably, driven by the expansion of many single-mutant lineages. However, a crash in adaptive diversity follows, caused by highly fit double-mutant ‘jackpot’ clones that are fed from exponentially growing single mutants, a process closely related to the classic Luria–Delbrück experiment. The diversity crash is likely to be a general feature of asexual evolution with clonal interference; however, both its timing and magnitude are stochastic and depend on the population size, the distribution of beneficial fitness effects and patterns of epistasis.

Outstanding research opportunities at the interface of evolution and medicine

Evolutionary medicine is a research frontier whose promise has only partially been realized. Here I discuss the advances that have built its foundation and point to where progress is most needed.

Animal diversification on Earth has long been presumed to be associated with the increasing extent of oxic niches. Here, we challenge that view. We start with the fact that hypoxia (<1–3% O2) maintains cellular immaturity (stemness), whereas adult stem cells continuously—and paradoxically—regenerate animal tissue in oxygenated settings. Novel insights from tumour biology illuminate how cell stemness nevertheless can be achieved through the action of oxygen-sensing transcription factors in oxygenated, regenerating tissue. We suggest that these hypoxia-inducible transcription factors provided animals with unprecedented control over cell stemness that allowed them to cope with fluctuating oxygen concentrations. Thus, a refinement of the cellular hypoxia-response machinery enabled cell stemness at oxic conditions and, then, animals to evolve into the oxic realm. This view on the onset of animal diversification is consistent with geological evidence and provides a new perspective on the challenges and evolution of multicellular life.

Giant tortoises are among the longest-lived vertebrate animals and, as such, provide an excellent model to study traits like longevity and age-related diseases. However, genomic and molecular evolutionary information on giant tortoises is scarce. Here, we describe a global analysis of the genomes of Lonesome George—the iconic last member of Chelonoidis abingdonii—and the Aldabra giant tortoise (Aldabrachelys gigantea). Comparison of these genomes with those of related species, using both unsupervised and supervised analyses, led us to detect lineage-specific variants affecting DNA repair genes, inflammatory mediators and genes related to cancer development. Our study also hints at specific evolutionary strategies linked to increased lifespan, and expands our understanding of the genomic determinants of ageing. These new genome sequences also provide important resources to help the efforts for restoration of giant tortoise populations.

Evolutionary principles and tools harbour the potential to revolutionize the struggle against medical challenges such as antibiotic resistance, infectious disease and cancer. 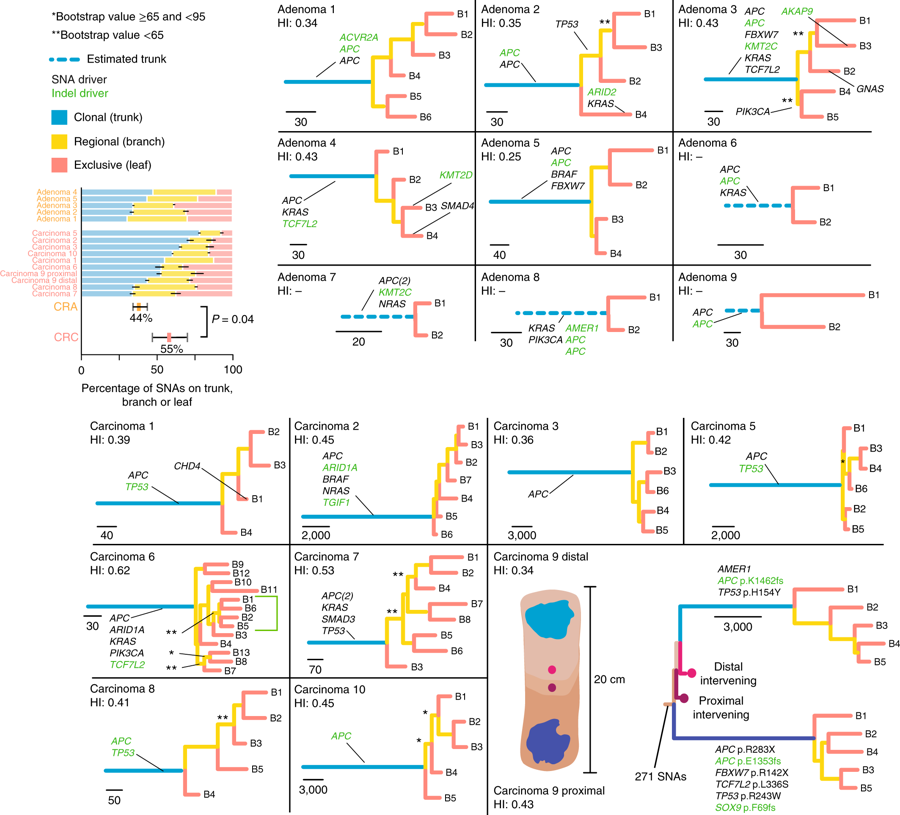 For World Cancer Day, here's a collection of articles that illustrate the importance of evolution and ecology for understanding and combating cancer.