What are the limits to oil palm expansion in Colombia?

Is there a way to anticipate the maximum amount of oil palm that a Colombian landscape could support whilst avoiding a collapse in biodiversity? By Lain E. Pardo(a,b) and Mason Campbell (b)

Palm oil is found in more products in our daily life than we usually anticipate. More than 50% of the packed product in a supermarket contain palm oil such as chocolates, cosmetics, soap, etc. Further, increasing global demand for energy products has made oil palm the fastest growing crop in the world. This expansion however, has turned into one of the biggest threats to biodiversity in Southeast Asia. Now, oil palm is rapidly expanding into Latin America, where Colombia is the largest producer with nearly 500,000 ha. However, its effects are just becoming to be understood.

Since oil palm industry is an important sector for the Colombian economy, in our study “Identifying critical limits in oil palm cover for the conservation of terrestrial mammals in Colombia”, we aimed to understand how much oil palm could be cultivated before a drastic collapse in mammal species occurred. For this, we used an extensive arrange of camera traps to detect mammal species in the Llanos region of Colombia. This region was selected as it has been targeted for future large-scale cultivation of oil palm and other crops. In Colombia, most of the expansion of oil palm has previously taken place in transformed lands (especially pastures), though little is known about the retention of biodiversity in the subsequent oil palm dominated landscapes of Colombia. Moreover, there is currently no official assessment practices to provide guidance on the limits of cultivation and thus sustainable landscapes.

We found that as the proportion of oil palm cover increased in the Llanos, the number of mammal species decreased, but there was no evidence of any drastic change or threshold for the overall community. In contrast, we found strong signs of a threshold (in abundance and distribution) in response to oil palm cover in 10/15 species when cover exceeded 45-75%, of the landscape (at scale of approximately 2 km2). This data suggests that a plausibly sustainable oil palm landscape in this region should contain a maximum of 45-75% oil palm to prevent drastic reductions in the mammalian community.

Our identified oil palm cover tipping point should be viewed as a warning point prior to which biodiversity monitoring should be conducted rigorously and complementary management practices should be implemented to reduce the risks of large-scale mammalian species declines.  In addition, landscapes with 75% oil palm may favour the proliferation of pest species which could again be identified prior to this threshold. For instance, we noted a drastic increase of foxes at this level of oil palm cover and. This is an interesting finding as we are usually more concern about declining species, but hyperabundance of such medium size predators is known to lead to substantial impacts on trophic webs. As such, one concrete point is that these landscapes should never exceed 75% oil palm cover. Viewed inversely, depending on the geographical context and other landscape characteristics, a minimum of 25% of riparian forest is needed in these landscapes to sustain many of the mammal species in the Llanos region of Colombia.

Our study also suggest caution when interpreting number of species (richness) in isolation from other metrics. This is shown by the fact that we did not detect a critical transition in the number of species as oil palm increased, but did detect this in species relative abundance and distribution. This lack of any identifiable threshold is probable due to the generalist behavior of most species occurring in these landscapes. The current species assemblage resident in these human dominated landscapes are in general well adapted to disturbance and human land use as the region has a long history of landscape transformation and the presence of a mosaic of land uses (including oil palm). In addition, extensive hunting pressures may have locally extirpated susceptible species. This regional history would explain the minimal differences between number of species found across a gradient of land use changes and the fact that we only detected 43% of the species reported to occur in the region.

Our results suggest that even “common” and currently non-threatened species are likely to decline abruptly in the face of extensive oil palm cover. The apparent ubiquitous nature of “common" species makes them appear as invulnerable and their conservation is often taken for granted. Our findings suggest, however, some apparent common species have specific levels of resilience which may easily be breached. For instance, capybara was the most sensitive to oil palm increase and a reduction in forest cover, while paca could resist higher proportions of oil palm cover as long as a minimum of forest cover was retained within the matrix of oil palm.

It is very important to prioritize restoration of riparian forest in the study area. For instance, our results suggest that currently about 41% of the Llanos landscape is over the identified threshold point and thus the resident mammalian communities under severe danger of localized extirpation. In the absence of pristine habitat or critically threatened species in these landscapes, which often trigger conservation interventions, restauration strategies become more important for the support of the local mammal community.

Identifying critical thresholds in species diversity is a intricate and difficult task due to the complexity of factors behind the responses of each individual species. Our findings provide guidance for the design of sustainable landscapes, which would support the majority of mammal species, within production areas in Colombia, particularly for the Llanos region where the study was conducted. Further studies should confirm the response of biodiversity and threshold points in more conserved regions and other geographical context.

The information provided here, in conjunction with other recent findings, will aid effective management recommendations within the oil palm sector to reduce its impacts on biodiversity. Although in some regions oil palm development in Colombia has been associate with violence and social issues in the past, currently it is an important economic driver with positive effects on people´s lives. Therefore finding the balance between production and mammalian conservation is crucial to make Colombia a global leader in sustainable oil palm production. 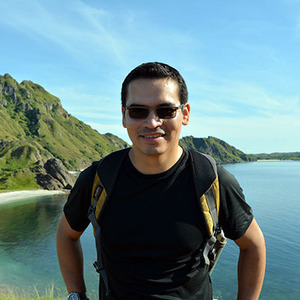 I am interested in applied ecology, conservation and wildlife management, with a particular focus on mammals and the effects of human activities on tropical biodiversity.
Follow