Ever since Darwin, it has been thought that attracting multiple mates would amplify sexual selection in a species. We tested this hypothesis across a songbird phylogeny and found a different evolutionary pattern than expected.
Nicole Creanza
Assistant Professor, Vanderbilt University
Follow
Like Liked by Ben Johnson and 1 other
0

Sexual selection is expected to be intensified in non-monogamous mating systems; in birds this might accelerate song evolution. Here, the authors show that across songbirds, polygyny and extra-pair paternity are associated with faster syllable repertoire size evolution and smaller repertoire size, r…

Written by graduate student and first author, Kate T. Snyder, in reference to Snyder and Creanza (2019).

When Nicole and I first met to decide whether I would do a somewhat unorthodox lab rotation, I’d prepared a list of questions beforehand. I didn’t know much about birds at that point beyond what I’d read in the week prior, but I had a passion for animal behavior and evolution—the topics that had compelled me to change my undergraduate major from biomedical engineering to biological sciences in the first place. We sat in a coffee shop on campus and talked through my notes, discussing questions that I wasn’t sure had answers yet. One of these questions was whether non-monogamous mating systems could have had an effect on the evolution of birdsong, a sexually selected trait. With my background in studying the ecology of population sex ratio perturbations, my reasoning was the same as Darwin’s: non-monogamous mating systems should raise the competition among males attracting a mate. Having just recently learned that birds exhibit incredibly diverse mating systems, songbirds seemed like an optimal system in which to test this hypothesis. What I hadn’t realized was just how uniquely appropriate they were.

Social monogamy is quite rare in the kingdom Animalia, but is the most common mating system among songbirds (Figure 1). The next most common mating system, widely exhibited by only 10-20% of songbird species, is polygyny, where males form pair bonds of varying durations with multiple females in a breeding season (Figure 2). Across the phylogenetic tree, polygynous species are often found immediately adjacent to or surrounded by monogamous ones, indicating that, regardless of which mating system is ancestral, polygyny has evolved numerous times across the songbird lineage. These repeated evolutionary events give us more predictive power about whether mating systems have influenced the evolutionary history of song, and vice versa.

This was the question we discussed the most over our meeting, and a long week later, I got an email suggesting that we run with it. This began a virtual lab rotation from nearly opposite sides of the country while Nicole finished up her work at Stanford, with us talking out methods and findings over Skype, or phone when the internet was spotty, and occasionally even in the text of a shared Google Doc.

Digging deeper into the history of this question, we found a number of rather disparate results. Several family-level studies had opposing conclusions; larger, inter-familial studies had results that were different still.

It was during this project that I first heard Nicole say something I’ve heard numerous times since: we should aim to design experiments that will be interesting no matter what the outcome, where even negative results are notable. This study fit that criteria because we were able to integrate new knowledge and tools to answer an unresolved but intuitive question that so far had divided answers. We had available a new avian tree based on more species DNA sequences, more data on individual species' behaviors, and new computational tools for controlling for phylogeny. No matter what we found, we would be adding to the field.

The data collection phase of our research was fairly demanding, since we needed to synthesize as much previous research as possible in multiple domains: song characteristics, mating system, and extra-pair paternity. All told, I parsed through thousands of data points from multiple curated field guides and hundreds of publications, resulting in 764 species with a binary mating system classification and 352 species with at least one piece of song data (Figure 3). After nearly a year of data collection, when we finally analyzed the data, we were at first bewildered by our findings. First, we found that there was no correlation between mating system and song, in contrast to Darwin’s hypothesis. This result wasn’t altogether that surprising; after all, the literature was heretofore split. Far less expected were the results when we looked at how mating system affected the rate of evolution of song complexity. These showed that, where there were no trends in correlation, there were significant differences between rates of evolution of song complexity between mating systems: song complexity appeared to evolve faster in polygynous species. We were fascinated by these findings, which suggested that Darwin’s original prediction, when applied to birdsong, might not hold true.

We were familiar with the capacity of BayesTraits to test correlated evolution between two discrete trait categories and had toyed with the idea of separating the continuous song data into discrete categories based on some arbitrary threshold. However, when we looked at the distribution of the various song features values, there was no single threshold that made logical sense to delineate “low” versus “high” trait values. I had an idea: instead of picking the best threshold, why not use every possible threshold? In this way, we could test how rates of transition differed based on the magnitude of the trait value, relative to the trait values of the other species represented in our data. While this does not yet fully achieve the original goal of testing correlated evolution between continuous and discrete traits, it allowed us to make some qualitative conclusions that clarified our earlier puzzle.

We found that polygyny tends to drive song trait values away from extremes, towards moderation: an “aha!” moment that explained our perplexing earlier results, showing why we had found rapid evolution without net-directional change. We opted in the paper to show the data by averaging all computed transition rates for all thresholds within arbitrarily-defined fractions of the overall set of thresholds used. We always joked about making a GIF to more completely convey our results, though, so I made one for this post (Figure 4).

We were cautiously excited by our unexpected and somewhat counterintuitive results, so we validated them in a number of ways to make sure that they were not due to measurement differences in the literature, the structure of our tree, the influence of individual families, and so on. It was only when our most astounding findings held up under multiple angles of scrutiny that we finally accepted that our results with this dataset weren’t a fluke. For both types of mating behaviors that we studied, we find results that run contrary to the prevailing wisdom: neither polygyny nor frequent extra-pair paternity correlate with an increase in song complexity. By synthesizing multiple data types and performing analyses in the context of phylogenetic relationships, we shed new light on an old evolutionary puzzle. 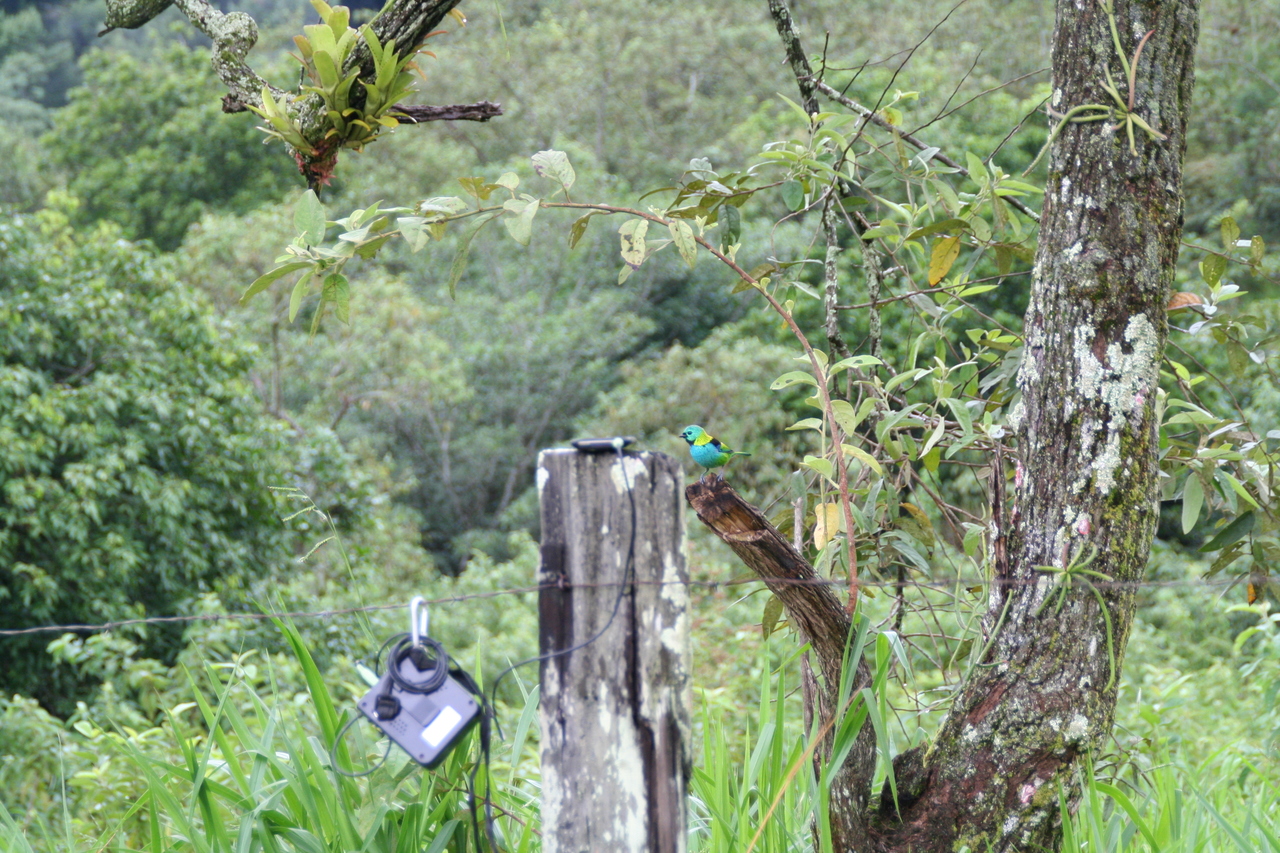 Ever since Darwin, it has been thought that attracting multiple mates would amplify sexual selection in a species. We tested this hypothesis across a songbird phylogeny and found a different evolutionary pattern than expected.