Analysis of the draft genome and stage transcriptomes of the hydrozoan jellyfish Clytia hemisphaerica sheds light on the genes underlying complex cnidarian life-cycles. It also marks a milestone in the development of Clytia as a laboratory organism.

The journey of Clytia hemisphaerica as a laboratory organism started back in 2002 at the historical marine station of Villefranche-sur-Mer, on the Mediterranean. Evelyn Houliston, studying egg polarity in Xenopus and ctenophores, was seeking a more reliable non-bilaterian model. An experienced marine zoologist of the station, Danièle Carré, recommended the hydrozoan Clytia hemisphaerica: a species amenable to culture in the laboratory, and spawning transparent eggs daily. Jellyfish collected from the Villefranche plankton rapidly generated founder polyp colonies in the lab. Danièle and her husband Claude had previously demonstrated that young Clytia colonies can produce medusae of opposite sexes depending on temperature. It was thus possible to self-cross the founder colonies, and within three years several inbred male and female lines were available, lines that are still used today for all Clytia research. PhD students started working on Clytia, both in the Houliston lab and in the evo-devo lab of Michael Manuel in Paris, which is where I first discovered this beautiful laboratory organism. It first caught the eye of the scientific community in 2007 thanks to the work of Tsuyoshi Momose, post-doc with Evelyn (now co-group leader). He pulled off the first gene function analysis on a non-bilaterian embryo, showing that two maternally localized Frizzled mRNAs had opposing functions for setting up the larval primary body axis. Additional publications soon followed, attracting more interest and research teams, including the lab of Ulrich Technau in Vienna.

E. Houliston (left) and D. Carré (right) at the Villefranche marine station in the 90'

Sequencing of the Clytia genome started in 2009 at the French National Genomic Center Genoscope. The genome proved more difficult to assemble than expected, due to low GC content and high levels of repetitive elements. Richard Copley joined the LBDV to launch a new genome evolution group in 2013 and gave a new impetus to the project, taking charge of the computational analyses. I moved to Villefranche during the same period and started a transcriptomic project on the Clytia life-cycle stages, planula, polyps and medusa. We soon merged both projects and invited other research labs working on Clytia at the time. The project took another 5 years to complete and outcomes are now published in Nature Ecology & Evolution.

One of the main conclusions of our analysis is that no more 'new' genes are expressed in the medusa compared to the ‘more ancient’ polyp and planula stages. Thus the medusa, although an evolutionary novelty in cnidarian evolution, is not primarily built with clade-specific genes. Similar conclusions were reached from analysis of the Aurelia genome, a distant jellyfish relative (scyphozoan), published early this year in the same journal. We also found to our surprise that many widely-conserved animal genes involved in larval development in the sea anemone Nematostella are not even expressed at the larval stage in Clytia but restricted to polyp and medusa stages. Thus the ancestral cnidarian-bilaterian gene complement was extensively redeployed in hydrozoans as the medusa became the most complex life cycle stage.

Clytia is now a well-established functional system thanks notably to the recent implementation by T. Momose of CRIPR-Cas9 mutagenesis technology and of reliable culture systems. The Clytia community is getting bigger and these genomic resources will certainly foster its future development. It will also serve as a base for comparative genome mining to understand the amazing diversity of hydrozoan life cycles. We are certainly only at the dawn of what Clytia can tell us about cnidarian biology and evolution. 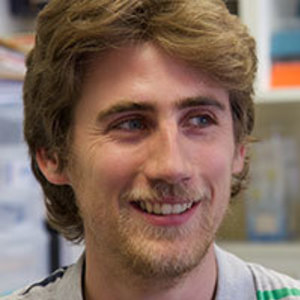