Life and death of the Great Barrier Reef

The depth and breadth of human impacts on the Great Barrier Reef has made it hard to decide what kind of shape it is in, and what we might do about it.
Aaron MacNeil
Associate Professor & Canada Research Chair, Dalhousie University
Follow
Like Liked by Patrick Goymer and 2 others
0

Fitting a water quality index to survey-based estimates of coral resilience finds that reefs exposed to poor water quality are more resistant to bleaching but slower to recover from disturbance and more susceptible to disease outbreaks.

The Great Barrier Reef is among the largest and most distinct wonders of the natural world. A diverse wilderness that lines the northeastern coast of Australia, harbouring thousands of species of fish, corals, and other invertebrates, the ’GBR’ is also a major economic engine in the state of Queensland, generating some 75,000 jobs and more than $6B (AU) in annual revenue.

Despite its size and importance, human threats to the Great Barrier Reef abound. From local disturbances due to ship groundings and pollution, to existential threats from climate change, losses of coral and associated habitat seem to mount by the day. Yet, looking at the reef in any given year, it is difficult to gauge how the reef is doing in terms of condition. Is it sick? Is it healthy? How should we think about such a question?

Arriving for my first research post in 2008 at the venerable Australian Institute of Marine Science, in Townsville Queensland, I could not have been more excited to get to work studying the role of reef fish within the Great Barrier Reef ecosystem. Yet very quickly, the more people I talked to, the longer the story became in terms of what state the reef was in, what the 'real' threats were, and what we might do about it.

First it was that the reef had recovered well from recent storms and crown-of-thorns starfish outbreaks. Then came cyclones Hamish (2009) and Yasi (2011), two particularly devastating storms whose direction and size led to vast losses of hard coral, particularly across the southern GBR. As if that wasn’t enough, a new wave of crown-of-thorns outbreaks began toward the northern end of the reef, leading to extensive coral losses that are ongoing. Finally, the massive double El Niño between 2015 and 2017 laid waste to the previously ‘pristine end’ of the reef - the northernmost third. Each year seemed more disheartening than the last.

All the while, in comparison to other reefs we were studying around the world, the Great Barrier Reef looked to be in comparatively good shape. My colleague Nick Graham pointed out over a beer in 2010 that this was due, in part, to the relatively low fishing effort on the GBR. While there are important commercial and recreational fisheries present, they pale in comparison to the magnitude of fishing across most of the tropics (MacNeil et al. 2015), where nearly all fish species are targeted, with often devastating effects on ecosystem function (McClanahan et al 2011). Australian fishers on the other hand, primarily target a few emperors and groupers whose populations are supported by closed areas within the Great Barrier Reef Marine Park (Emslie et al. 2015). The dominant chronic disturbance on the GBR is different - it is runoff pollution.

Sugar cane and other farms line the Queensland coast, pouring tons of excess nutrients onto the Great Barrier Reef during the rainy season each year. Reef depredation from runoff began almost as soon as European settlers began clearing land, leading to degraded reef communities among inshore parts of the reef more than a century ago (Clark et al. 2017). Despite extensive research and progress from organizations such as TropWater and AIMS, the scale of the reef is so vast and water quality sampling so sparse, the effects of runoff in-situ has been difficult to quantify. So how can we make sense of what water quality does to GBR corals in the face of disturbance?

In 2009, I reviewed a paper for Journal of Animal Ecology by then graduate student (now research associate) Keiichi Fukaya, who developed a Bayesian hierarchical model to look at seasonal barnacle population dynamics in Japan. His great insight in that paper was in translating a Gompertz-based population model for numbers of individuals in a population into a coverage-based model for proportion of occupied grid cells, allowing sessile populations to be modelled as per animal counts. This opened up the possibility of modelling percent coral cover - by far the most common measurement of tropical corals in space - in a mechanistic way. It took me several years and false starts to apply the method, but thanks to the motivation of my co-authors Chris Drovandi and Kerrie Mengerson at an ACEMS workshop on North Stradbroke Island, we finally put together a reasonable coral cover dynamics model that could include multiple processes and disturbance types affecting GBR corals. But how should we include water quality?

Previous experience with water quality researchers told me that we would not have in-situ samples for most of the GBR. Yet PhD work by co-author Nick Wolff had shown promising results from remote sensing data that had previously suffered from poor resolution in nearshore environments. He and co-author Michelle Devlin developed a composite index of water quality that included primary (high turbidity and nutrients), secondary (high chlorophyll), and tertiary (high dissolved inorganic material) water quality components, derived from remote sensing data that would represent long-term exposure to plumes of river-derived sediments and nutrients. With this relatively new index in hand, we were ready to go.

Using the Long-Term Monitoring Program data from AIMS, the model we built had four key attributes: 1) acute disturbance effects between years - the loss of hard coral due to storms, coral bleaching, crown-of-thorns starfish, and disease; 2) growth between years - the underlying Gompertz-based model; and 3) resistance factors - potential mitigators or enhancers of acute disturbances, and 4) recovery factors - potential influencers of recovery rates. Having both resistance and recovery provided a simple characterization of reef resilience and the factors that affect them.

Our results showed that water quality is the major chronic disturbance on the Great Barrier Reef, leading to up to 25% reductions in hard coral recovery rates post-disturbance. Poor water quality also enhances coral loss from disease and crown-of-thorns starfish, providing important support for the hypothesis that riverine-borne nutrients increase their impacts. Yet, based on a hunch by co-author Tim McClanahan, we also looked into the effects of poor water quality on bleaching severity, finding that areas with greater runoff are buffered somewhat from the worst effects of coral bleaching due to shading by turbid water.

These findings put a lot of important and interrelated research into context - while poor water quality has negatively impacted the GBR overall, the reefs that have been most impacted by runoff have adapted, changing their community composition in the process. In projecting our results relative to future bleaching predictions, we found that it is these human-degraded reefs that will benefit from the large investments made in farm and paddock remediation to reduce coastal runoff across Queensland. Yet such actions only go so far - there is no level of remediation that can help the offshore reefs dominated by beautiful stands of tabulate Acropora corals; river inputs don't have sufficient impact to make a difference. Here, it is only action on climate change that limit losses due to coral bleaching and, ultimately, save the reef from widespread degradation.

With prominent scientists believing we have entered a new epoch on the GBR, our results provide an important baseline against which to test that assertion. The story is likely far from settled. But hopefully we have laid a solid empirical foundation for others to build upon.

Aaron MacNeil
Associate Professor & Canada Research Chair, Dalhousie University
Follow
I am a marine ecologist interested in fisheries and how they are shaped by people and the environment. 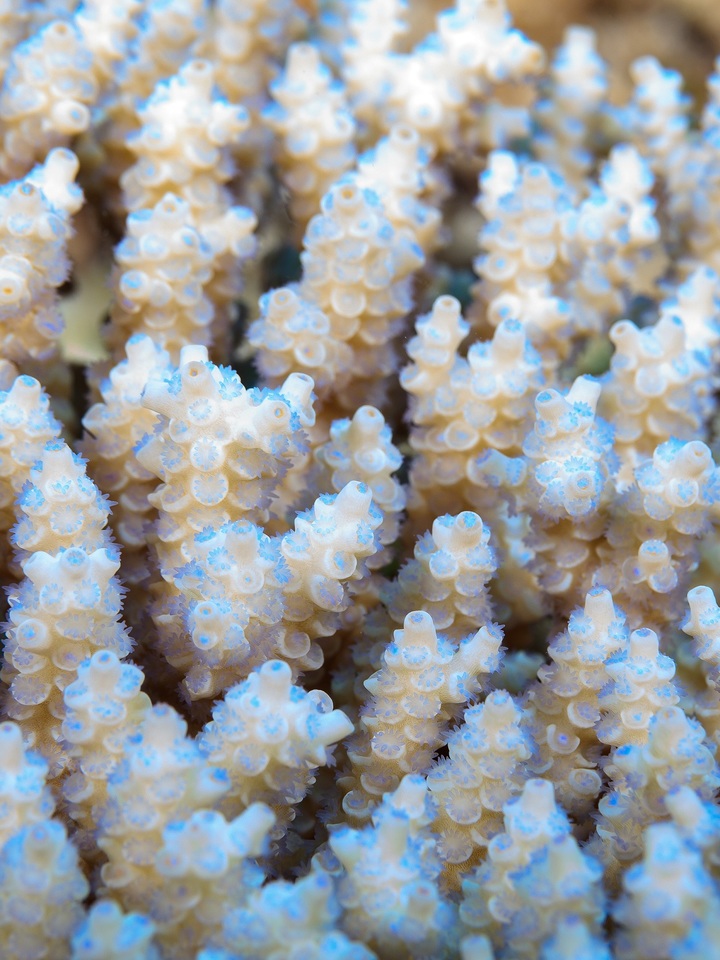 Life and death of the Great Barrier Reef

The depth and breadth of human impacts on the Great Barrier Reef has made it hard to decide what kind of shape it is in, and what we might do about it.