Our oceans are facing gargantuan challenges that will ultimately affect all of the planet earth. It is therefore of huge importance that the UN General Assembly last week launched the ‘The UN Decade on Ecosystem Restoration 2021-2030’ underlining the need for a phase shift in how we consider restoration in our oceans. In this article co-authored by Richard Unsworth & Richard Lilley, they discuss the huge changes needed to start to restore our oceans.
Richard Unsworth
Lecturer in Marine Biology, Swansea University
Follow
Like Be the first to like this
0

Marine habitat destruction continues at rapid, global scales, reducing many habitats to a shadow of their former selves. The world has lost at least 10,000km2 of mangrove since 1996,16% of tidal flats since 1984, and at least 30% of the worlds seagrass meadows. Coral reefs are in rapid, widespread decline, and other major habitats such as kelp and salt marsh are also under significant threat from anthropogenic stress. With the incessant march of climate change, these losses and destruction are only being exacerbated. There is now increasing evidence that fisheries are in decline as a result of this change, and marine heatwaves are wreaking widespread habitat devastation. The United Nations Environment Programme last week stated that “the degradation of land and marine ecosystems undermines the well-being of 3.2 billion people and costs about 10 per cent of the annual global gross domestic product in loss of species and ecosystems services”. The world can no longer afford to allow the destruction of our oceans, therefore creating a global focus on habitat restoration is timely and an absolute necessity.

Last week we saw an article arguing that an overemphasis on plastic pollution in our oceans distracts from the point that the “clear and present dangers of climate change and biodiversity loss could undermine the capacity of our planet to support over seven billion people, and a predicted 10 billion by 2050". As well as taking action on plastic we need to undertake fundamental phase shifts in how we proactively manage our oceans to remain productive into the future; this means making major investments in habitat restoration. An article published in the journal Science over a decade ago titled ‘Under-resourced, Under-threat’ examined how our oceans are in decline but how the resources required to support their revitalisation are grossly insufficient. The reality is that many of the issues of poor financial support for marine conservation remain relevant today.

With the start of the UN decade on Ecosystem Restoration (2021-2030) governments need to make significant progress on their commitments set out in the Convention on Biological Diversity (Aichi Biodiversity Target 14 and 15), and the EU's 2011-2020 Biodiversity Strategy (EU, 2011) to restore 15% of degraded ecosystems by 2020.

This commitment from the UN really outlines what is at stake here. It is incredibly exciting, and a cause for some #OceanOptimism that at a global institutional level there is a conscious shift in leadership to a narrative where we move beyond conservation of what we have left, to the restoration of what we one once had.

“Restoration of 350 million hectares of degraded land (or ocean) between now and 2030 could generate US$9 trillion in ecosystem services and take an additional 13 to 26 gigatons of greenhouse gases out of the atmosphere.”

Central to this shift from just conservation to thinking about restoration appears to be the growing acceptance that first, the time is NOW (if not yesterday) to act against Climate Change and that secondly, restoration of degraded land makes good business sense. Our climate needs restored marine habitats, our fisheries need restored habitats, and our economies can massively benefit from an improved state of nature.

Seagrass meadows are one of the habitats that can be restored to our oceans. These highly productive seagrass ecosystems face many global challenges but solutions to these are readily available with sufficient investment and desire to succeed. Nowhere has there been more success of this than in Chesapeake Bay in the USA. A major waterway once highly polluted and degraded with fisheries in significant decline has been brought back to life by a combined approach of improved water quality tied with major investment in restoration. Unfortunately, this sort of major, large-scale programmes is few and far between. While restoration of the land has seen large global acceptance, marine restoration remains its poor cousin, but we feel times are changing. For marine restoration to really achieve its potential and help contribute to reducing runaway global climate change requires action, and now.

In the UK, marine habitat restoration is still in its infancy, but at Project Seagrass we are starting to develop improved collaboration between conservation NGO’s, business, communities, regulators and Universities to place seagrass restoration at the heart of the marine conservation and restoration narrative. This includes working with Sky Ocean Rescue and WWF on a project to restore seagrass in the UK, developing links to marine tourism and building strong partnerships with politicians, including the first elected parliamentarian to become a species champion (Gail Ross MSP).

Restoration of our oceans is increasingly possible, we have growing knowledge and technology able to assist such work, and an increasing necessity to take this action, not just for biodiversity, but also to feed our human planet and to maintain our planetary health. The UN Decade on Ecosystem Restoration 2021-2030 is a fantastic opportunity for a phase shift in marine restoration, but this now needs governments and all involved with the exploitation and management of our oceans to stand up and take responsibility for making this happen.

Are you feeling the February climate blues? Here are some simple things YOU can do to make a change!

Letter to the European Union and the British Government 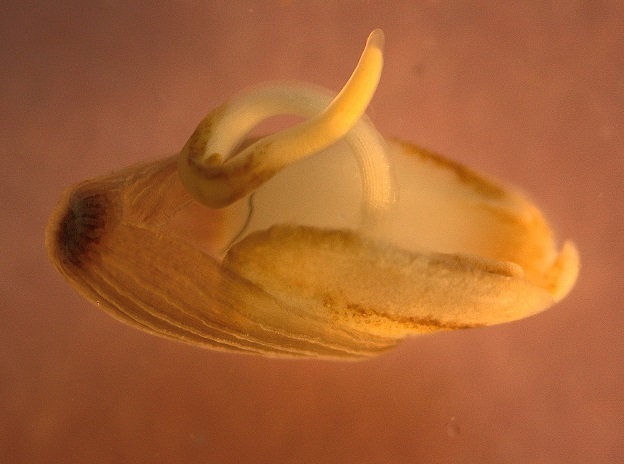 Our oceans are facing gargantuan challenges that will ultimately affect all of the planet earth. It is therefore of huge importance that the UN General Assembly last week launched the ‘The UN Decade on Ecosystem Restoration 2021-2030’ underlining the need for a phase shift in how we consider restoration in our oceans. In this article co-authored by Richard Unsworth & Richard Lilley, they discuss the huge changes needed to start to restore our oceans.