The unlikely case of complex facial behaviour in sun bears

It is widely believed complex communication is found only in species with complex social systems – an idea known as the ‘social complexity hypothesis’.

Humans communicate in complex ways with their facial expressions, which often provide information about intentions and emotions. We spontaneously mimic facial behaviour with great precision, mimicking not only facial expressions, but more subtle muscular movements also. Consistent with the social complexity hypothesis, facial mimicry has also been demonstrated in other social species that are closely connected to humans evolutionarily (non-human primates) and socially (domestic dogs). Until now only gorillas have been shown to mimic facial expressions with precision comparable to that observed in humans. However, our recent findings surprisingly demonstrate equally complex facial behaviour in a typically solitary species - the sun bear.

Nearby Sepilok Orangutan Rehabilitation Centre in Borneo, where facial mimicry in orangutans was first discovered, is the Bornean Sun Bear Conservation Centre (BSBCC). Upon my first visit to BSBCC I met with Wong Siew Te, founder of the organisation. Wong told me on my first visit that the bears were 'like a pot of gold filled with discoveries waiting to be made'. I was surprised by this remark, but the bears did not disappoint. At BSBCC, rescued sun bears are housed in forest enclosures where they are rehabilitated for reintroduction into the wild. Little is known about wild sun bears, due to their strong solitary tendencies and sadly dwindling population size. However, given their strong solitary tendencies in the wild, the social complexity hypothesis predicts they ought to exhibit fairly simple communication. BSBCC provided us with a unique opportunity to systematically observe this elusive species and explore their social behaviour.

It quickly became clear that the bears at BSBCC showed unexpectedly strong social tendencies. The bears routinely play with one another despite the fact that enclosures exceed the size of daily activity patterns in wild populations, meaning they are by no means obligated to spend time together. During play, we noticed that the bears frequently produced two distinct facial expressions (See below). As researchers with previous experience studying facial mimicry, we asked whether the bears might be mimicking facial expressions during play. Indeed, this is exactly what we found – bears were much more likely to produce a facial expression when they perceived their play partner produce a facial expression.

We were excited to find a form of communication characteristic of more social species and consequently decided to take it one step further by examining whether the bears produced an expression identical to that shown by their play partner when they mimicked them. In other words, we asked whether sun bear mimicry shows parallels with the complex facial mimicry characteristic of humans. Despite the typically solitary lifestyle of this species, we were surprised to find that this was indeed the case. In addition, expressions were almost exclusively produced when play partners were looking, indicating a sensitivity to the attentional states of others when communicating, a pattern also characteristic of social primates and domestic dogs.

We’re now left with the task of explaining this unlikely finding. It may be that complex forms of communication are common to many mammalian species, which could allow individuals to navigate social environments that vary in complexity throughout space and time depending on local ecology. Alternatively, there may be deeper complexities in the communication systems of more social species hitherto unrecognised. Both are intriguing possibilities, and we encourage researchers to actively explore this exciting topic. 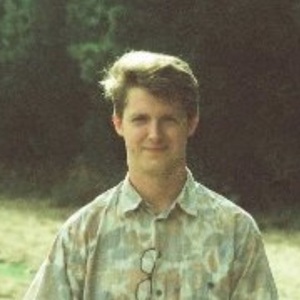