New insights into the old four legs: unveiling the development of the coelacanth’s skull and brain

The coelacanth is one of our closest cousins, but many aspects of its biology are still unknown. Our new study sheds light on the development of its skull and brain.

My colleagues and I published today the first description of the development of the skull and brain of the living coelacanth, Latimeria.

This iconic deep-sea fish has attracted considerable attention ever since a living specimen was captured in 1938. Until then coelacanths were thought to have been extinct for 70 million years. Latimeria holds a pivotal position in the vertebrate family tree. They are, together with lungfishes, the only living examples of lobe-finned fishes and are closely related to tetrapods, the four-leg vertebrates (Fig. 1). Therefore, Latimeria is critical for our understanding of the origin of tetrapods and the evolution of their closest fish-relatives.

Latimeria is the only vertebrate with an intracranial joint, a joint which completely separates the braincase into two portions (Fig. 2). This is a very primitive feature of sarcopterygians and is observed in many fossil lobe-finned fishes, but lost in tetrapods and modern lungfishes (Fig. 1). In addition, Latimeria’s brain is tiny (about 1 % of the volume of the brain cavity) and lies above an unusually large notochord. This structure is found in the early embryos of all vertebrates, but usually disappears during development. The relative size of the brain and notochord are very unique for vertebrates.

How the skull and brain of Latimeria develop from the early stage of life to the adult remained virtually undocumented 80 years after its discovery. This question triggered our work published today in Nature.

The story began in 2009, when my future PhD advisers Gaël Clément and Marc Herbin invited me to work on the neurocranial anatomy of Latimeria for my master research project. The idea was to use new imaging techniques to investigate the morphology of some coelacanth specimens of the Muséum national d’Histoire naturelle in Paris that had been untouched for decades. In fact, the lack of knowledge on Latimeria development was due in part to the absence of non-invasive methods to study the rare specimens of early developmental stages.

This initial work, based on medical CT (computed tomography) scans and MRI (Magnetic Resonance Imaging), gave promising results but the resolution of the scans did not allow us to observe small details. Importantly, we needed more specimens at different growth stages to really say something about how the skull of Latimeria.

A couple of years later, during my PhD, I then gathered several specimens from natural history collections in Germany (ZSM), South Africa (SAIAB), and of course, from the Muséum national d’Histoire naturelle.

These young coelacanths and I then headed to the European Synchrotron (ESRF) in Grenoble, at the foot of the Alps. There, I was lucky to collaborate with Paul Tafforeau, who assisted me in the scanning of the specimens (Fig. 4). In addition, Mathieu Santin, at the Brain and Spine Institute in Paris, more recently used powerful MRI allowing us to image the skull and brain of a juvenile coelacanth.

The high-resolution scans allowed us to make detailed 3D models of the skull at each developmental stage. Thanks to these models, we could perform “virtual dissections” and observe how the form and the position of different structures of the head change during development (Fig. 5).

Even after so much time spent looking at these models, we are still impressed by how Latimeria's brain becomes so small with respect to the braincase (Fig. 5). The brain grows, but not as much as the surrounding structures. A mismatch between the brain and its cavity exists in other fishes, but what we see in Latimeria is totally unequaled among living vertebrates.

The way the notochord develops is also unique compared to other vertebrates. We think it has a major impact on the shaping of the braincase, and might cause the formation of the intracranial joint.

Why the brain becomes so small with respect to the surrounding structures remains speculative. We think that the space filled by the notochord could limit to some extent the size of the brain, as everything has to fit into the limited volume of the head. The position of the brain at the rear of the braincase might be also linked to the intracranial joint, which probably plays a role in biting. In addition, the metabolic cost of the huge electrosensory organ located within the snout, the rostral organ (Fig. 5), might come at the expense of having a large brain.

Coelacanths are traditionally depicted as a group that has barely evolved throughout geological times. This is a very popular urban legend, and you probably had in mind the moniker “living fossil” for Latimeria when you started reading this article. However, a closer look at Latimeria and fossil coelacanths quickly dismisses this erroneous idea. In fact, the skull and body form of Latimeria is fairly different from that of the earliest coelacanths of the Devonian (Fig. 6). And recently, a fossil from Switzerland has shown that more recent fossil coelacanths could have surprising body shapes (Fig. 6). In this context, our new observations on the development of Latimeria could aid our understanding of the mechanisms underpinning the changes in the skull form during coelacanth evolution.

Our new observations might look fairly elementary compared to the wealth of knowledge we have on the development of some other vertebrates. As surprising as it sounds, for a long time, a good amount of our knowledge on coelacanth development came from fossil coelacanths and not from Latimeria. Together with a recent study on its lung, our results represent the only thing we know on Latimeria development.

Yet, many questions remain unanswered. One of my greatest hopes is to obtain one day even earlier development stages. With the molecular tool-box now available we could then potentially characterize which cell lineages form the different regions of the cranium, the mechanisms underpinning the development of the notochord, and also the origin of the odd basicranial muscle which spans the two parts of the braincase. But for now, unfortunately, these are merely pipe dreams! 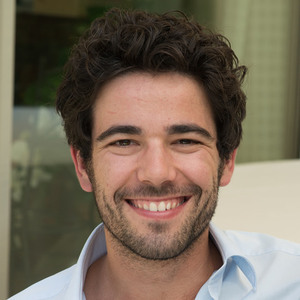