As the summer arrives, so too do allergic symptoms of airborne pollen, ranging from itchy eyes and nose, to production of mucus, inflammation and sneezing fits – something I am familiar with myself. Roughly 400 million people worldwide suffer from allergic reactions to tree, grass and weed pollen causing allergic rhinitis (hay fever) and allergic asthma. Grass pollen is the top source of allergen for hay fever sufferers.
Georgina Brennan
Postdoc, Bangor university
Follow
Like Liked by Patrick Goymer
0

The problem is, whilst hay fever sufferers are aware that they are allergic to pollen, we do not know which species of grass are causing the allergic reaction. This is because pollen from the grass family (Poaceae), of which there are over 170 species in the UK alone, are morphologically identical and cannot be visually identified.  Pollen recorders, who provide information to the pollen forecasts - in the UK this is carried out by the UK Met Office - are able to visually identify and count pollen from different tree species (such as, oak and birch) and weed species (such as nettle and mugwort) but grass pollen is rarely recorded below the family level in the pollen forecast. Furthermore, it is unknown whether particular grass species contribute more to the prevalence of allergic symptoms and related diseases than others. The riddle of grass pollen allergen diversity is discussed further in the in the latest issue of Nature Ecology & Evolution by Menzel (2019).

To fill this knowledge gap, a team of researchers known as PollerGEN are working on novel methods to detect and measure the abundance of airborne pollen from different species of allergenic grass. Funded by the Natural Environment Research Council (NERC), PollerGEN is made of interdisciplinary leading scientists in the fields of molecular ecology, aerobiological modelling, epidemiology and plant ecology, in collaboration with the UK Met Office.

Over the past few years, PollerGEN have been investigating whether new approaches, including molecular genetics, can be used to identify airborne grass pollen to the species level. One of the approaches that we have employed to identify which grass species are present in the air relies on using high throughput DNA sequencing to examine millions of short sections of DNA (also called barcode markers). These barcode markers are selected to maximise diversity between each species or genus, while being adjacent to conserved regions where universal PCR primers can bind. Here we used the plant barcode markers ITS2 and rbcL, and curated reference databases (UK plant DNA barcode library). Using this approach, we can for the first time identify species of grass pollen from complex mixtures of airborne pollen. This method of rapid biodiversity assessment is known as metabarcoding and can be used to analyse DNA derived from communities of organisms and DNA from a multitude of types of environmental sources including, air, soil and water.

The pollen metabarcoding approach relies on analysis of aerial environmental DNA (i.e. DNA extracted directly from an environmental sample) and to do this, we must leave the ground. Pollen samplers used in pollen forecasting are typically located on the top of buildings which are at least four stories high (such as, hospitals and university buildings). Grass pollen is very light and mobile, and thus can disperse high into the atmosphere and travel very long distances. Working alongside the UK Met Office pollen recorders, we installed our own pollen samplers for molecular analyses. In 2016, six sites across Great Britain sampled pollen throughout the grass allergy season using both traditional methods for analysing total Poaceae pollen concentrations and molecular identification of grass pollen species.

Using the metabarcoding approach, we have been able to visualise how different  types of grass pollen are distributed throughout Great Britain and across the grass flowering season. While there was a real chance that aerial pollen mixtures could be very varied and haphazard – due to the mobility and persistence of pollen in the environment and the fact that different grasses flower at different times of the season – our newly published study in Nature Ecology & Evolution has found that this is not the case. We found that the composition of airborne pollen resembles a sliding window of diversity, featuring early, mid and late-season flowering grasses in an intuitive phenological progression.  This means that different types of grass pollen are not present throughout each period of the grass flowering season.

By including grass phenology data, recorded by members of the public and collated by Natures Calendar, we also found that as the grass flowering season progresses airborne pollen follows a sensible, but delayed, appearance from the first flowering times noted from the ground.

This research is important to more than just our understanding of plants. Pollen allergies have significant public health relevance and socioeconomic importance. A related condition, allergic asthma, can result in serious health outcomes and sometimes death. In the next few months we will be looking into different forms of pollen and health data to investigate links between the biodiversity of aerial pollen and allergenic symptoms. Our own emerging evidence suggests that over-the-counter medication purchases are not uniform throughout the grass flowering season, potentially suggesting that certain types of grass pollen may be contributing more to allergenic disease than others. It could be that when symptoms are particularly bad, allergies are caused by the type of grass pollen in the air, not just the amount.

The overarching aim of our work is to eventually provide better forecasting, planning and prevention measures to enable less people to suffer from grass allergenic disease. 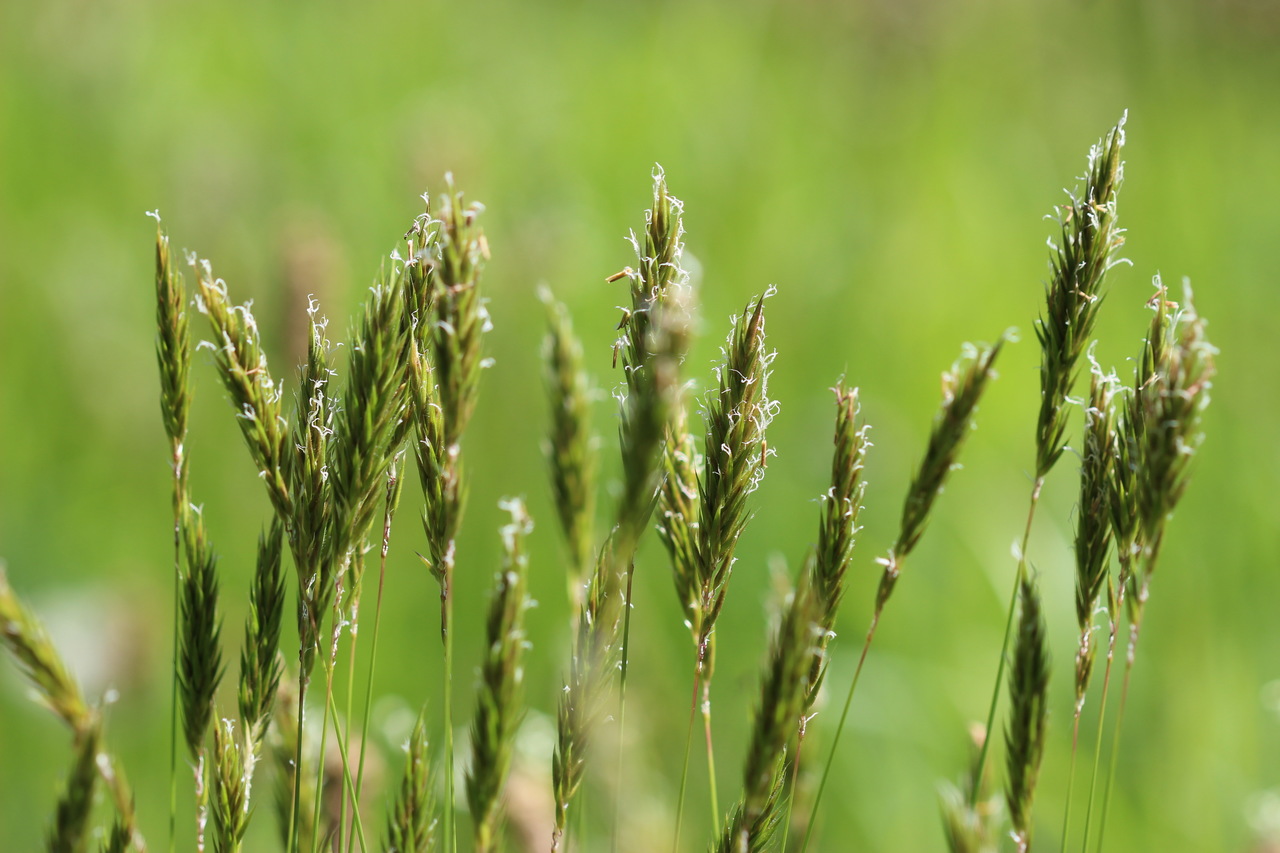 As the summer arrives, so too do allergic symptoms of airborne pollen, ranging from itchy eyes and nose, to production of mucus, inflammation and sneezing fits – something I am familiar with myself. Roughly 400 million people worldwide suffer from allergic reactions to tree, grass and weed pollen causing allergic rhinitis (hay fever) and allergic asthma. Grass pollen is the top source of allergen for hay fever sufferers.