Just as humans crowds will often contain subgroups of people moving with friends or partners, winter flocks of jackdaws contain birds flying in pairs. This reflects the long-term monogamous bonds of the species, and in our study we found that paired birds in a flock coordinate with half as many neighbours as their unpaired counterparts. While focusing on their partner rather than their position in the wider group may have some energetic benefits for paired individuals, this might come at the cost of how efficiently the group coordinates as a whole.

Displays of collective behaviour, be they shoals of fish avoiding a predator or the pulsing waves of a starling murmuration, provide some of the most impressive spectacles in nature. Such is the level of co-ordination in these groups that some natural historians once speculated that they must possess some kind of telepathy to avoid collision (1). Later, mathematical models suggest that these incredible displays of cohesive order can come about by the individuals following simple local interaction rules of alignment, attraction, and repulsion (2,3), and technological advances have now allowed scientists to collect the data that has validated these models (4,5). However, most work to date has assumed that individuals are identical and follow the same interaction rules, ignoring the possibility that the social relationships among group members might influence the interactions between them and shape the behaviour of groups. We decided to use 3D imaging to investigate how social structure influenced collective movement in jackdaws, a small corvid species that forms life-long pair-bonds.

The challenges of studying collective behaviour of jackdaws in the field are great. To record and reconstruct the trajectories of flock members in three-dimensional space with high-precision, we had to capture the area of sky that the birds pass through on at least 3 cameras that work in synchrony. Addressing this challenge required a truly interdisciplinary collaboration, combining our biological knowledge of the study system with the expertise of physicists Hangian Ling and Nicholas Ouellette from the the Environmental Complexity Lab at Stanford University. Together, we have developed and deployed an array of 4 cameras in the English countryside over the last two winters, allowing us to film large flocks of corvids (members of the crow family) as they commute to their evening roosts(6). Using high-speed USB cameras that write to high-performance laptops allows us to capture up to 80 frames per second, and film for over 2 minutes at a time. Modern stereo-imaging hardware provides a great advance upon some of the pioneering work in this field, where synchronised film cameras could capture 36 images at around 1.5 images per second(7).

One half of our camera array, hooked up to a high performance laptop well outside of its natural environment. Images by Guill McIvor.

In our manuscript published today in Nature Ecology and Evolution, we showed that jackdaw flocks had a clear sub-structure, with discrete pairs moving together within the crowd. We believe these pairs reflected the monogamous pair bonds in jackdaw society. Surprisingly, we found that staying close with partners came at both benefits and costs. On one hand, paired birds may save energy during flight since they only coordinated with a half number of neighbours as their unpaired counterparts and flapped wings at slower rates. On the other hand, since paired birds reduced the effective coordination between group members, this is likely to inhibit the flock as a whole when responding collectively to external perturbations such as predator attacks. These findings help us to better understand how groups with social substructure move and behave, and in time might allow us to better predict how large crowds of people might behave in situations of panic.

A photograph combining all of the images collected from one camera during the passage of a jackdaw flock. Each ribbon is the path taken by a single bird, with oscillations in the ribbons show the wingbeats of each individual. Image by Hangjian Ling.

Working with sensitive equipment in wintery conditions throws up plenty challenges, and all too often the flocks we try to film perform aerobatics tantalisingly close to but not quite over our camera array. Nevertheless the scientific potential of our system is great, and we are developing and refining our methods all the time. Just last month we managed to deploy an 8 camera super-array that more than doubles the area of sky we can capture, and our collaborators from the Autonomy lab at Simon Fraser University are currently exploring how accurately we can resolve the three-dimensional location of each flock member from just a two-dimensional image. With their help we will also implement machine-learning algorithms to differentiate between rooks and jackdaws in mixed species flocks in the next year, and begin to understand how variation in species as well as social structure of the group influences their movement dynamics. The crow family may not be everyone’s cup of tea, but the intricacies of their social and heterospecific flocks are helping to transform our understanding of collective behaviour in complex societies. 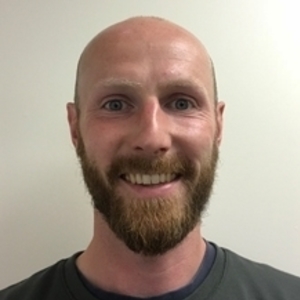 Ruth Milne
over 2 years ago