Artisanal fish fences are used for fishing along many tropical coastlines. Here, Exton et al. examine the impact footprint of artisanal fish fences, showing that they are highly non-selective, cause direct harm across the tropical seascape, disrupt ecological connectivity and create social conflict.

Small-scale fisheries along tropical coastlines can involve over 50 different fishing techniques, known as gears, and directing management towards the most damaging is therefore a major challenge. Our new paper in Nature Communications discusses the importance of understanding the multidimensional impacts of individual fishing gears, incorporating not only their ecological impacts but also social impacts within the fishing community and how the bioeconomics underpinning their use might further impact their sustainability. We then apply this thinking to artisanal fish fences, a widely used fishing technique that has received surprisingly little research or conservation attention.

Sometimes a project starts with a eureka moment, whilst other times it emerges slowly and grows organically; this study is an example of the latter. Fish fences are not a recent phenomenon, and the authors were all used to seeing them regularly without paying them much attention. But I suppose that is the moral of the story – just because a particular fishing technique seems harmless and unremarkable to the casual observer, dig a little deeper and the true extent of their impacts becomes clear.

This study shows that, despite their unremarkable appearance, artisanal fish fences pose broad threats to multiple ecosystems and to both the natural and human communities living across three oceans. Illustration by Vanessa Gonzalez Ortiz.

The semi-permanent nature and large size of fish fences makes them a unique gear to study. They are visible from space, meaning we could use Google Earth imagery alongside the published literature to demonstrate their widespread use across three oceans for the first time. On a local scale, they were easy to detect by boat, allowing their numbers and dimensions to be counted and tracked over time. We also worked with a long-term data set, collected locally by teams of student volunteers led by scientists and in partnership with local fishers and NGOs. These data ranged from reef fish community surveys, monitoring of fish fence catch composition, and socioeconomic data via household surveys and workshops. Combined, we used these data to try and build a picture of the overall footprint of fish fence catches.

Fish fences act as a natural barrier to normal ecosystem function. These two photos show both sides of the same fence, showing how the healthy reef community comes to an abrupt end on the seaward side of the fence, leaving a barren expanse on the landward side. Photos by Benjamin Jones, Project Seagrass.

We showed fish fences to directly damage three distinct ecosystems. Their owners clear seagrass and corals from around the structure, whilst the fences themselves obstruct natural ecosystem function. At the same time, fences are built from locally harvested mangrove wood, and a single fence can require more than 2 tonnes of wood to construct. They catch over 500 species of fish at a single location, up to 40% of which are juveniles. Within the broader fishing community, fish fences assume unofficial property rights over otherwise open access fishing grounds, whilst their high investment but low regular effort nature encourages continued use regardless of collapsing stocks.

In recent years there has been a significant move towards multi-disciplinary approaches, and it was such an approach that really highlighted the hidden impacts of a seemingly harmless fishing gear. This has allowed us to call for restrictions of fish fence use in order to deliver immediate and direct benefits to the natural environment and the human communities that depend on it. 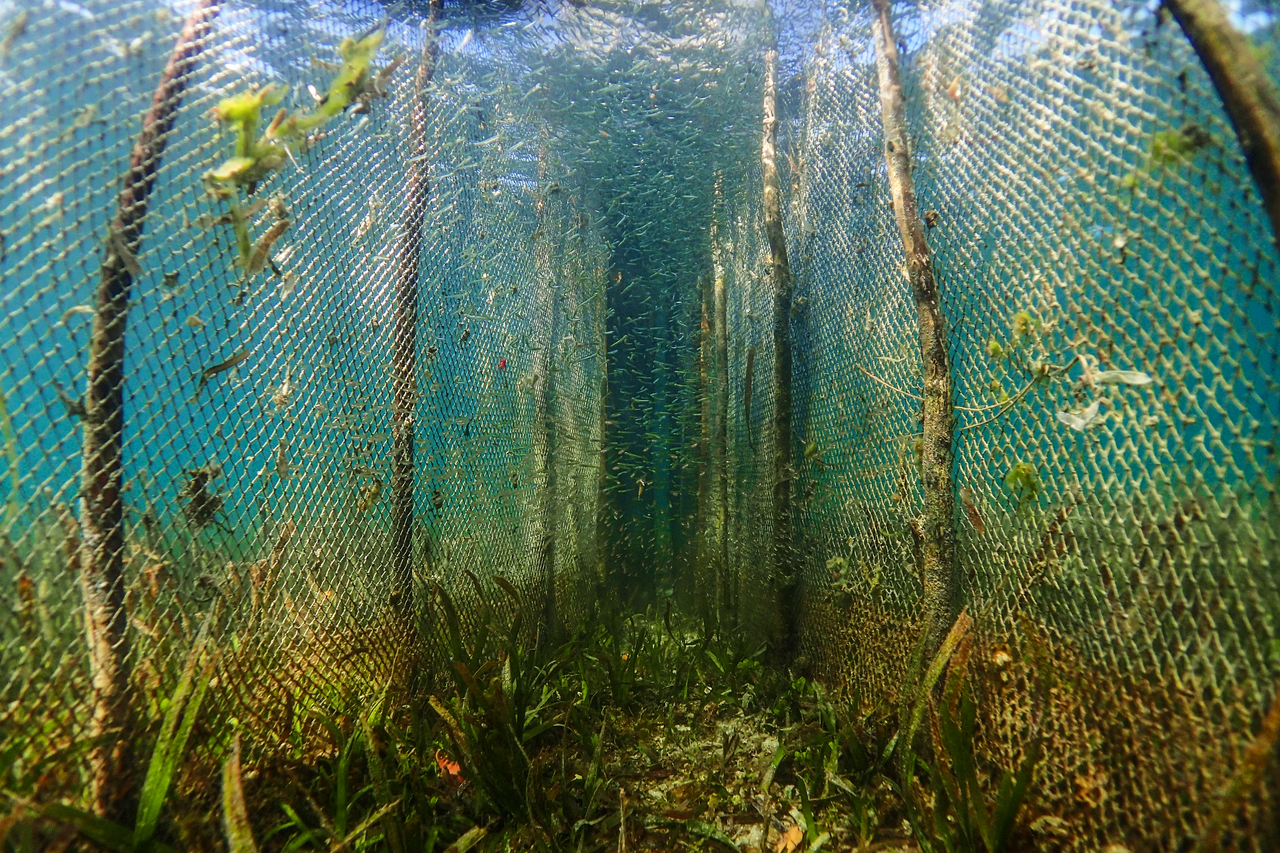