Tiny shells of planktonic foraminifera on the sea floor reveal that species communities in modern plankton have shifted with global climate change away from their pre-industrial, long-term average state.
Lukas Jonkers
postdoctoral researcher, MARUM - Center for Marine Environmental Sciences, University of Bremen
Follow
Like Liked by Patrick Goymer and 1 other
0

Nature - Seafloor-derived planktonic foraminifera communities of pre-industrial age are compared with communities from sediment-trap time series and show that Anthropocene communities of a globally...

Ongoing anthropogenic climate change affects ecosystems worldwide and the oceans are no exception. Thanks to long time series of temperature measurements and to information obtained from palaeoclimate archives we know that the Earth’s climate has shifted away from a pre-industrial state. For marine ecosystem research however, such a baseline is missing, making it hard to place ongoing changes in the marine biosphere into a long-term perspective.

I have been working with planktonic foraminifera, tiny unicellular zooplankton with a calcite shell, since the beginning of my PhD. These organisms live in the upper layer of the ocean and when they die their shells sink to the seafloor and are preserved in the sediment. In palaeoceanography we these fossil shells to provide information about the past state of the oceans, but they can of course also provide direct information about past foraminifera species communities. To obtain information about modern planktonic foraminifera, I use moored sediment traps, large funnels that sample the sinking flux from the upper ocean. In this way sediment traps provide data that can be directly compared with seafloor sediments.

In 2011 the SCOR/IGBP Working Group on Modern Planktonic Foraminifera and Ocean Changes met in Amsterdam and during this meeting I volunteered to compile sediment trap time series data on planktonic foraminifera from around the world’s oceans. In 2015 this project led to synthesis that gave an overview of modern species communities across the globe. At the same time, colleagues in Bremen (Germany) were working on a new compilation of planktonic foraminifera species assemblage data from the marine sediments. Because planktonic foraminifera accumulate slowly at the seafloor and once deposited they are mixed by burrowing organisms, seafloor sediment samples provide a clear picture of the multi-century averaged state of foraminifera communities before human influence. We thus had in our hands two datasets that allowed us for the first time to directly compare modern and pre-industrial species communities from a globally distributed zooplankton group. We only had to figure out how.

In the following years I continued to occasionally work on this project and tried to find a way to meaningfully compare the two datasets. In the end we settled for a very simple method that is often used in palaeo-ecology. Since we had so many seafloor samples, we could for every modern assemblage look where the most similar pre-industrial species assemblages are. We found that the modern species assemblages were all different from the pre-industrial communities at the same site and that in almost all cases the modern species communities resemble most closely pre-industrial communities from warmer areas. This unambiguously shows that modern planktonic foraminifera species communities have changed in response to global warming and have now entered an Anthropocene state. 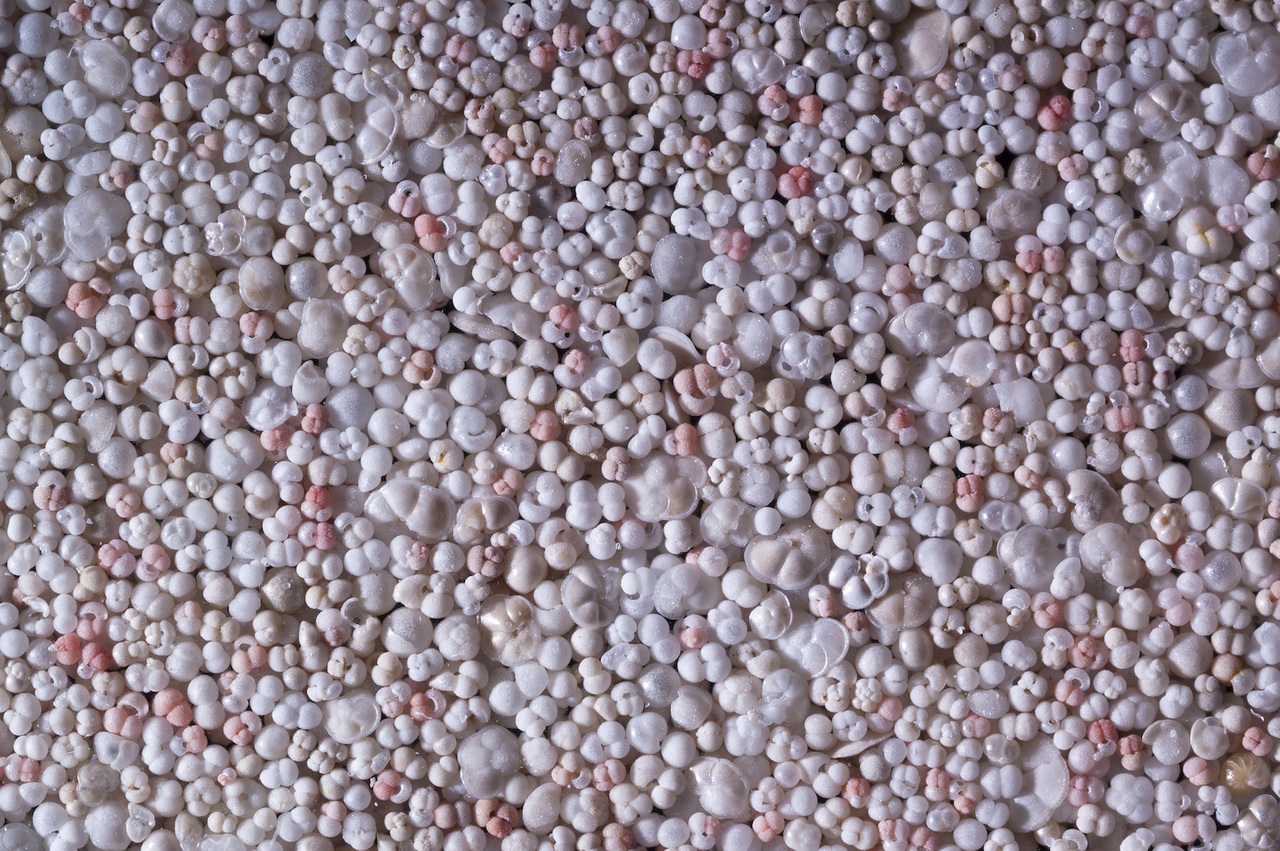 Tiny shells of planktonic foraminifera on the sea floor reveal that species communities in modern plankton have shifted with global climate change away from their pre-industrial, long-term average state.