Why some mushrooms are darker than others

Animal and plant coloration fascinated biologists for nearly 150 years, however, the function of mushroom colors is uncertain and unexplored. In our article, we shed light on the color of mushrooms and found support for a role of thermal adaptation.

We all are fascinated by the remarkable colors around us in nature, which we see in flowering plants, birds, butterflies, and all types of organisms. It will not surprise you therefore that color has also attracted the interest of biologists for more than 150 years, wondering about the functional roles and evolutionary history of coloration. Alfred Russel Wallace, in 1877, laid the foundation for a myriad of studies to come, suggesting six biological categories of coloration of animals and plants. Nearly 150 years later, we now know that the diversity of colors found in animals and plants are not only beautiful, but can also have many important functions that affect the survival and reproductive success of organisms. Modern techniques have even revealed a palette of diverse functions, including the use of melanin as protection against sun burn.

This was the context in 2016 when Claus (my supervisor) and I first pondered: “Mushrooms are beautifully colored, but why?”. It is no secret that mushroom colors are extremely important for species identification. Moreover, mushrooms are the organs where many fungi produce and release sexual spores, and thus mushrooms are crucial for reproduction and dispersal. However, there was no scientific explanation for the incredible diversity of mushroom color. We had not even the slightest idea, and extended literature searches revealed that the function of mushroom color is scientifically uncertain and unexplored, apart from a handful of attempts. This surprised us, given the amount of research done in animals and plants and the general attraction of colors.

Inspired by the literature exploring animal and plant colors, we hypothesized that the theory of thermal melanism for ectotherm animals could also make sense for fungi. The theory of thermal melanism states that dark-colored organisms a fitness advantage in cold climates because of their increased warming. Fungi are the sister group to animals, and like many animals, fungi are ectotherm. A good way of testing this theory is to look at large-scale distribution of colors (especially the lightness of coloration). In collaboration with the ClimFun consortium, we decided to test the thermal melanism hypothesis using a unique Europe-scale fungal distribution dataset from fungarium and citizen science sources. We extracted color lightness data from mushroom images of more than 3000 fungal species within the fungal dataset. We found that dark-colored mushroom communities are more prevalent in colder climates, which is consistent with the theory of thermal melanism. Those mushrooms are formed by fungi with important ecosystem functions, such as decomposition of dead organic material, and thus are important for global nutrient and carbon cycling. Dark coloration of mushrooms might thus increase fungal reproductive success in cold climates and therefore help to maintain fungal-driven ecosystem functions in cold environments.

Although our findings do not entirely answer the question of why mushrooms exhibit such remarkable variation in coloration, I believe they serve as a starting point to understand mushroom coloration, and maybe even a wake-up call to mycologists to fill the gap of knowledge between fungal, animal and plant coloration. 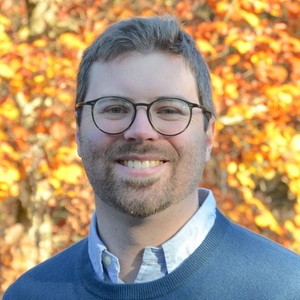 I received a PhD in fungal community ecology from the Technical University of Munich in 2019. I am interested in understanding the relations between fungal communities and their environment. I am especially interested in the evolution of host specialisation and fungal adaptations to climate.
Follow