Grandfather of plant pathology and mycology in West Africa
Daniel Clerk
Accra, Ghana
Follow
Like Liked by Ben Johnson and 1 other
0

George Carver Clerk, an early phytopathologist and mycologist in West Africa, passed away in the Ghanaian capital, Accra, on 2nd May, 2019. An academic based at the University of Ghana, Legon, his childhood fascination with plants led him to study botany in university rather than opt for medicine. George Clerk’s lifelong interest in plant science can be harkened back to 1843 when his Jamaican great-grandfather, the Rev. Alexander Worthy Clerk, a trained teacher, arrived in pre-colonial Ghana, from the West Indies, among 24 Moravians selected by the Danish minister, the Rev. Andreas Riis and the Basel Mission Society of Switzerland, to expand formal education in the country. These Caribbean Moravians had sailed to the Gold Coast with seedlings including those of breadfruit, guava, pear, cocoyam, cocoa and sweet potato to grow on their farms in southern Ghana; crops which have now become staples in the Ghanaian agricultural economy.

Eight decades later, George Clerk’s father, the Rev. Carl Henry Clerk, an educator and Presbyterian minister, would be awarded a scholarship by the Phelps Stokes Fund of New York to study agricultural science at Tuskegee Institute in Alabama in the United States. Among Carl Clerk’s professors at Tuskegee was the acclaimed American botanist and inventor, George Washington Carver. On 29th  July, 1931 when George Carver Clerk was born in Accra, his father named him in honour of his lecturer Carver, whose mentorship had left a lasting impression on the senior Clerk. G. C. Clerk’s mother, Martha Ayorkor Clerk, née Quao, a merchant’s daughter and a businesswoman, was of patrician matrilineage.

Clerk’s first exposure to experimental science was in his father’s backyard garden, where lettuce, onion, pepper, sweet potato and tomato were cultivated for home consumption. Under his father’s tutelage and guidance, grape seeds under regulated climatic conditions were also planted in this natural laboratory. More broadly, Clerk was nurtured in a family culture that valued a ‘life of the mind’ and public service. He followed the example of his illustrious forebears, who were pioneers in multiple scholarly areas in Ghana, particularly in architecture, education, medicine and public health.

Raised in a notable Presbyterian household, he served as a lay speaker at the Protestant churches he had attended in Accra and Port Harcourt. His grandfather, the Rev. Nicholas Timothy Clerk trained in theology and languages in Baden-Württemberg, Germany and in Basel, Switzerland. In the late 19th and early 20th centuries, N. T.  Clerk promoted progressive ideals in education in Ghana, especially at the second-cycle level and literacy among girls and women, who had very few opportunities at the time.

Clerk had a sweet tooth and his mother’s bakery must have been the original source of his well-known fondness for cakes. Noted for his genteel disposition and unassuming lifestyle, he honed his musical ability before age 10 and learned to play the piano, becoming the school organist in his final year of boarding school. He kept this hobby for the rest of his life. Additionally, in secondary school and university, he was a gifted multi-sport athlete in football, sprint and high-jump. He was a keen supporter of his beloved hometown boyhood club, Accra Hearts of Oak, S. C. and the English football club, Arsenal, F. C.

He was a natural artist and his former students affectionately recall his elegant plant anatomical drawings and beautiful handwriting, which they dubbed “an artistic show.” Privately however, George C. Clerk was talented in sewing and apparel design; his artistry extended to the kitchen – his family remembers him for his culinary skills. He was predeceased by his two oldest children, Judith and George, Jnr. He is survived by his children, Nicholas, Theodore, Daniel and Dinah; his brothers, Arnold and Henry; and four grandchildren.

George Clerk took a first in botany as an undergraduate of the University College of the Gold Coast, then an external affiliate of London University, and now named the University of Ghana, Legon. He conducted his postgraduate research in London and Bristol, under the pioneer British mycologist, Michael Francis Madelin, who had made a name for himself, studying biological phenomena in slime moulds and conidial fungi in tropical environments. In 1963, Clerk was awarded a doctorate in botany with a specialty in fungal physiology from Imperial College London.

George C. Clerk was a committed advocate of STEM education at the pre-tertiary level. He taught biology at an all-boys boarding school, Prempeh College in Kumasi, Ghana between 1956 and 1959. Moreover, G. C. Clerk taught the microbiology of fermentation, including the biochemistry behind beer-making; paradoxically, he voluntarily practised teetotalism. Outside the life sciences, he taught math to adult education students.  Such was his adeptness at crisscrossing varied disciplines that much later at the university, he would also teach a required module on the history and philosophy of science to third-year undergraduates.

In his half-century research career, Clerk made important contributions to botany, ecology, fungal science and plant pathology. In the early 1960s, he was a research officer of the Plant Services Division of the Ministry of Agriculture. G. C. Clerk joined the botany faculty of the University of Ghana in August 1964. His groundbreaking work on the fungal causes of the black pod disease in cocoa resulted in a Fulbright Research Fellowship at the University of California, Riverside in the United States in the early 1970s. In California, George Clerk further investigated the disease mechanism of fungi using transmission electron microscopy. He wrote high school textbooks in ecology, statistical analysis and interpretation of biological data. Also, he authored university-level books, including his major work, “Crops and their diseases in Ghana,” published in 1974 by the Ghana Publishing Corporation, Tema and for which he received the 1982 Ghana Book Award by the Ghana Book Developing Council of the Ministry of Education in Accra. He co-contributed to the African Encyclopedia, first published by Oxford University Press in 1974. He was the sole Fellow to be inducted into the learned society, the Ghana Academy of Arts and Sciences in the year 1973 - his annus mirabilis.

George Clerk’s service to his university included a two-term stint as the chairman of the botany department. He was the Hall Master and Senior Tutor of the Senior Common Room at Akuafo Hall, a student residence. He also served as the Dean of Graduate Studies at the university. Nationally, he was on the boards of more than 17 scientific research, cultural exchange and international cooperation committees and agencies including the Council for Scientific and Industrial Research, Cocoa Research Institute of Ghana, Ghana Atomic Energy Commission, Institute for Aquatic Biology (now Water Research Institute), Volta Basin Research Project and the Ghana National UNESCO Commission. In the 1970s, he was a regional representative of the Association of African Universities. His role as the chief examiner for biology at the West African Examinations Council spanned thirty years. Clerk went on sabbatical abroad to Ahmadu Bello University, Zaria and the University of Lagos, both in Nigeria. In the 1980s, he taught at the University of Port Harcourt, where he was appointed the Dean of Science. He retired fully from university teaching and research activities in 2014, at the age of 83. In the dying embers of his life, he sometimes advised graduate students.

On the first day of every semester, Professor Clerk often began his courses by reminding his students, “One does not deliver a lecture in a science class. Science is taught.” For George Clerk, his legacy is not only tied to his pioneering and outstanding contributions to his field but also to the legions of students, to whom he imparted his vast scientific knowledge, in those lecture halls, laboratories and during field trips – the real seedlings of his life’s work that germinated into influential global citizens, in academia and public life. 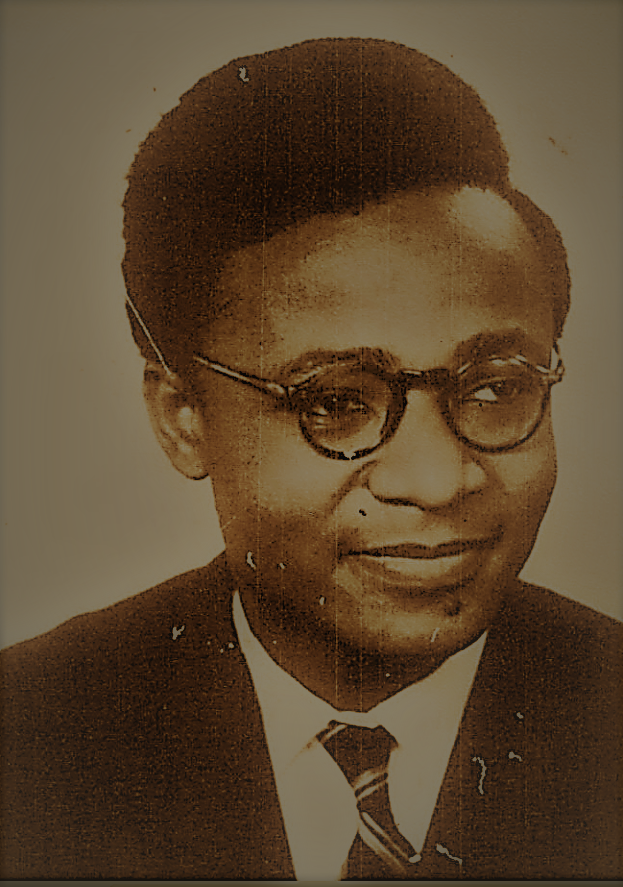 Grandfather of plant pathology and mycology in West Africa