Different ways of coping with climate change in pre-Columbian Amazonia

Our paper "Climate change and cultural resilience in late pre-Columbian Amazonia" summarises archaeological and palaeoclimatological data from six regions of the Amazon. These areas experienced social change, collapse and migrations during periods of climate change. In many cases, this happened only a few centuries before the arrival of Europeans. Although our initial expectation was to find a single, clear trend, the final version of the paper focuses on the diversity of responses from different kinds of pre-Columbian societies to climatic events.

Most of the general public knows about the collapse of the Maya. They are aware that Maya cities in the tropical forest were abandoned and the ruling elite disappeared centuries before the Spanish conquest. We felt, however, that the overall perception was different in the case of Amazonia, especially with the number of recent publications reappraising the size and complexity of pre-Columbian populations. Many people imagined that Amazonia was becoming gradually more populated, with growing impacts on the environment, and societies becoming increasingly more complex until the arrival of Europeans caused their demise.

A challenge for that scenario was the fact that the archaeological data from various parts of Amazonia showed abrupt changes and abandonment of settlements before 1492. This was clear, for example, in the disappearance of the Eastern Amazonian Marajoara culture - famous for its beautiful painted pottery. In the Bolivian Llanos de Moxos, the pollen record showed changes in land use about a century prior to the Columbian encounter, coinciding with the abandonment of the large habitation mounds in the region.

By 2015, the palaeoecological data collected by the Leverhulme project "Pre-Columbian human land-use in Amazonia" were showing ubiquitous transformations in the Amazon long before the arrival of Europeans. The trend was too evident to be ignored, and author José Iriarte decided to present the results in the XIX INQUA Congress in Nagoya, Japan. Palaeoecologist Henry Hooghiemstra was in the audience that day. As José and Henry talked over a cup of coffee after the presentation, the idea for this project was born.

When we started joining the pieces of the puzzle, we realised that making sense of the big picture was too much for a single brain. In 2016, José Iriarte, leader of the PAST (Pre-Columbian Amazon-Scale Transformations) project funded by the European Research Council (Grant agreement ID: 616179), organised the workshop "Land use and climate changes at the eve of the conquest in the Neotropics: an interdisciplinary approach" and invited archaeologists, palaeoecologists and palaeoclimatologists working in the Amazon. Sometimes it takes a fresh view from an outsider to solve a long-standing problem. In our case, this perspective came from the palaeoclimatologists, who immediately started noticing patterns in the way the archaeological record seemingly responded to changes in precipitation.

After the workshop, it took us a long time to organise all the data. We were all busy with other projects, there was too much information to be compiled, and, unfortunately, the clear patterns that we believed to have found during the workshop did not resist deeper scrutiny. An ideal scenario for a high-impact paper, I thought, would be to show massive abandonment in the archaeological record coinciding perfectly with climatic events in the past, like prolonged droughts. Even better if this happened throughout the Amazon. Some people in the workshop were also hoping to find this compelling story. Others were more interested in the possibility of different responses to climate change. In either case, we were stuck for a couple of years as no clear pattern emerged, and we could not find the central theme around which to write the paper.

It was only in 2018, when I was determined to solve the question once and for all, that I had a new insight. I was disappointed because, even though the archaeological record of some parts of the Amazon showed clear declines during phases of drought, others did not. Sometimes, even in the same region, some cultures were doing well in spite of climate change, while others were declining. This is when I started to ask myself: what if there is a pattern in the types of societies and economies that perished during events of climate change? A new discussion began among all authors, who contributed with several brilliant conceptual approaches. In the end, we were all happy with the new paper that resulted, which has a more complex and nuanced discussion than we could have hoped for in 2016.

A Mountain of Discoveries in Biodiversity 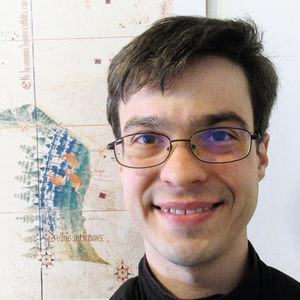