Dining with microbes: brewer’s yeast and the canine take on steakhouse syndrome

by Richard Lindsay and Ivana Gudelj

A tale of why microbes deploy risky strategies to acquire food

Our lab has been studying microbial cooperation for over a decade. One recurring problem that has kept us, and many of our colleagues awake at night, boils down to the following canine culinary thought experiment. Imagine highly evolved dogs have reached the point of eating with knives and forks. Now imagine one such dog, call him Ted, orders a very large, juicy steak at his favourite restaurant. To avoid choking (it is a highly cultured canine restaurant, after all), and the ignominy of the medical condition known as steakhouse syndrome, Ted invests his almost boundless energy into cutting the steak into small chunks that are manageable to eat. But what if, by so doing, the less dextrous and more unscrupulous canine diners sitting at nearby tables take advantage of his cutting efforts and help themselves, for they surely will, to the newly available and easier to digest meat? Does Ted continue to invest his energy into cutting up the steak or, being a smart sort of fellow, does he ditch that plan for a game of soldiers and simply exploit some poor other dog’s efforts?

Microbes face exactly the same conundrum. Their steak knives are enzymes, costly to produce but used to break down complex sugars, with the resulting simpler sugars freely available in the environment. But why publicly break down sugars when this can be exploited by individual cells, often termed cheats, who do not pay the cost of enzyme production? Until recently, answering this question was the main focus of our research.

Then, we came across a paper that to us, as evolutionary ecologists, was very intriguing. In 2010 a study by Wahl et al. published in PLoS Biology illuminated a mechanism by which some plant pathogenic microbes obtain complex sugars from the plant host. The solution was simple: instead of “publicly” breaking them down, undigested sugars are directly imported into the cell through high-affinity transporters and digested “privately” inside the cell, thus avoiding potential exploitation. This would be equivalent to Ted going out for dinner and opting to swallow a whole steak in one go. While for dogs this is not a feasible strategy, microbes have evolved the ability to do just that.

What we found puzzling turned out to be an unanswered question - why engage in cooperative nutrient consumption that is open to exploitation when an exploitation-free alternative is available? We set out to answer it using synthetic biology and mathematical modelling.

First, we created a synthetic community of brewer’s yeast Saccharomyces cerevisiae where strains differed in their strategies for metabolising sucrose. S. cerevisiae is a well-known organism for studying metabolic cooperation. The wild-type secretes an enzyme, invertase, that breaks down sucrose into glucose and fructose, the preferred carbon sources. We named this strain a public-metaboliser. A synthetic cheat with an invertase gene deletion is well-characterised and relatively simple to generate. It does not produce invertase but instead relies on the glucose and fructose generated by the wild-type, without paying the associated metabolic costs. To generate a strain that can internalise sucrose before digesting it, we borrowed the solution that we identified from reading the Wahl et al. paper. There, the authors describe a high-affinity sucrose transporter from the corn pathogen Ustilago maydis. We inserted this sucrose transporter into a strain of yeast which produces an invertase that remains internal, rather than being secreted. This resulted in a strain, we called a private-metaboliser.

With our synthetic community completed, we could then perform ecological experiments to identify conditions which would favour one metabolic strategy over the other. As always, mathematical models helped us guide the experimental design and interpret the outcomes. We even wondered whether the synthetic community was able to engage in a rock-scissors-paper game, unfortunately they couldn’t.

But we discovered something important that could explain why, despite the clear drawbacks, public metabolism is still prevalent in nature. Even though the private-metaboliser is the strongest competitor, we discovered that in unstable, transient environments it can cause populations to decline, leaving them vulnerable to collapse. Concluding with the steak dining analogy, chopping up a steak into small pieces before consumption can be a favoured metabolic strategy if a rapid release of energy is needed, whether for sniffing, woofing, howling or scratching. 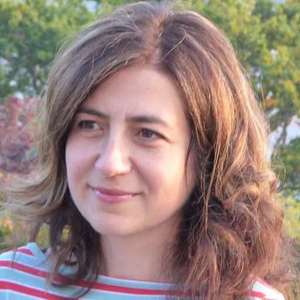