How to switch the mimetic wing pattern

The swallowtail butterfly Papilio polytes exhibits sexually dimorphic and female-limited Batesian mimicry. We have revealed that dual regulation by mimetic type doublesex is necessary for the switch from non-mimetic to mimetic color pattern in female wings.
Haruhiko FUJIWARA
Professor, University of Tokyo
Follow
Like Liked by Patrick Goymer and 1 other

Takuro Iijima, Shinichi Yoda, and Haruhiko Fujiwara investigate gene networks controlled by the mimicry-associated allele of doublesex, dsx-H, in butterflies that mimic an unpalatable species. They find that dsx-H has a dual function: it induces mimetic gene networks and represses non-mimetic gene n…

Since the time of Darwin and Wallace more than 150 years ago, Papilio polytes has attracted not only scientists but also the public. In this textbook example of polymorphic female-limited Batesian mimicry, only mimetic-type females resemble the unpalatable model butterfly, but non-mimetic females and all males do not. The difference of wing color pattern between mimetic and non-mimetic morphs is clearly seen in a P. polytes gynandromorph (see a following photograph taken by Dr. shinichi YODA; left half is male and right half is mimetic female).

Several years ago, Kunte, K. et al (1) and our group (2) found independently that a supergene including the doublesex (dsx) gene is responsible for the above Batesian mimicry. To obtain the functional evidence, we knocked down the mimetic type dsx in the mimetic female wings by electroporation mediated RNAi. Before the experiment, I initially imaged only that the mimetic color pattern would be lost. Unexpectedly, however, we actually observed that non-mimetic wing color pattern appeared in place that the mimetic pattern lost in the siRNA introduced region. This means that both turning on the mimetic gene network and turning off the non-mimetic gene network are necessary to make the mimetic wings.

In Lepidoptera, dsRNA is not easily introduced into the cells as it is, which discouraged researchers before. But, the electroporation mediated RNAi has solved this problem (3; the video manual for electroporation mediated RNAi is available in the paper). To certify the above concept of “switch” of the gene-networks, we thought up a strategy to use an advantage of this technique. Using this method, we can introduce siRNA in the specific region (touched with + electrode) and observe the phenotypic changes comparing the non-introduced region in the same individual. Thus, we can prepare RNA samples for comparative RNAseq analyses both from dsx-knock downed region and from non-treated region in the same individual, which minimizes to pick up background level candidates.

Both in dsx-induced and dsx-repressed gene networks, so many transcription factors or cell-cell communication related genes were picked up and listed as regulatory molecule. In this report, we analyzed functional roles for only three genes, but further studies will clarify the whole image of dsx-orchestrated gene networks. We have recently reported that the same dsx-region is responsible for a similar female-limited Batesian mimic butterfly, Papilio memnon (4),although the wing color patterns of two Papilio species are considerably different. Comparison of dsx-orchestrated gene networks between two butterflies will shed light on the evolutional process of female-limited Batesian mimicry. 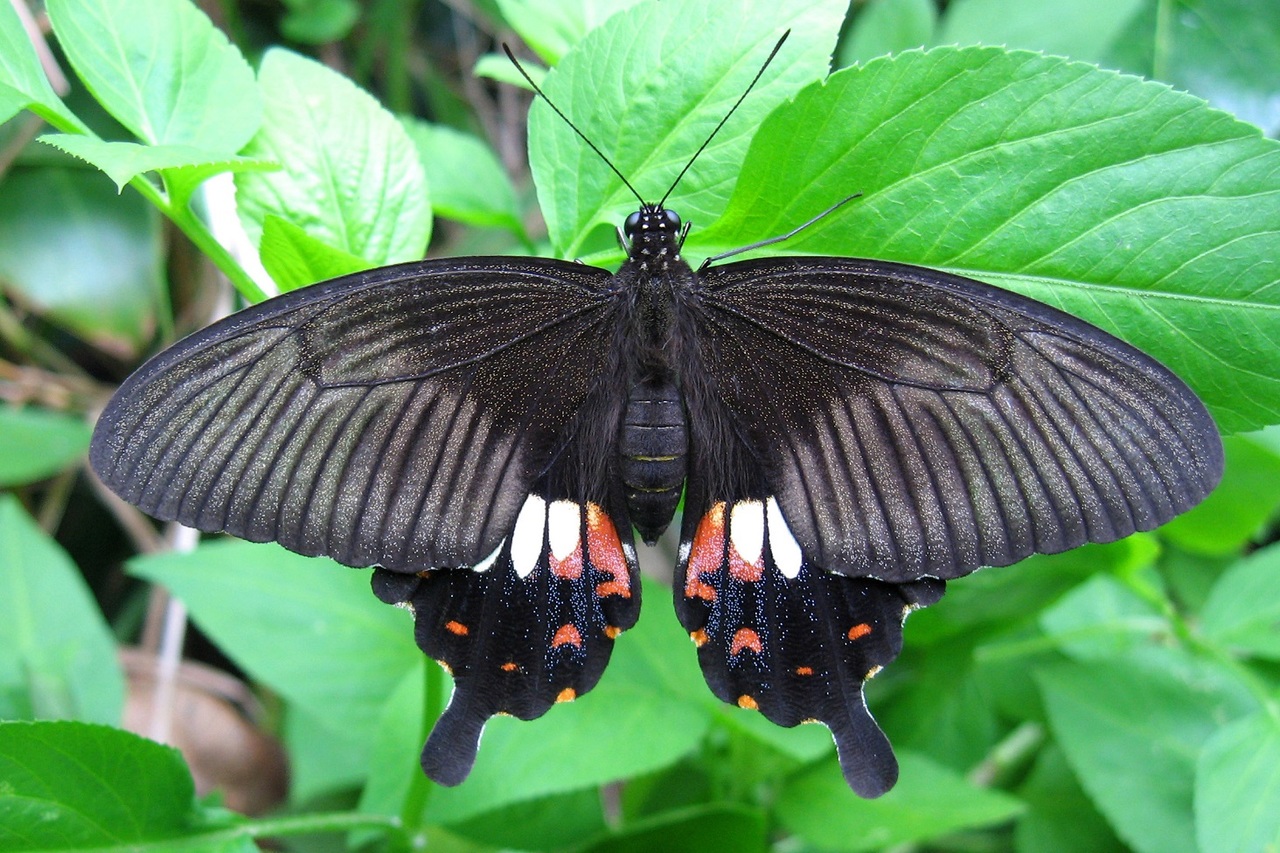 How to switch the mimetic wing pattern

The swallowtail butterfly Papilio polytes exhibits sexually dimorphic and female-limited Batesian mimicry. We have revealed that dual regulation by mimetic type doublesex is necessary for the switch from non-mimetic to mimetic color pattern in female wings.