Migration in monarchs: Use it or lose it

Monarchs fly south to Mexico each year in the early fall, an adaptation that allows them to avoid the harsh winters of the U.S. and Canada. As evolutionary biologists, we want to understand the genetic underpinnings of that adaptation, specifically how the drive to fly south is encoded in an insect’s genome. Unfortunately, monarchs only develop into their migratory generation once a year, seriously limiting the number of experiments we can perform. To increase the amount of time we could study migration, we needed two things: 1. North American monarchs that could be purchased year-round and 2. the ability to mimic the environmental conditions that cause monarchs to develop as migratory individuals indoors. At the time, we had no idea we would be jumping into contentious debates surrounding the pros and cons of commercial monarch breeding and at-home rearing.

At this point, we do not know what conditions are necessary and sufficient to induce migration in monarchs. Our work only crossed off one possible combination out of many. For instance, we have not tried rearing monarchs near a window or with a decreasing photoperiod. We do intend to extend this work in the future, but for the moment we suggest caution. If you enjoy rearing monarchs at home and want to give them the best chance at migrating, consider moving your operation outdoors and avoiding commercially bred monarchs.

As far as commercial monarch breeding is concerned, we acknowledge that our study is limited. We only tested monarchs from a single commercial breeder. However, we suspect that the mechanism of loss is relevant to any long-term, multi-generational breeding facility in which there is no annual "test" of migratory ability. In the wild, monarchs are “tested” each year - those that survive the difficult journey south will pass on their genes. Since monarchs are in reproductive arrest until spring, any mutations that even slightly decrease the ability of an individual to migrate successfully are quickly removed. Migration is strong purifying selection. In captivity, monarchs lose the purifying selection for migration and adapt to their new environment. If a non-migratory allele arises in an individual, that individual is free to reproduce. Over time, non-migratory alleles accumulate and circulate in the population at a frequency much higher than in the wild.

That does not mean every commercial individual is non-migratory, and this is very important. In fact, there are multiple reports of commercially bred monarchs that have been tagged and recovered at overwintering sites in Mexico so we know these butterflies are capable of migrating to some extent. What we believe is happening is that commercial monarch populations are a mix of migratory and non-migratory individuals so while some individuals will migrate, others will not. In our flight simulator, we cannot distinguish between an individual who is actively choosing south versus a random choice of south so even within our data there may be migratory individuals. However, as a group, their behavior, genetics, and morphology differ from wild monarchs. We continue to investigate this issue more as well.

We know firsthand that watching the development of monarchs from egg to adult is an incredible and valuable experience, one that reinforces our bond with nature. We hope that our research will help hobbyists maximize their efforts by producing healthy, migratory monarchs. 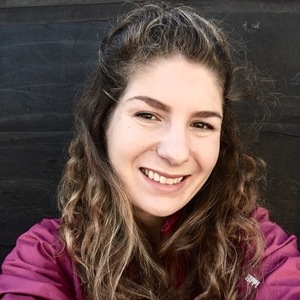