The evolution of digits and the origin of the bird wing

To understand how digits evolve, we studied the digit development in five amniotes lineages. We discovered high evolutionary dynamism in gene expression profiles and the conservation of a distinct developmental identity only in the anterior-most digit. Cover photo by Daniel J. Field.

How did the bird wing evolve? It’s a question that scientists have argued about for centuries. For a long time, the disagreement revolved around questions of which animals were the closest relatives of birds. Was it dinosaurs, or some other group? More recently, the disagreement has revolved around how the bird wing develops. Which digits make the three fingers of the bird wing, which genes are expressed in the developing wing digits and how do they compare to the digits of other species?

By the 1990s, it became consensus that birds are the sole surviving lineage of dinosaurs. Study of the theropod fossil record shows how the five-fingered hand of ancestral reptiles was reduced to three by the loss of the two posterior digits (pinky and ring fingers, positions 5 and 4). This three-fingered limb was later modified to be a thrust and lift generating surface, allowing for powered flight. However, this relatively straightforward scenario becomes significantly more complicated when you consider the embryos of birds.

Take chicken, for example. Adults have three fingers that, because birds are dinosaurs, we expect should correspond to the anterior three fingers of a five fingered limb (thumb, index and middle fingers in positions 1,2,3). However, early in development five digits begin to form. And, surprisingly, the digit precursors in the middle three positions (2,3,4) go on to become the adult fingers. How can this be? How can 1,2,3 = 2,3,4?

This is where our study began, studying gene expression patterns in a number of reptiles and mammals to discover whether digits have distinct developmental programs that are conserved across species. To do this, we sequenced the RNA of developing limbs for a number of species (alligator, green anole, mouse, and human). These species were selected because they span the amniote clade and each has a forelimb with five fingers. Our approach allowed us to measure precisely which genes are expressed and at what level they are expressed in each finger of these species. To our surprise, when we analyzed the data we could only detect a conserved gene expression profile in the anterior-most position (our thumb). Contrary to what we expected, we could not detect a robust, conserved gene expression profile for each of the more posterior fingers across the amniote clade. This has profound consequences for how to think about homology in the vertebrate limb.

Is it biologically meaningful to call the “index finger” of a mouse by the same name as the corresponding finger in an alligator? Or are there more meaningful units of comparison within the hand, and will the units of comparison differ based on the clades compared? Perhaps, for example, rather than emphasizing on one-to-one comparisons for the digits in positions 2 to 5 between mouse and alligator, we should instead compare the digits as a collective (in the same way that we might consider multiple cells of the same kind). These might seem like theoretical questions, but they have direct implications for how scientists design studies and plan experiments in the fields of evolutionary and developmental biology. We hope that our study will motivate critical evaluation of some of the core assumptions underlying research on the vertebrate limb.

Given our results, we next turned our attention to the question of how the bird wing evolved. Re-analyzing previously published RNA sequencing data of chicken wing digits led us to an unorthodox conclusion –- We found that the wing digits are most similar in their gene expression to the digits 1, 3 and 4 of other limbs. This result differs from what was predicted by the frame-shift hypothesis, and it means that the bird wing did not evolve by a simple shift of gene expression patterns across the whole hand. How can we explain it, though?

We think that other data sets have glimmers of where the answer might lie. Two other researchers have previously entertained the possibility of a 1,3,4 pattern in the bird wing. Dr. Susan Mackam (NIH) and Dr. Xing Xu (Chinese Academy of Sciences) have suggested a similar scenario on the basis of on two completely independent data sets. Ultimately, it will take continued study of paleontological and developmental data, and new theories too, to explain this unexpected pattern in the bird wing. 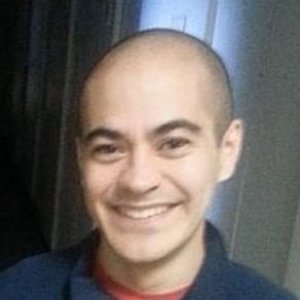 Postdoctoral Scholar, The University of Chicago