Darwin’s bark spider is famous for its ultra-tough silk and giant orb webs. We discovered their silk glands express unusual proteins that we propose contribute to their silk's extreme toughness. This illustrates the importance of evolution and ecology for uncovering biotechnology opportunities.
Jessica Garb
Associate Professor, University of Massachusetts Lowell
Follow
Like Liked by Ben Johnson and 2 others
0

Jessica Garb et al. report the transcriptome of the major ampullate silk gland of Darwin’s bark spider, known for its extraordinarily tough silk. They identify a novel predicted protein, MaSp4, which is highly divergent compared to related proteins in other species and has properties predicted to co…

Spider silk is a truly fascinating material.  While famous for being tougher than engineering materials like Kevlar used in military-grade body armor, I think the most fascinating aspect of spider silk is that there are so many kinds.  You may be surprised to learn that orb web weaving spiders that construct the familiar wheel-shaped web can produce up to seven functionally distinct silk types, several of which are used in web construction.  For example, major ampullate (a.k.a. dragline) silk is used to make the frame and radial lines of orb webs, whereas flagelliform silk is used in the web’s capture spiral.  Each silk type has distinct and impressive mechanical properties, such as greater extensibility, or better tensile strength, or stickiness. These functional differences are in part due to each silk type being composed of different members of a large, evolutionarily divergent protein family known as spidroins.  Discovering the DNA sequences encoding proteins that make up each silk type provides exciting opportunities to artificially synthesize these materials using genetic engineering and to understand how evolution at the molecular level translates into ecological adaptation.

Though spider silk has been intensively studied for decades, new surprises keep popping up.  Nearly 10 years ago, a newly described species – Darwin’s bark spider (Caerostris darwini) – captured the imagination of the public.  C. darwini is endemic to rainforests of Madagascar and was shown to construct the largest orb-webs measured to date – up to 2.8 m2 in area suspended on bridgelines up to 25 meters in length above rivers and streams.  My colleagues showed that this species’ dragline can be twice as tough as any other spider silk and ten times tougher than Kevlar, making it the toughest known silk.  So we were extremely curious to investigate the molecular makeup of C. darwini dragline, the results of which we report in our new paper, in order to uncover whether its silk proteins were also unusual in ways that might explain such ultra-tough silk.

Identifying new spidroins typically starts with sequencing gene expression libraries made from silk glands.  However, spidroins are extremely difficult to sequence because they are long and repetitive.  In this paper we used Single Molecular Real Time (Pacific Biosciences) sequencing and Illumina RNA-sequencing of silk cDNAs to identify spidroins expressed in the dragline-producing major ampullate silk glands of C. darwini.  In addition to spidroins resembling those known from other orb-weaver dragline (MaSp1 and MaSp2), we found a novel spidroin (MaSp4) that is distinctly different and highly expressed in these glands. Most exciting about MaSp4 is that it is highly enriched with the amino acid proline, which has previously been linked to silk extensibility.  This is important because the toughness of C. darwini dragline is due to 2-3x greater extensibility relative to other species’ dragline.  Thus, we hypothesize this protein may in part explain the greater extensibility, and hence, toughness of C. darwini dragline relative to other silks.  In addition to distinctive spidroins, we note that the spinning duct of C. darwini’s major ampullate glands appears to be particularly long in comparison to other species.  While the significance of this is unknown, the spinning duct is where the “magic” of transforming the silk protein solution into a fiber begins.

Taken together, our findings suggest that Darwin’s bark spider has evolved traits from the level of genes to physiology that are associated with the origin of giant webs.  We are following this work in other species of bark spiders, examining the molecular composition of their dragline and how it translates into mechanical performance and web construction. We also hope this work will inspire biological engineers to design silk-based biomaterials using C. darwini’s protein recipes. 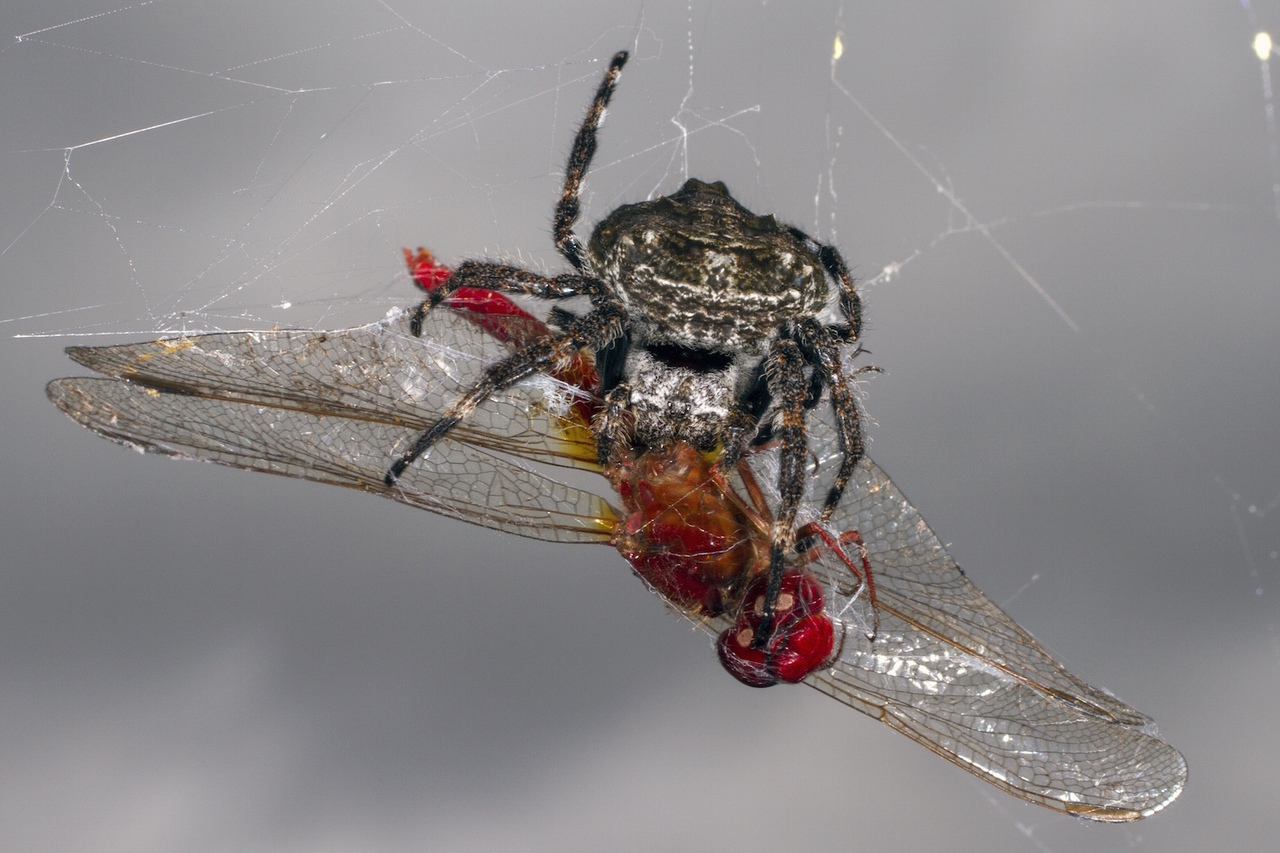 Darwin’s bark spider is famous for its ultra-tough silk and giant orb webs. We discovered their silk glands express unusual proteins that we propose contribute to their silk's extreme toughness. This illustrates the importance of evolution and ecology for uncovering biotechnology opportunities.