Africa has some of the most iconic species of large vertebrates in the world. Lions, zebras, oryx and many other species are well known by the global community. Most of us, for example, have dreamed of seeing these animals on safari in the iconic African savannas since our childhoods. However, this biodiversity is threatened by a myriad of human-induced impacts including climate and land use change. Scientist are, therefore, striving to understand wildlife responses to implement immediate conservation strategies.

(A beautiful cheetah in a remote area in South Africa)

In South Africa, ecological information for most species is limited. Indeed, the most recent red list assessment found that 11% of species could not be assessed due to lack of information, 17% were listed as Threatened with extinction, and 10% were listed as Near-threatened. So, what can we do from a scientific perspective to reduce the rapid rate of biodiversity loss?

At Nelson Mandela University, South Africa, we pair remote-triggered camera traps with citizen science to try to answer these questions. We are currently working on the Snapshot Safari–South Africa, an international initiative formed in 2018 to systematically map the diversity and ecological dynamics of South African mammals to inform conservation planning.

Snapshot Safari-South Africa is probably the largest camera trap project in the world. It is an extension of Snapshot Serengeti 1, which together represent a large network of camera trap grids deployed in several sites across protected areas and non-protected areas in South Africa, Tanzania, and Zimbabwe. The results from this initiative will provide baseline information for future monitoring of threatened species and will also help us to better understand the effect of human activities on wildlife at different scales.

Currently we have surveyed 21 locations across the country, from which 16 are permanent sites for monitoring purposes. This represents a total of 648 permanent camera trap sites and 165 roaming sites. Approximately 20 graduate/postgraduate students and researchers are using this data in an effort to understand the distribution, diversity and ecology of mammals.

Cameras allow us to collect big data and connect with citizens

Camera traps are currently the most popular and reliable tool to detect vertebrate species, particularly mammals and ground dwelling birds 2; even for arboreal animals. They have proven to be very useful to detect cryptic species, as well as people, poachers, vehicles and other elements that can be taken into account for analytical purposes (see other interesting advantages and discoveries in Kays, 2016). They provide more accurate estimates of population density and biodiversity, as well as other metrics.

Historically, we (scientists) struggled to make meaningful assessments due to lack of information and data. Currently, we might be struggling with exactly the opposite: vast amounts of data! Cameras are so effective that they generate not thousands, but millions of photos. Therefore, Snapshot Safari data demands cutting edge technology and lots of brains working together to organize and analyze the information. This includes friendly citizens who make space in their daily lives to check every photo so that we can use that information in more complex analysis.

The photographs captured by our camera networks are classified at the Lion Center in the University of Minnesota, through an online platform with the help of citizen scientists following standardized protocols 1. Thus far, volunteers have processed 10 locations in South Africa, with five sites (Karoo, Kgalagadi, Kruger, Pilanesberg, Gondwana) close to being finalized.  Approximately 130,000 volunteers have contributed with these scientific classifications.

Super computer facilities at Minnesota University help us organize and classify the vast amount of pictures through complex algorithms (machine learning) that produce the data we use for our analysis.

Snapshot is not alone, fortunately.

Other projects in Africa and around the world have implemented camera traps to monitor biodiversity, with some of them also using the online Zooniverse platform. In Latin America, for example, one of the pioneer projects was developed by TEAM network (The Tropical Ecology Assessment and Monitoring), currently known as Wildlife Insights. In the USA, the e-Mammal program has been a model to other initiatives and those projects now transcend from large-scale urban to wild gradients, with projects like snapshot-USA and the Urban Wildlife Information Network. In Australia the Wild count project has been placing cameras to monitor wildlife since 2014. All these projects have a common goal: Study species and their relations with habitat and human influence to inform conservation strategies, and shows the potential of camera traps to monitor global biodiversity.

Cameras have done a fantastic job. In Snapshot Safari–South Africa, apart from some amazing pictures, cameras have confirmed the presence of some species that we never expected: cheetahs, leopards, rhinos and other threatened and elusive species have been reported from our surveys. We must not mention precise locations of these sightings to avoid retaliation or indirectly informing potential poachers (the “back fire effect”).

We are currently studying how herbivores make use of artificial water holes and how water availability influences the distribution of species. We are also studying how elephants affect vegetation structure, how different management actions, such as fencing or type of land use, influence habitat use by carnivores. We are also increasing the limited knowledge of rare species. For example, we are looking at how specialist insectivores such as the aardvark interact with other similar species and how they adapt their behavior to particular characteristics of their habitats, among other questions.

Some locations of Snapshot include iconic scenographic places such as the Kalahari region, Kruger National park or the Renosterveld areas. All these sites are also very important from a conservation perspective. Drylands ecosystems, for example, safeguard some of the most charismatic, ecologically and economically important species including large herbivores and carnivores. At the same time, these landscapes have been one of the most altered in the world, due mainly to livestock production and expansion of pastures. Renosterveld in particular is also one of the world´s most threatened ecosystems.

The information derived from our camera trap network is required to develop concrete assessments and conservation measures, known as evidence based conservation. Different frameworks have been developed for this purpose, but probably one of the most popular is related to “adaptive management” also called  Open Standards for the Practice of Conservation. This framework helps teams (researchers, people, stakeholders etc.) to systematically plan, implement, and monitor conservation initiatives, so they can learn what works, what does not work, and why.

The lessons learned from this monitoring process, the evidence or information gathered by scientists and citizen scientists should be evaluated frequently so the team can adapt their objectives and improve efforts based on tangible results 4. We are hopeful that Snapshot-South Africa, will inform these initiatives and will allow us to monitor African biodiversity.

Snapshot, through our partners in the USA had developed a partnership with the Disney Conservation Fund and the Association of Zoos and Aquariums that will bring Snapshot Safari to zoos throughout the US. People will be able to classify images while observing the species in person.

We are currently planning and addressing envisioned challenges. We had a workshop in May with all collaborators to review our current projects and plan future activities and research. We have created a plan to prioritize research and pursue further funding.

(Snapshot Safari South Africa Team at a Workshop in Pretoria)

Wildlife selfies are important, and you can help

In Snapshot, we are doing great with the citizen scientists, to whom we are most grateful. Without them our work would be impossible, we hope we can have the same support from stakeholders, managers and decision makers in the near future. Camera traps have shown to be a valuable tool to do science while engaging with the community to produce high quality research. Hopefully, through this vast effort the animals we dreamed of as children will keep capturing the imagination and all care of future generations of kids.

If you want to know more and help us, please check the following links, and start becoming a citizen scientist; and please, don´t forget to spread the word!

Zooniverse the online platform to check images: https://www.zooniverse.org/organizations/meredithspalmer/snapshot-safari you can choose different projects such as Kgalagadi, Mountain Zebra, Karoo, etc. 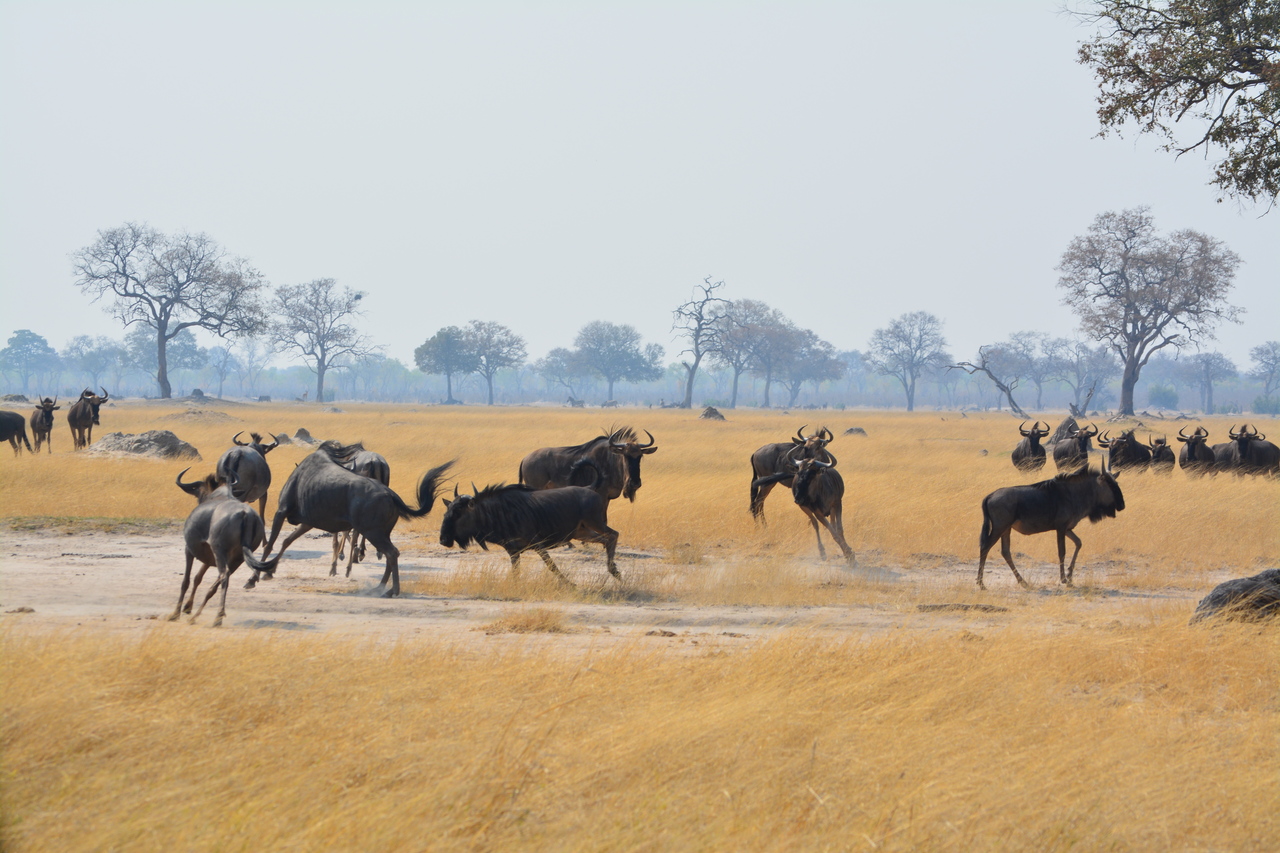