When scientists discuss blue carbon, they often refer to mangroves, seagrass or saltmarsh habitats. Blue carbon frameworks barely include macroalgae, despite their contribution to 2-4% marine primary production.
A. Ortega
Biologist, KAUST
Follow
Liked by A. Ortega

Macroalgae can be transported across the open ocean, and substantial amounts can reach the seafloor at 4,000 m depth, according to analyses of metagenome data from global expeditions. Macroalgae are a potentially important oceanic carbon sink globally.

Before addressing this challenge, my colleagues and I focused on coastal carbon budgets and developed DNA resources to recover macroalgae from coastal sediment samples. If we could find seaweed in coastal blue carbon pools, we might find them in the water column using an environmental DNA approach. We succeeded with a mini-barcode able to identify marine macrophytes from sediments. Our data suggest that macroalgae may represent 4% of the eukaryotic DNA in coastal blue carbon pools.

A previous study from the senior co-authors showed anecdotal observations of seaweed biomass in the deep ocean, hypothesizing carbon export of coastal macroalgae. But how to go from this indirect evidence and systematically assess macroalgae contribution to oceanic carbon stocks? A global-scale sampling to prove this hypothesis seemed cumbersome.

Fortunately, a eureka moment came during the first months of my PhD. The lab participates in developing bioinformatic tools to explore hundreds of metagenomes generated by the global ocean expeditions Tara Oceans and Malaspina. These expeditions focused on microbial and planktonic communities, disregarding other organisms. As the massive data come from particulate organic matter collected along the water column across all oceans, seaweed genes might be present in the discarded data. If this were the case, finding seaweed in the global ocean would evidence a coastal export of organic carbon.

Recycling the ‘waste bin’ of extensive metagenome resources, we systematically search and found seaweed genes (hence carbon) everywhere, from the shoreline to the open ocean and from the surface to depths of 4,000 m. It’s been over 15 years of research ignoring macroalgae in massive ocean sequencing.

Red and brown macroalgae were the most abundant lineages. It makes sense, as these seaweed types contain metabolites bound to their cell wall that protect against degradation. Green macroalgae lack such metabolites and don’t parallel red and brown counterparts in the oceanic voyage.

Our findings are the first step highlighting the important role of macroalgae to carbon assessments, hitherto considered as the elephant in the blue carbon room. 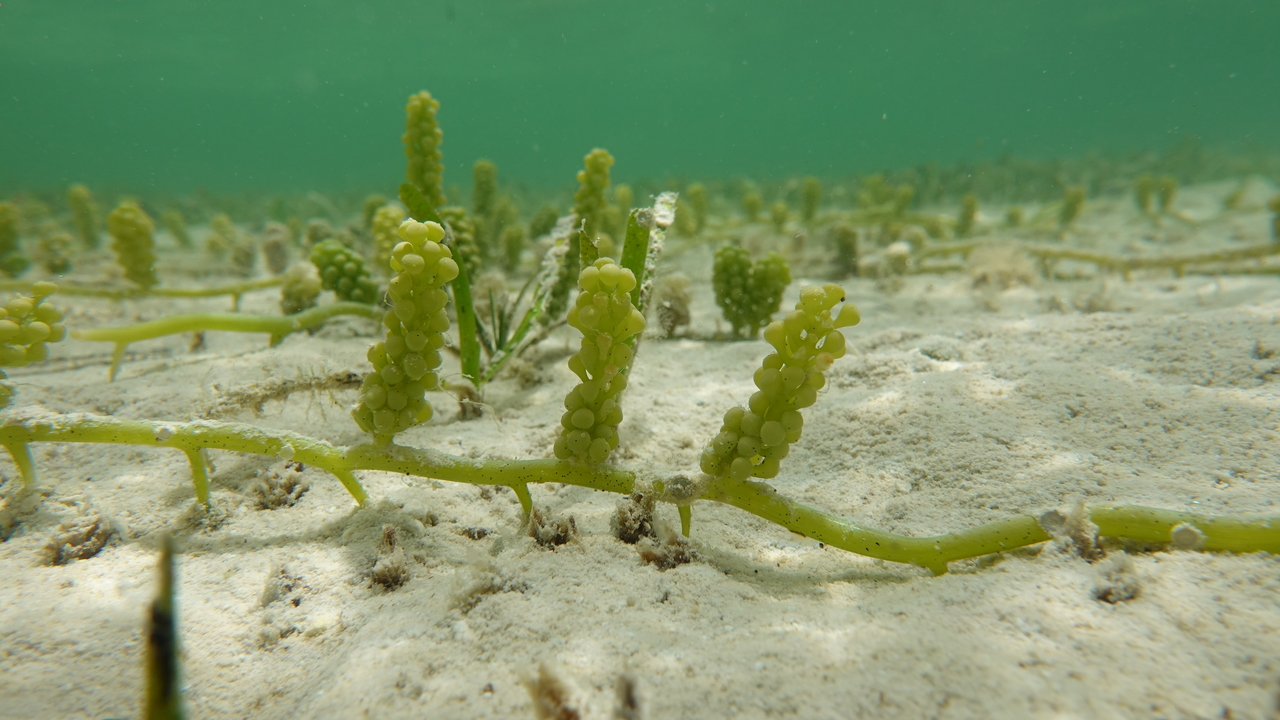