Does rapid evolution in nature alter ecological dynamics while those dynamics are occurring?

We wanted to know if rapid evolution in nature by an ecologically important species alters the temporal dynamics of its community.  Changes in genetically based traits critical to the strengths of ecological interactions, taking place on the order of a few generations, have been repeatedly found in a diversity of natural populations.  Substantial feedbacks of evolving traits to community and ecosystem processes, have been shown using laboratory microcosms and field mesocosms.  But a question that has remained is whether such eco-evolutionary dynamics are important in nature: Do the purely ecological interactions among species in a natural community and ecosystem swamp the effects of evolving genetic diversity?

The project started with four of us, Schaffner, Miner, Ellner and Hairston, choosing the major planktonic grazer in many lakes, Daphnia, as our focal species: it not only interacts strongly with its phytoplankton food resource, but also with other components of the pelagic ecosystem (figure from Miner et al. 2012). As the evolving trait, we studied Daphnia’s potential to respond to selection for tolerance to seasonally abundant planktonic cyanobacteria, known to be poor quality food.

Here is the story of how our collaborative project came about. We said to ourselves: “Let’s study a natural lake where we know that there is both an established Daphnia population, and a seasonally substantial bloom of cyanobacteria.  Oneida Lake fit our need perfectly since the Cornell Biological Field Station has collected plankton data there for 50 years.  The station director, Rudstam, joined our project facilitating our access to the long-term data and supervising the collection of critical plankton data during the period of our study.  With the help of undergraduate student intern, Fairchild, we obtained weekly samples of the Daphnia population for analysis of genetic diversity.  Spaak’s lab did the clone genotyping, and those raw data were analyzed by Schaffner and Miner. Schaffner ran our experiment assessing the sensitivity of clonal genotypes that peak in frequency at different times during phytoplankton community succession.  The result was quite satisfying as we saw different clones, with distinct sensitivities to cyanobacteria, peaking in frequency at times in the season that match the succession of the phytoplankton community.

So, we have rapid evolution – in a single season – of a major consumer species within the lake ecosystem.  But we wanted to know if its evolution affected the lake’s consumer-resource dynamics. Goveart, heard Hairston give a talk that included a first look at these data, and asked if she could try some analyses based on an approach that she had recently developed as an extension of a previous paper by Ellner, Hairston and colleagues.  Govaert’s PhD advisor, De Meester, joined the project providing ideas for how the data could be conceptualized and analyzed with Govaert’s approach, and then Ellner provided an analysis that quantifies how the Daphnia population’s dynamics in the lake are dependent on both the changes in its genetic composition and the total abundance of phytoplankton in the lake: that is an ecological process (Daphnia population growth rate) depends on this consumer’s changing sensitivity to diet (evolution) and on food abundance (ecology). That’s eco-evolutionary dynamics in nature.

These results are stimulating our further studies of the eco-evolutionary dynamics of this system, including (1) an analysis of the relative importance of ecology, evolution, plasticity and evolution of plasticity affecting ecological dynamics, (2) modeling the mechanisms maintaining the Daphnia clonal/genetic variation on which selection acts, and (3) assaying gene expression differences among the Daphnia clones grown under different food quality conditions.

The study is particularly timely given the increasing prevalence of cyanobacteria harmful algal blooms (cyanoHABs) in lakes worldwide.  Do Daphnia populations, where they co-occur with cyanoHABs, alter the seasonal occurrence of cyanobacteria?  Do the patterns of pelagic consumer-resource dynamics commonly observed in lakes already reflect previously undetected but important effects of rapid consumer evolution? 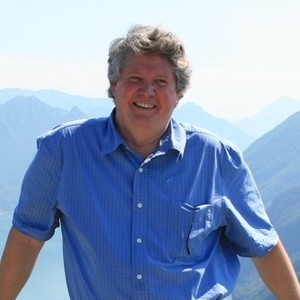