Reexamining the a of Mouse Genetics A to Z

The nonagouti (a) mutation, which changes coat color from wild-type agouti to black is one of the most widespread classical mutations in laboratory mice strains. We found the root cause of the nonagouti. The a mutation probably arose in an East Asian mouse lineage, possibly, the Japanese fancy mice.
Tsuyoshi Koide
Associate Professor, National Institute of Genetics
Follow
Like Liked by Brooke LaFlamme and 1 other
0

Akira Tanave, Yuji Imai, and Tsuyoshi Koide find that nested retrotransposition is the cause of the classical nonagouti mutation. They identify a β4 element that was integrated into an intronic VL30 retrovirus in the agouti gene, leading to abnormal splicing and nonagouti coat color, and show that t…

At the very early stages of mouse genetics, well known mutations were given gene symbols with single letters. For example, nonagouti mutation which exhibits itself as black coat color (nonagouti) is shown as “a”; brown mutation which exhibits itself as brown coat color is “b”, and albino is “c”. As nonagouti is clearly different from other coat colors, this mutation is used for a variety of genetic studies in mice, since the early days. As a result, standard laboratory strain C57BL/6 (B6) as well as many other laboratory strains carry the a mutation. Thus, a is still one of the well-known mutations in mouse genetics. The causal gene of a has been genetically mapped to the agouti gene and the molecular mutation was reported, a quarter of a century ago (Bultman et al. 1994). In the report, insertion of an endogenous retrovirus, VL30, with an unknown sequence has been proposed as the causal mutation for the a allele and the resulting nonagouti phenotype. However, the molecular mechanism by which the VL30 insertion drives the aberrant expression from agouti gene, still needs clarification. Furthermore, the role of the unknown sequence present in VL30 also remains unknown.

In the course of genomic analyses using publicly available genome sequence data, we found that the unknown sequence inserted in VL30 is in fact, from another endogenous retrovirus, known as β4 (Tanave et al. 2019). We found that β4, but not VL30, interrupts the agouti gene expression via abnormal splicing (Fig. 1). To demonstrate the normal agouti gene expression even in the presence of VL30 sequence, we used CRISPR/Cas9 to delete the β4 element completely. The β4-deleted mice showed restored agouti gene expression and agouti coat color (Fig. 1). Upon partial deletion of the β4, with a single LTR remaining, the mutant allele mimicked the black-and-tan (at) allele and coat color, indicating that a single LTR of the β4 is enough to cause black coat color in dorsal skin, but not in ventral skin.

Furthermore, genomic analysis revealed that East Asian wild strains, which have wild-type agouti coat color, also carry VL30 insertion in the agouti gene. These data further support our finding that VL30 has no role for developing nonagouti coat color. VL30 insertion has not been found in wild strains derived from other areas than the East Asia, suggesting that the VL30 insertion occurred in the mice from one of East Asian countries. Phylogenetic analyses indicate that the additional insertion of the β4 retrovirus into the VL30 originated from an East Asian mouse lineage, that is most likely related to Japanese fancy mice, JF1 (Fig. 2).

Japanese fancy mice have piebald coat color, with white spotting on the black coat color, and were kept during the Edo period in Japan as described in the old breeding instruction book “Chingan-sodategusa” (Jo-en-si 1787). Some of the Japanese fancy mice were maintained with another mutation, waltzer, which causes a characteristic rapid circling behavior. The Japanese fancy mice were then transported to European countries and North America and later these mice were used for many studies in genetics, immunology, cancer research, and behavior. During these studies, the mice were crossed to the fancy stock in Europe and North America. Although these Japanese fancy mice were not kept in the research community after these studies, the mice resurrected in the community from an unexpected place. Dr. Kazuo Moriwaki – a professor at National Institute of Genetics (NIG) in Japan –  received a message that Japanese fancy mice were found at a flea market in Denmark, from his collaborator, Dr. Tonnes J. Nielsen. The mice were imported to NIG and established as an inbred strain JF1 (Koide et al. 1998). In the genetic analysis, we found that JF1 has a genetic profile which is hardly distinguishable from Japanese wild mice (Koide et al. 1998). Also, we found that the piebald mutation allele (s) at endothelin receptor type B (Ednrb) gene, which is kept in some mutant stock in the research community, was identical to the Ednrb gene of JF1, suggesting introgression of the s allele from Japanese fancy mice into laboratory strains.

In the analyses of the a allele, which is broadly found in the current laboratory strains, we found that the nested retrotransposition of the β4 sequence into VL30 at the agouti gene is also identical to JF1. Interestingly, we found that the s allele at Ednrb gene of JF1 is also caused by β4 retrotrasnsposition. The a allele in the laboratory strains is another introgression of mutant gene from the JF1 strain. Our studies show an important contribution of Japanese fancy mice to the mouse resource used for a variety of current genetic studies. 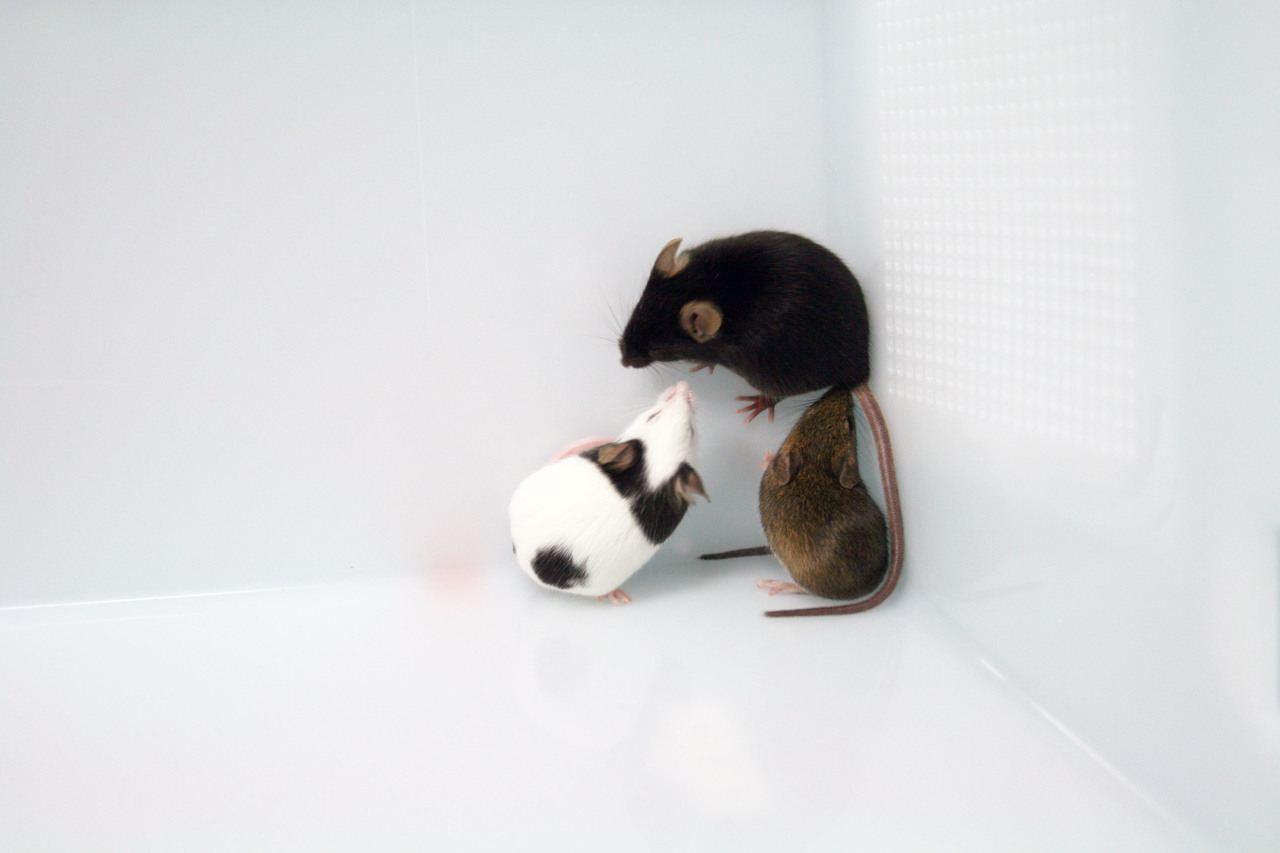 Reexamining the a of Mouse Genetics A to Z

The nonagouti (a) mutation, which changes coat color from wild-type agouti to black is one of the most widespread classical mutations in laboratory mice strains. We found the root cause of the nonagouti. The a mutation probably arose in an East Asian mouse lineage, possibly, the Japanese fancy mice.