Alexander von Humboldt holistic description of nature was a great source of guidance and inspiration for the young Charles Darwin sailing on the Beagle.
Tanita Wein
PhD student , Kiel University
Follow
Like Liked by Gao Jianguo and 2 others
0

Alexander von Humboldt was a scientist of many fields including biology, geography and philosophy (1769-1859). He investigated and measured his environment thoroughly and described many novel observations, places and species ranging from ocean currents, the magnetic equator and mountains, to plants and animals (Fig. 1). Some famous examples include the cold Humboldt current, mountain Pico Humboldt, Humboldt penguin, giant Humboldt squid and Humboldt’s lily. Humboldt’s reflection of nature led to his revolutionary vision of earth that described nature as holistic, a concept that he called Naturgemälde (i.e., ‘the unity of nature’). This view still represents the understanding of ecosystems today where everything is interconnected (e.g., nutrient cycling). Thus, Humboldt laid the foundation for our modern understanding of nature and natural ecosystems. His name might not be in everybody’s mouth but he is still omnipresent in his discoveries.

A fact less known about Humboldt is that he influenced the 40-years younger Charles Darwin and with that, modern thinking of evolutionary biology. Humboldt’s character was a great role model for the young Darwin before and during his scientific travels on the Beagle. It is known that Humboldt’s books were a constant source of guidance and inspiration for the traveling Darwin including Darwin’s narrative that was greatly influenced by Humboldt’s poetic writing style. Both scientists explored the flora and fauna of South America and both were astonished by the richness in species diversity. Furthermore, Humboldt’s observations on the distribution of plants and animals across different ecosystems, as well as his confidence that humans around the world belong to the same human species, had an important impact on Darwin’s own view on natural selection and human evolution. Thus, it is not surprising that Darwin once called Humboldt the greatest scientific traveler who ever lived. Lastly, Darwin cited Humboldt’s books several hundred times in his work.

Humboldt showed Darwin that nature should not be studied under the narrow perspective of a geologist or biologist only, but rather seen as a whole considering its inside and outside. Both Humboldt and Darwin had the rare ability to focus on the tiniest details in nature. Humboldt once said: “Our imagination is struck by what is great: but the lover of natural philosophy should reflect equally on little things” (Fig. 2). Both researcher shared the adoration for the ‘unseen’ organisms such as beetles, snails, mushrooms, lichens and many other species. In addition to their appreciation of details, Humboldt and Darwin had the ability to evaluate the bigger picture of the world and grasp global interactions and patterns. Their novel perspective on nature enabled both scientists to understand nature in a new complex way; Humboldt concentrated on the detailed description of natural systems and their connections (i.e., ecology) while Darwin formulated the origin of species and modern evolutionary theory.

Humboldt and Darwin were exceptionally courageous scientists, not only for their willingness to sail around the world and explore uncharted (and dangerous) new territories, but also for their believe in scientific truth regardless of societal consequences. Humboldt once said: “What matters most is an unbiased view on nature not the general doctrinal opinion”. An issue both scientist took very seriously; their concepts in ecology and evolution changed common dogmas and revolutionized scientific thinking, especially in the field of biology. Nowadays we may have less land to explore, nonetheless, technological advances and modern research opened up a whole new universe of molecular research. Thus, modern scientist should regard the Humboldtian perspective on nature and always – to use Humboldt words – aim to connect ‘the little things’ with the bigger picture.

The small plasmid that could 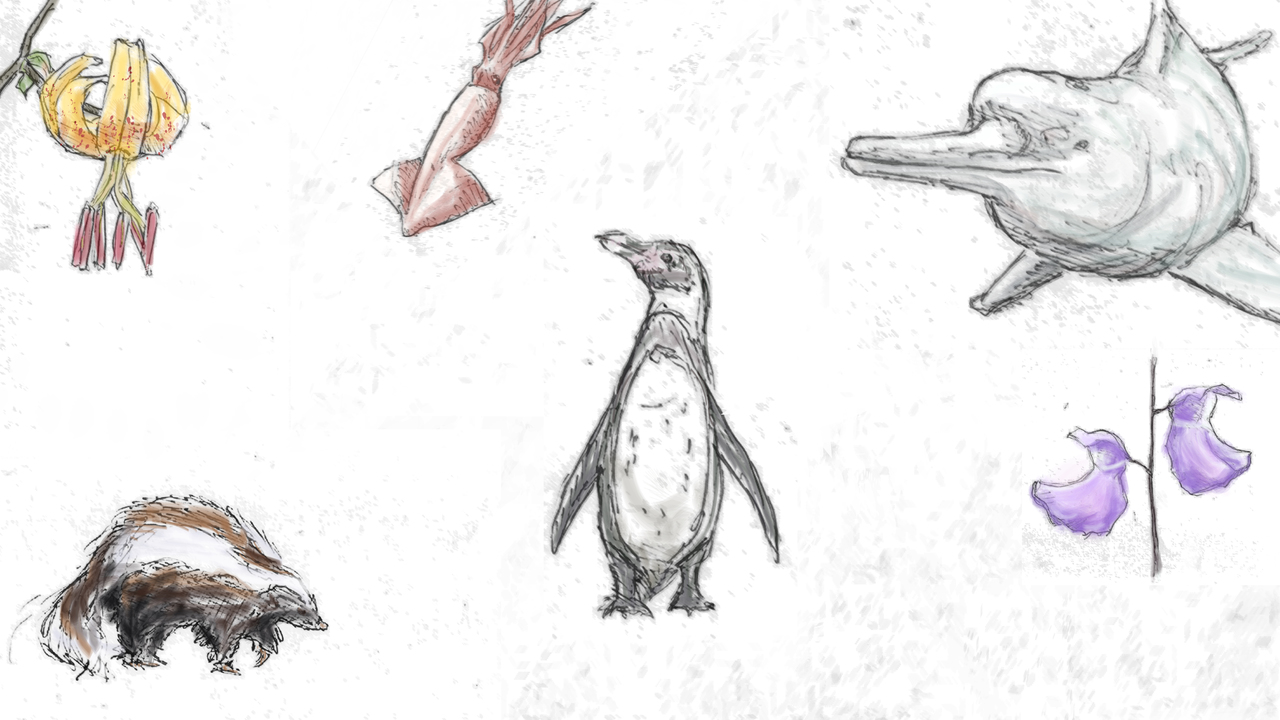 Alexander von Humboldt holistic description of nature was a great source of guidance and inspiration for the young Charles Darwin sailing on the Beagle.