I was born almost exactly 100 years after Alexander von Humboldt’s death and have spent the last half of my life working in the vast forested areas of Central Africa, including the lowlands of Congo, Gabon, Cameroon and the Democratic Republic of Congo, mainly on the relationships between large mammals and their environment- including the increasing human pressures on these animals and on their habitats. I also spent several years in the Afromontane mountains of Cameroon, which rise at their highest to just over 4000m. These highlands are part of the Cameroon Volcanic Line, which is arranged along a 1600-kilometre straight line composed of islands in the Atlantic Ocean and mountains on the mainland. Their formation is postulated to be due to a combination of the movement of the African tectonic plate and an underlying mantle plume. They are typified by the high endemicity of their fauna and flora. Across the continent to the east, the Albertine Rift is a similar long line of highlands of very high biodiversity and endemic importance, sharing some, but not all taxa with the Cameroon Highlands (pointing to an ancient continuity of these habitats in a cooler past).

Humboldt’s interests encompassed biology, geography, geology, and the effects of humans on the environment – indeed, he realised the interconnectedness of multiple disciplines in his work Kosmos (in English: "Cosmos: A Sketch of a Physical Description of the Universe") He was the first to recognise that the continents had not always been in their current position, and was, importantly, the first to recognise that climate affected vegetation types – clearly written up in his 1807 Essay on the Geography of Plants which included an altitudinal classification of the Ecuadorian volcano Chimborazo’s vegetation. He also recognised – first from observations in Venezuela, and then repeatedly  across Latin America and Russia –that human activity has caused climate change and wrote “Everything is interaction and reciprocal”.

Humboldt University, Berlin - and the man himself. Photo©Fiona Maisels

In the following two centuries after Humboldt’s Essay, the lower Chimborazo glacier limit has shifted uphill by 454m and the upper vegetation limit by 1215m. In Africa, in the Albertine Rift, this is also predicted to happen, with a resulting shrinkage in the highest altitude vegetation types, as everything “moves uphill”. This will also be the case in the mountains along the Cameroon Volcanic Line, which means many of the endemics that depend on the highest vegetation types will simply be forced out of existence, as there will be nowhere higher available on many mountains where currently the summits are vegetated and not above the limits for plant growth.

Thus, we can see that changes currently occurring in Africa mirror those predicted by Humboldt. The multidisciplinary approach to ecology pioneered by his insights into the interconnectedness of all things over two centuries ago is absolutely vital to our understanding of which path we choose to travel on in the next 250 years after his birth. We need to choose the right one. 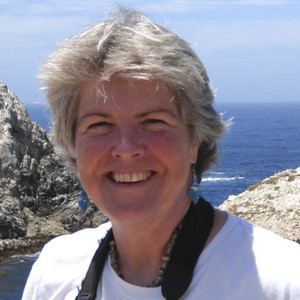 Christina Riehl
Humbled by Humboldt?
About the Community, Humboldt Anniversary

Brian McLaren
Greetings from now to then
Contributor
Humboldt Anniversary