Save the northern Andes–Amazon biodiversity bridge

Several studies indicate the tight dynamics between Andean highlands and Amazonian lowlands in influencing origin of Neotropical biodiversity. We show how a mega-corridor connecting these regions is being eroded, endangering gene flow due to the changing land dynamics of post-conflict Colombia
Nicola Clerici
Professor, Universidad del Rosario
Follow
Like Liked by Gao Jianguo and 2 others
0

In his book Voyage aux regions équinoxiales du Nouveau Continent written in the first years of the XIX century, Alexander von Humboldt describes the exuberant diversity of life and landscapes of northern South America observed during his five years of travel in the region. Indeed, the Neotropics host the most biodiverse countries in the world, ranking first among several taxonomic groups for species number. Despite this amazing natural capital, this megadiverse region is experiencing fast habitat loss and degradation due to poor environmental policies, precarious governance and massive expansion of agricultural frontiers.

The idea of this article arose after reading Colombian deforestation statistics and the scientific interaction of the first and last authors. Land grabbing for cattle ranching, illicit crops and mining are carried out through aggressive deforestation, which largely convert and degrade primary forests. After the peace agreement signed in 2016 by the Colombian government with the FARC guerrilla, a power vacuum was left in several regions of the country that in the absence of effective governmental control was occupied de facto by illegal groups. This is a major driving force contributing to boost deforestation rates in the post-agreement years.

Official Colombian statistics report the extension of deforested land and highlight hotspots of change. Nevertheless, we still miss information on the regional biodiversity, landscape connectivity and species’ dispersion patterns among biogeographical regions. To tackle such an interdisciplinary problem, we assembled a diverse group of scientists composed of evolutionary biologists, botanists and landscape ecologists. We discussed the historical evolutionary importance of the connection between the Andes and the Amazon for Neotropical biodiversity and showed that the existence of a forested continuum of ecosystems between these two regions has allowed historical dispersion and diversification of multiple taxonomic groups. In fact, our own observations in the emblematic Heliconius butterflies suggests that this Andes-Amazon forested connectivity is currently permitting gene flow (e.g. hybridization) between lowland and highland subspecies.

The most extensive Colombian region that acts as a natural corridor between the Andes and Amazon is represented by three contiguous National Natural Parks (NNP): Cordillera de los Picachos, Tinigua, and the Sierra de la Macarena. This group of protected areas represents a large ecological continuum beginning in the Eastern Andean Cordillera with páramo and tropical montane forest ecosystems, continuing southeast through an ecological gradient that reaches lowland humid forest, and finally connects to the NNP Serranía del Chiribiquete, the heart of the Colombian Amazon.

Using a satellite-based Global Forest Change dataset (Hansen et al., 2013) we derived statistics of deforestation for this corridor, finding 634 km2 of forest loss in the years 2000–2015 inside the three NNPs, and more than a thousand in a 10-km buffer zone around them. The results showed the increasing degradation of the structural connectivity of the corridor, severely eroded by large deforested patches mainly associated to cattle ranching and coca crops. If such a trend is not halted there will be a rapid disconnection between the Andes and Amazon. The preservation of regional connectivity is crucial to maintain gene flow, species’ dispersal and support meta-populations resilience. We conclude that in the rapidly changing land dynamics of post-conflict Colombia, plans to conserve mega-corridors of biodiversity such as the Picachos–Tinigua–Sierra De La Macarena, are key for a sustainable management of the unique natural capital of Colombia.

Alexander von Humboldt was already advising us about the changes he observed of the forest cover in his long south American trip: “…by cutting down the trees that cover the top and sides of the mountains, men, in all climates, prepare for future generations two calamities, a lack of fuel and a shortage of water." (Voyage aux régions équinoxiales du Nouveau Continent, vol. 5, p172-173).

You can find our manuscript here, and explore an animated figure here. 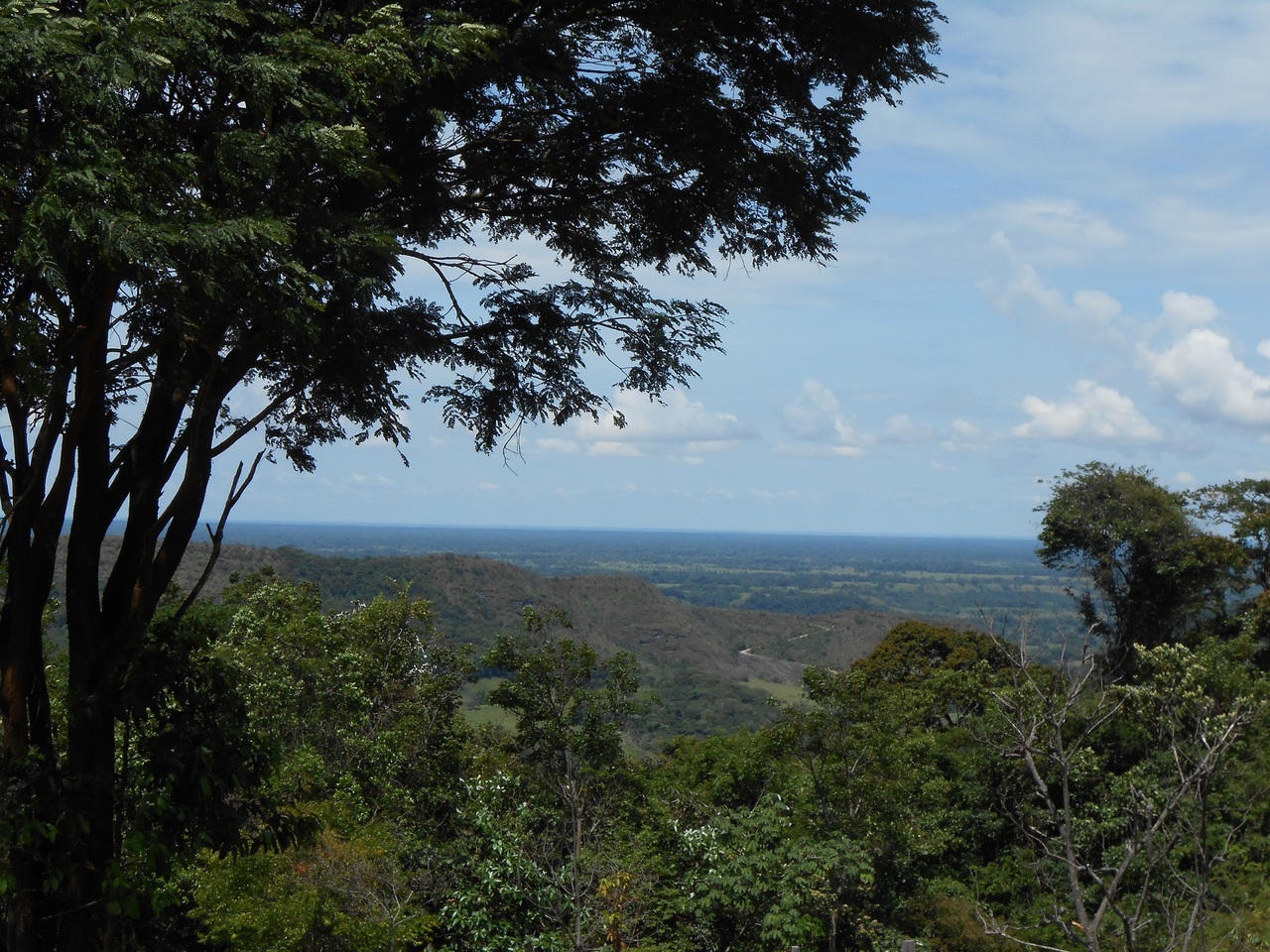 Save the northern Andes–Amazon biodiversity bridge

Several studies indicate the tight dynamics between Andean highlands and Amazonian lowlands in influencing origin of Neotropical biodiversity. We show how a mega-corridor connecting these regions is being eroded, endangering gene flow due to the changing land dynamics of post-conflict Colombia