What traits drive codling moth to spread globally? A chromosome-level genome assembly provides insights into the chemical ecology and insecticide resistance of codling moth, saying that the enhanced ability to find food and mates, as well as quick adaptation to acute biotic stress are responsible.

The codling moth,Cydia pomonella (Lepidoptera, Tortricidae; Figure 1), is a notorious insect pest of apple, pear, and walnut trees capable of causing severe agricultural damage and economic losses. With origins in Mediterranean Europe, codling moth has spread around the world over the last century to reach 70 countries and is currently on the quarantine list of more than 20 countries that are under high risk of its invasion. In addition to concerns about invasion, established codling moth populations are proving increasingly difficult to control due to the evolution of resistance to several forms of insecticide, both chemical and viral. Motivated by these daunting problems, our recent paper in Nature Communications reports a highly-contiguous genome assembly for codling moth along with results from several molecular genetic experiments that reveal novel aspects of olfaction biology and insecticide resistance in this species.

The completion of this work reflects the collaborative efforts of more than 40 scientists from 7 countries (China, USA, France, Italy, UK, Czech Republic and Germany), joining together to form the International Consortium on Codling Moth Genome Sequencing. The project’s origins, funding, and leadership were based in China. The idea to sequence the codling moth genome was first proposed in 2014 by Prof. Fanghao Wan, a senior researcher at the Chinese Academy of Agricultural Sciences who is an expert on the topic invasive species and who recognized both the critical agricultural challenges posed by codling moth and also the potential for genome biology to advance possible solutions. Partnering with Prof Fei Li, an insect genomics researcher from Zhejiang University, the duo initiated a sequencing consortium (Figure 2) and actively recruited the participation of other labs from around the globe who could contribute further expertise in genetics, olfactory reception, insecticide resistance and other relevant topics.

As the project and collaborations developed, a couple of primary lines of investigation emerged, focusing on 1) olfactory reception and codling moth’s ability to find food and mates and 2) genomic features underlying adaptation to acute biotic stress such as insecticides, both of which are major concerns in light of the codling moth’s ongoing global spread and invasiveness. Complementing these biological investigations was the technical challenge of embracing emerging genomic technologies such long-read sequencing, optical mapping, and Hi-C to generate a highly contiguous assembly.

The Codling Moth Genome Consortium is delighted to present the fruits of our labors in this recent manuscript. We achieved the first genome assembly with chromosome-level scaffolds without linkage mapping for lepidopteran insects sequenced from whole organisms. This is particularly notable because codling moth has a large and repetitive genome relative to other Lepidoptera. Concerning olfactory reception, this assembly and its annotation revealed an unexpected duplication of an olfactory receptor gene (OR3) whose products, as we functionally confirmed, enhance the ability of codling moth to exploit kairomones and pheromones in locating both host plants and mates. It is an unusual finding that a single receptor (and its duplicate) is able to detect compounds involved in mate and oviposition site detection, since most moth pheromone receptors are specifically tuned to pheromone only. We also conducted genome-wide association studies to identify hundreds of single nucleotide polymorphisms (SNPs) potentially associated with insecticide resistance, and functionally confirmed CYP6B2 (includes three SNPs in its promoter) contributes to the resistance of insecticides of codling moth.

In summary, the high-quality assembly we generated revealed new features in olfactory and detoxification processes in Lepidoptera, suggesting the codling moth has distinct capabilities and adaptive potential that may explain its worldwide expansion and provide new insights into insect pest globalization and destructiveness. This work will facilitate future genetic studies on the adaptation of codling moth to global agriculture changes and support the development of sustainable strategies for pest control. This research effort and the international consortium that pursued it also serves as an excellent example of a diverse and global approach to scientific research.

Codling moth is one of the first batch of species sequenced under the ‘IAS1000 Project’- A genome project of 1000 invasive alien species proposed in China with international cooperation of IAS Alliance (more than 40 institutions have been involved). The ‘IAS1000 Project’ aims to employ genomic methods to address the genetic basis of alien species’ invasiveness and their interactions with the ecosystem during the process of invasion, with the ultimate goal of discovering new opportunities for pest control. 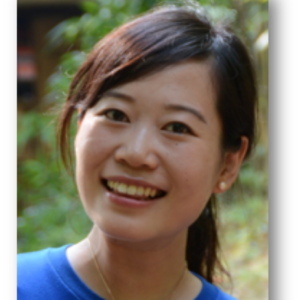