Alexander von Humboldt proposed six different routes for a canal that could cut through Central America. One hundred years later, a canal was finally completed -- though not in the location that Humboldt recommended.
Christina Riehl
Assistant Professor, Princeton University
Follow
Like Liked by Ben Johnson and 3 others
1

Alexander von Humboldt’s travels brought him to many places in Latin America – Cuba, Mexico, Peru, Colombia – but never to Panama, where I work. Of course, Panama wasn’t an independent republic at the time of Humboldt’s explorations. His voyages to South America took place between 1799 and 1804, when the Isthmus of Panama was still part of the Spanish empire of New Granada. Humboldt explored many areas of New Granada, and he sailed along the isthmus on both the Atlantic and Pacific sides, but the closest place that he made landfall he made was Cartagena.

Nevertheless, Humboldt had a lot of ideas about where to build a canal that would connect the Atlantic and Pacific Oceans. In retrospect, this isn’t too surprising: Humboldt had a lot of ideas about everything, and the problem of how to create a navigable shortcut through Central America was on his mind during his explorations. In his Political Essay on the Kingdom of New Spain, published in 1811, Humboldt wrote at length on “the Canals projected between the South Sea and the Atlantic Ocean.” He considered several locations for a possible canal across Central America, including routes crossing Nicaragua, Panama, the Atrato River in Colombia, and the isthmus of Tehuantepec in Mexico. After briefly describing the (many) problems associated with each option, he decided that a canal crossing Nicaragua, one that could be fed by the massive Lake Nicaragua, was the most likely candidate. He thought that Panama was the worst possible location: although the shortest distance as the crow flies, connecting the oceans would entail chopping through a pretty formidable series of mountains. As David McCullough writes in his definitive history of the Panama Canal, The Path Between the Seas, Humboldt hadn’t seen those mountains in person, but he had studied enough maps and first-hand accounts to realize that it would be difficult. Although Humboldt conceded that Nicaragua had its drawbacks (there was “no spot on the globe so full of volcanoes”), he thought that Panama was unquestionably worse.

An 1881 panoramic view of the proposed Panama Canal

As it turned out, of course, the canal was built in Panama after all. It took a long time – finally opening  more than a century after Humboldt’s essay was published – and defeated the efforts of the Spanish and the French before the U.S. got involved. (It was Teddy Roosevelt, one of the few historical figures whose energy rivaled Humboldt’s, who convinced the U.S. Congress to take the project over from the French.) At that point, the Isthmus of Panama was part of Colombia, which had achieved independence from Spain in the early 19th century. United States involvement in the Canal led to Panama’s establishment as a sovereign nation. Backed by a French financier and the U.S. Navy, Panama declared independence from Colombia in 1903. According to McCullough, there were two casualties of the action, both occurring when a Colombian gunboat opened fire into Panama City (one was a shopkeeper who had been asleep in his bed, and the other was a donkey). Panama and the United States remain connected to this day, their relationship a complicated legacy of past colonization and current economics.

The construction of the Panama Canal fundamentally changed the landscape of central Panama, and it created the site where I and so many other tropical biologists work. Unlike Nicaragua, Panama had no vast inland lake to tap as a source of water for the canal, so the Chagres River was dammed to create one. The resulting body of water, Gatun Lake, flooded 164 square miles of mountainous tropical forest (not to mention several hurriedly evacuated villages) and turned the center of the isthmus into a giant puddle. What we think of as the canal – the narrow channel bordered on either side by mountains – was dug on either side of the puddle, connecting Gatun Lake with the Pacific on the south and the Atlantic on the north. In the middle of the puddle is Barro Colorado Island, which had been a hilltop before the rising waters of Gatun Lake cut it off from the surrounding land. Barro Colorado was designated as a nature reserve by the U.S. government shortly after its creation and it eventually came under the management of the Smithsonian Tropical Research Institute. Along with La Selva Biological Station in Costa Rica, Barro Colorado is now one of the most thoroughly studied bits of tropical forest on the planet.

One of the reasons that Humboldt opposed building a canal in Panama was that he greatly overestimated the height of the mountains that would surround it. The maps that he studied for his proposals weren’t all that accurate, and he thought that the mountains were about three times higher than they actually were. But he wasn’t far off about the difficulty of digging the canal: the mountains turned out to be by far the biggest obstacle. They defeated the French, who ran out of money after spending nearly 300 million dollars and the lives of 20,000 men excavating 78 million cubic yards of rock, and they nearly defeated the Americans too. One of the worst areas was the Culebra Cut, an excavation through a geologically unstable mountain ridge, which experienced repeated landslides during the canal’s construction. Although the Culebra Cut looks innocuous enough now, a major landslide in 1914 caused the first closure of the canal in the same year that it opened. Nowadays, the canal requires constant dredging to remove the rock and soil that threaten to fill it. Over twice as much material has been dredged out of the canal since 1915 than was removed to created it.

Humboldt’s alternative canal routes have been under discussion ever since he proposed them, especially the “Nicaragua route” that he favored and which came to be most closely associated with him. Cornelius Vanderbilt and Ulysses S. Grant thought that it would be the best route too, and France and Great Britain both considered building a Nicaragua Canal in the years before the construction of the Panama Canal. As Humboldt pointed out, a canal through Nicaragua wouldn’t require locks, as the Panama Canal did. An additional modern-day advantage is that it could be wider than the Panama Canal, allowing the increasingly large shipping vessels that have outgrown the existing canal. (Today’s ships are constrained by the size of the Panama Canal – specifically by the Culebra Cut, which is so narrow that one-way traffic is required to accommodate the largest vessels.) Interest in a Nicaragua Canal has flared up intermittently over the years, but the logistics and funding have never quite come together. A serious recent attempt came in 2013 when Nicaragua reached an agreement with a private Chinese company to finance and manage a new attempt. The proposed canal would have tapped Lake Nicaragua, as Humboldt suggested, and would have drastically altered its hydrology and ecology. It would have also cut through several indigenous communities and protected nature reserves, which raised vehement protests from biologists and environmental activists. Like so many projects before it, though, the Nicaragua Canal idea appears to be defunct. It fell victim to the 2015 crash of the Chinese stock market and the resulting personal losses of the billionaire who had intended to front it. Given how seriously the proposed canal would have damaged the landscape and ecology of Nicaragua, I think that Humboldt might have been happy to see his idea fail - yet again.

Ruth Milne
over 3 years ago

This is fascinating, thanks for posting! 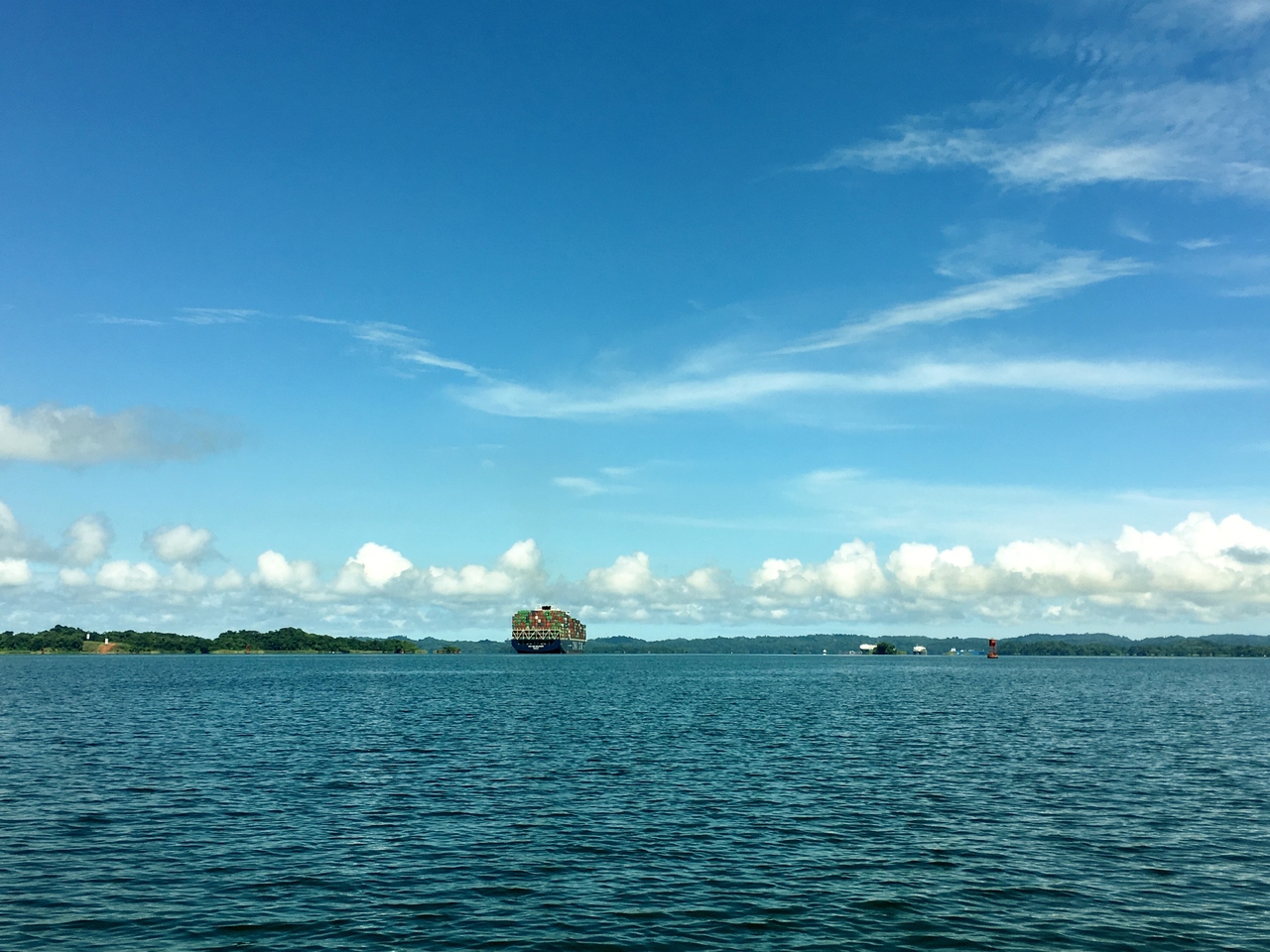 Alexander von Humboldt proposed six different routes for a canal that could cut through Central America. One hundred years later, a canal was finally completed -- though not in the location that Humboldt recommended.