New species can evolve rapidly after adapting to new niches, a process called ecological speciation. But mutations are rare, so how is such rapid ecological speciation possible? Recently evolved lake and stream ecotypes of stickleback from Lake Constance, Central Europe, reveal an unexpected answer.
David Marques
Dr., University of Bern & Eawag, Switzerland
Follow
Like Liked by Gao Jianguo and 1 other
0

Ecological speciation can proceed rapidly, but the origin of genetic variation facilitating it has remained elusive. Here, the authors show that secondary contact and introgression between deeply diverged lineages of stickleback fish facilitated rapid ecological speciation into lake and stream ecoty…

Most recreational fishermen do not take notice of the little threespine stickleback fish – it is too small and spiny to make a good meal. In Lake Constance however, a large lake ten times the size of Manhattan located in the middle of mainland Europe, the professional fishermen involuntarily became acquainted with it a few years ago. That’s because the stickleback population has exploded in the lake, resulting in half of the fish biomass belonging to this species1 and them often clogging the fishermen’s gill nets. The acquaintance is a rather new one because stickleback have been historically absent from the Lake Constance catchment, but were introduced in the 19th century by humans, at times when the colorful stickleback males, not yet competing with colorful tropical fish for aquarist’s likings, were popular pet fish.

Stickleback have not only reached high numbers in the lake, but they also grow up to 11 cm in length and are heavily armored with thick lateral bony plates on their flanks and long spines on the back and belly. More than a decade ago, Ole Seehausen started investigating these stickleback with Biology students from the University of Bern in annual practical courses. They immediately noticed a stark contrast between the appearances of stickleback from the lake and stickleback found in streams surrounding the lake. In streams, fish stop growing at a smaller size, have reduced their body armor and have specialized on eating benthic invertebrates rather than plankton2-4. Small stream and large lake ecotypes meet only in lower reaches of streams, where lake fish migrate to in spring to spawn. And surprisingly, despite breeding next to each other, the two maintain phenotypic differences, making them an early case of ecological speciation5.

My analysis of genome-wide sequences showed that lake and stream ecotypes were not very strongly differentiated throughout most of the genome, except for some small segments on several chromosomes5, suggesting a rather recent origin within Lake Constance. But how did the ecotypes arise in such a short time? A common garden experiment run by Kay Lucek showed that phenotypic plasticity contributed to some but not other traits with heritable differences responsible for their majority6. The short time scale makes de novo mutations an unlikely contributor, which led us to hypothesize that either the initial colonizers were very diverse and brought the necessary standing genetic variation to the lake, or alternatively, variation was generated through admixture between divergent stickleback populations.

Lake and stream ecotypes from the South of Lake Constance differ in small segments in the genome (orange). In these regions, the stream ecotype shows signs of introgression from West European stickleback (Gasterosteus gymnurus), even though both ecotypes are predominantly of East European origin in the remainder of their genomes (Gasterosteus aculeatus). Figures: David Marques.

In our study now published in Nature Communications7, we combine phenotypic, mitochondrial and genomic data from many Lake Constance and surrounding European populations, collected over many years of student courses and field work of the Seehausen lab and by other researchers across Europe. With a demographic modelling approach developed by Laurent Excoffier and applied to Lake Constance stickleback data with the help of Vitor Sousa, we were able to formally compare the fit of different origin scenarios of Lake Constance stickleback to genomic data.

Our analyses uncovered something yet unheard of in stickleback biology: that two freshwater lineages which have colonized different river catchments and evolved independently for thousands of generations, to the extent that taxonomists described them as different species8 in East and West Europe, suddenly meet in the middle of a continent in secondary contact and form a hybrid zone at the boundary between lake and stream habitats. Importantly however, not all streams are occupied by the same West European lineage: stream stickleback South of Lake Constance, that students of Ole Seehausen have been studying for a decade, are predominantly of the same East European origin as lake stickleback. In those streams, it is introgression of alleles from the West European lineage that caused differentiation in small segments of the genome and thereby facilitated the rapid evolution of a new stream-adapted ecotype within what is otherwise the East European lineage. The full story can be read here7.

The origin story of Lake Constance stickleback ecotypes resembles the recent evolution of a new Darwin’s finch species through hybridization9 and demonstrates, together with many other studies of rapid speciation and adaptive radiations10, the potential of admixture derived genetic variation to generate new biodiversity with strong ecological impact. 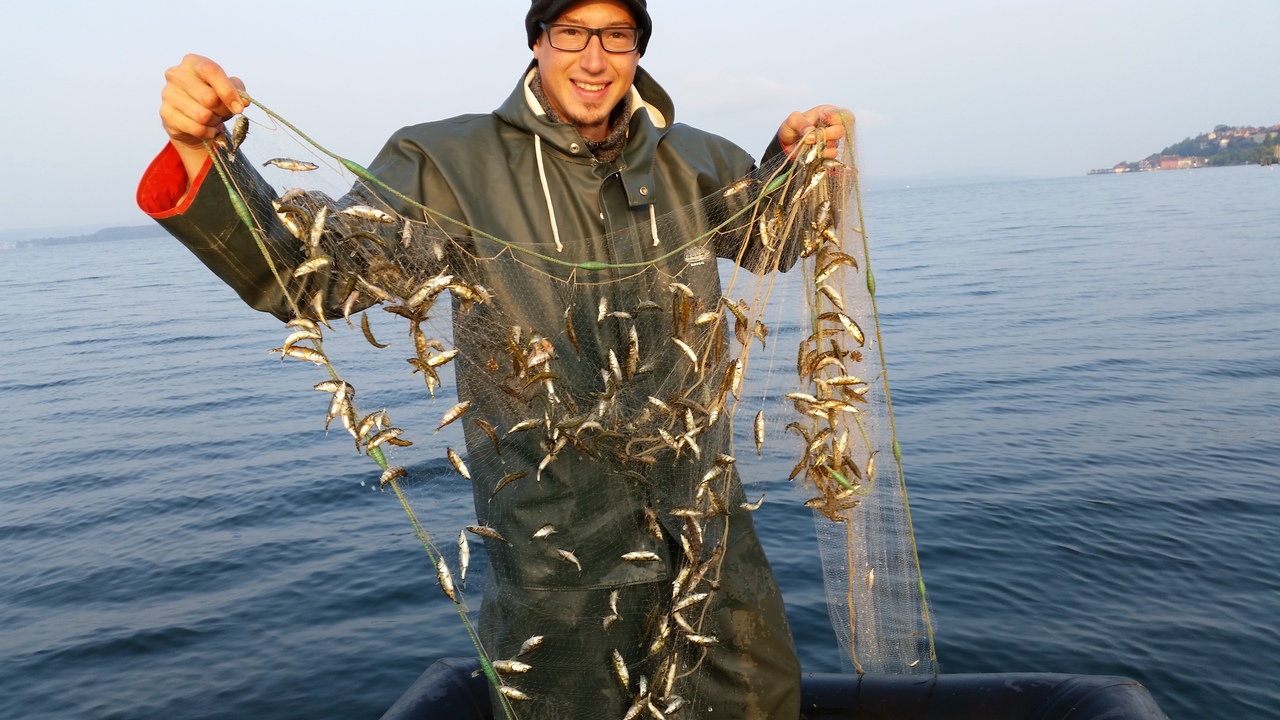 New species can evolve rapidly after adapting to new niches, a process called ecological speciation. But mutations are rare, so how is such rapid ecological speciation possible? Recently evolved lake and stream ecotypes of stickleback from Lake Constance, Central Europe, reveal an unexpected answer.