Blind but not mute: cavefish telling an evolution story!

“The sound must seem an echo to the sense.” Alexander Pope
Carole HYACINTHE
Research fellow, Harvard Medical School
Follow
Like Liked by Fernanda G. Duque and 1 other
0

The fish Astyanax mexicanus has divergent cave and river-dwelling eco-morphotypes. Here, Hyacinthe et al. show that cave and river fish communicate sonically, but that the sounds produced and the responses elicited in the two morphs depend differently on the social and behavioral context.

The story started at the coffee break of the VIè Rencontres de l’Ichtyologie en France (RIF meeting) in March 2015. After her talk on Astyanax cavefish behaviour evolution, Sylvie Rétaux met Joel Attia and his PhD student, Laura Chabrolles, both specialists in cichlid behaviour and acoustic communication. Following enthusiastic discussions on all the possibilities offered by each lab emerged the idea of combining the study of cavefish evolution to acoustic communication. The next month or so, Laura and Joel drove a car full of equipment from their lab in St Etienne to Sylvie’s lab in Gif, to record some Astyanax fish. Despite really preliminary and low-tech conditions, Laura’s headphones gave a clear-cut conclusion: the species produced sounds! Sylvie and Joel immediately wrote a collaborative grant proposal, which they obtained. And here I am, entering the game.

My first encounter with Astyanax mexicanus actually took place in 2009, already in Sylvie’s lab, for my Master1 internship. The name of this fish sounded very curious and cryptic to me! As its name suggests, it is found in Mexico. It comprises two distinct morphotypes: the pigmented, sighted river fish (called surface fish); and the depigmented, blind, cave-adapted fish (cavefish). Interestingly, the two morphotypes can hybridize and give rise to fertile offspring, allowing genetic studies and making A. mexicanus a fantastic species to challenge microevolutionary biology enigmas. At that time, when Sylvie offered me to study the sticky “casquette” over the head of Astyanax larvae, I became even more intrigued. Why would a creature living in the perpetual darkness need a cap? This question was however the first of a long list! And indeed, after achieving my PhD in Neuroscience, I joined Sylvie’s lab and the Astyanax model again, to study the evolution of acoustic communication.

In 1970, Arthur Popper assayed the hearing capabilities of surface fish and cavefish, and found that the two morphs hear equally well. He concluded his paper with an open question: “But what are cavefish listening to in the dark?” Indeed, acoustic communication is a valuable mechanism to provide and receive information to and on the surrounding environment. Many animals use sounds as a sensor, especially in ecological niches with poor visibility such as deep forests, turbid lakes or benthic areas. Sonic features are also important to navigate, find food and mates in the dark. Throughout evolution, these sonic skills influenced speciation by shaping behaviours and optimising survival in specific habitats. However, little is known about the evolution of acoustic communication. A. mexicanus seemed to be the perfect model to approach this question.

When I started my postdoc in January 2016, we had no clue on what types of sounds these fish could produce and if the sounds would be used to convey information. I rapidly met Joel, who taught me bio-acoustic recording techniques and trained me to hear underwater sounds. Headphones on, I started spending long days listening to fish and watching video of their behaviour! Like humans who can be chatty and active, fish behaviour and sonic activity were sometimes intense to score. But the suspense for a furtive event to happen was always strong. Patience was rewarded and allowed us to described A. mexicanus as a new sonic species of fish, with a repertoire of six categories of sounds that we named Clocs, Clicks, Sharp clicks, Rumblings and so on. These sounds are produced by both surface fish and cavefish and are discernible by human ears as well as biophysical parameters.

By definition an exploratory project does not end at the lab doors and we ventured at recording the fish in the wild. I felt excited to explore the natural environment of A. mexicanus to gain knowledge on the model we study in the lab and I was also pleased to follow the tracks of Bernie Krause, instigator of the biophony. In fact, caves provide excellent natural acoustic labs with unique soundscapes (figure 1-2).

Thanks to the hard work of true field passionate people from the Rétaux lab and co-workers (figure 3), we achieved our ambitious goal of recording blind cavefish with sophisticated acoustic set-ups in six Mexican caves. This challenging field work in the dark, sticky mud, bat-guano and sometimes with rough climbing or deep pits (figure 2), carrying electronic equipment, was rewarded by audio recordings validating the sonic nature of wild Astyanax.

Back to the lab and surrounded by happy talkative lab-mates, I was immersed in a bubble of fish-sounds difficult to understand. I thus performed series of behavioural experiments, varying the group size, the light/dark conditions, promoting agonistic or foraging context and using playbacks. This way we discovered that the use, the trigger, the “meaning” and the reaction to sounds have changed in cavefish as compared to surface fish. Almost fifty years later, we can bring an answer to Popper’s question: “cavefish listen to their conspecifics”. But we came up with many other questions... including on sound production mechanisms and the neuro-molecular basis driving the evolution of acoustic behaviour in cavefish. 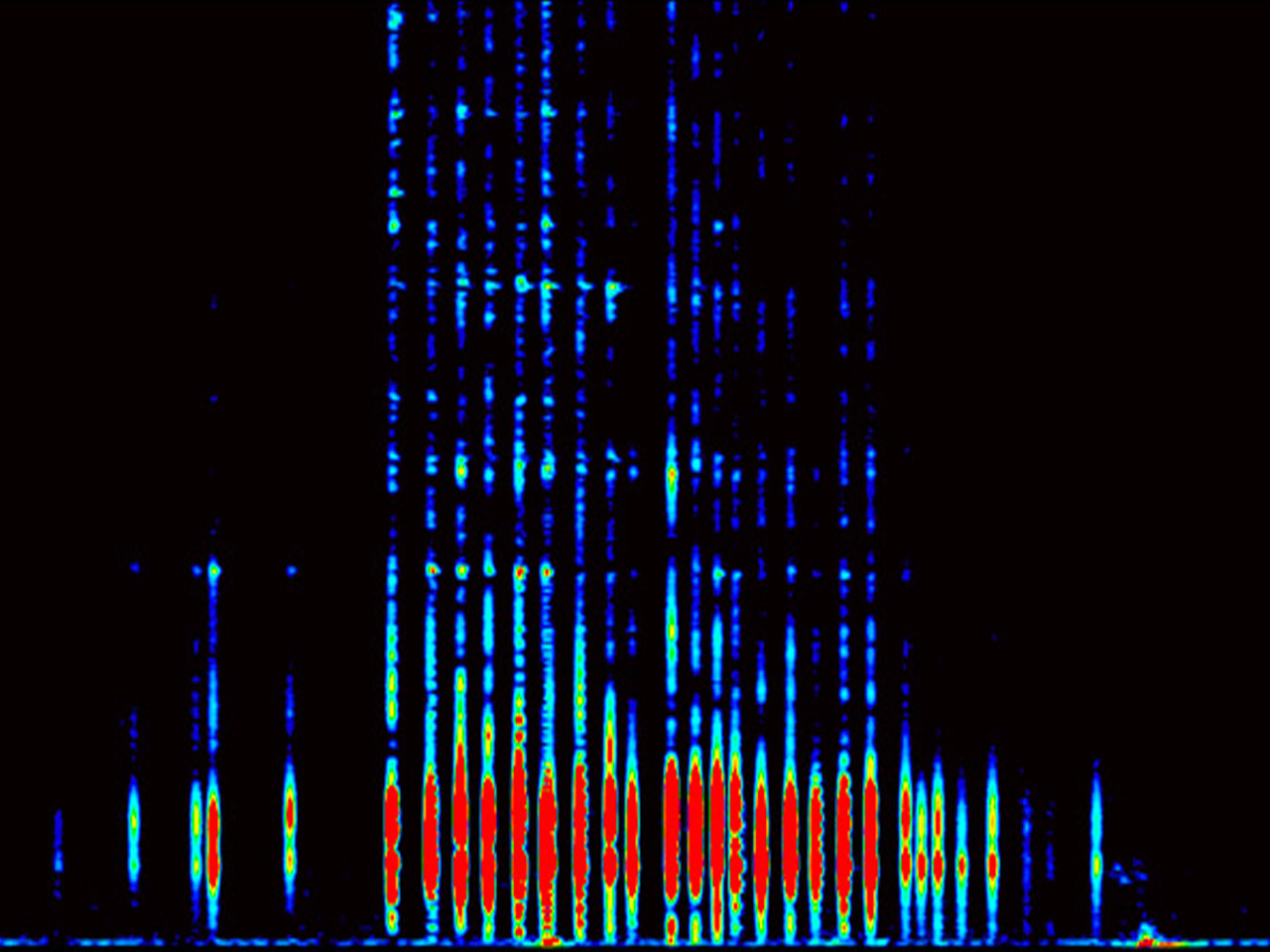 Blind but not mute: cavefish telling an evolution story!

“The sound must seem an echo to the sense.” Alexander Pope