The evolution of parental care diversity in amphibians

Parental care can take many forms but how this diversity arises is not well understood. Analyses of over 1300 amphibian species show that different forms of care evolve at different rates, prolonged care can be easily reduced, and biparental care is evolutionarily unstable.

The Amphibians include frogs and toads, salamanders and newts, and the worm-like caecilians. The majority of amphibian species abandon their eggs immediately after spawning and provide no parental care.

However, particularly in the tropics, different species exhibit a remarkable diversity of parental care forms. For example, some species guard and protect their eggs against predators, parasites or dehydration; others carry around eggs or tadpoles on their back or brood them inside their stomach, mouth, or even embedded under their skin on the back. In some tropical frogs, the mother feeds her tadpoles with unfertilized eggs, while some salamanders and caecilians give birth to fully developed juveniles. Why is parental care so different amongst species and how did it evolve? My postdoc advisor, Isabella Capellini, and I wanted to understand how such diversity evolves, is maintained, or is lost.

Numerous field biologists, and even just lucky individuals who happen to be in the right place at the right time, have observed different amphibian species performing parental care. We searched the literature and painstakingly found, extracted, and organized this information into a large data set (with the help of a lot of coffee!). One of the strengths of our study is that we recorded data at a finer scale than has been done previously. Instead of just recording whether or not a species has parental care, we recorded the type(s) of care, the stage(s) of development (i.e. egg, larval, or juvenile) at which care is provided, and the sex providing care. After carefully cross-checking the data to ensure consistency of scoring across species, we ended up with over 1,300 species of which just over 400 exhibit some type of parental care (a much larger number than the often claimed 10% of caring species among amphibians). It took approximately one year to assemble the data set. We then combined these data with an evolutionary tree of Amphibian species and implemented models that allowed us to estimate the rate of evolution of different care forms, that is how quickly they are gained and lost over evolutionary time, and to study the pathways by which they evolve.

We found that different types of parental care have very different rates of evolution. In particular, egg attendance evolves and is lost much more quickly than any other type of care. In contrast, brooding and giving birth to fully formed offspring are gained very slowly and once evolved are never lost. Other types of care exhibit intermediate rates of evolution. With this in mind, we then asked whether prolonged parental care, from the egg to the juvenile stage, evolves in a stepwise fashion. Theory also suggests that once evolved, long-term care should be unlikely to be lost. As expected, we found that once parents start to care for the eggs, they are more likely to evolve care at the tadpole and juvenile stage by attending, transporting or brooding tadpoles or juveniles, but they may also stop caring altogether. In sharp contrast to theoretical models, we also found that when prolonged care does evolve it can just as readily be reduced back to short term care of the eggs.

Our analyses also reveal that in amphibians biparental care is approximately equally likely to evolve from a condition where the male alone cares or the female only does. However, once biparental care evolves, it is quickly lost, even if the sexes perform complementary care behaviors, that is division of labour. This might be the case because there is an intrinsic ‘conflict’ between parents over who should care the most.

Our results provide a more nuanced picture of parental care evolution than previous studies. We propose that attendance and transport may be easily gained and lost because parents, rather than offspring, are in greater control over whether to provide care. Thus, if environmental conditions change such that the parents’ costs of caring are greater than the benefits of doing so, the parents can simply stop caring. In contrast, with feeding, brooding and live-birth the offspring have the potential to influence the level of care they receive through, for example, begging behaviour or the release of hormones that may influence resource transfer in species with brooding or live-birth. This could lead to changes in morphology and physiology of both the parents and the offspring such that offspring become completely reliant on care, and losing care becomes unlikely.

The diversity of care forms that some other animal groups show, such as fishes and insects, may have evolved in similar ways to amphibians. We propose that, if we are to understand why some animals care for their offspring while others don’t, we need to fully consider what form of care they provide and how this determines who, between the parents and offspring, is in greater control of the care to be provided. 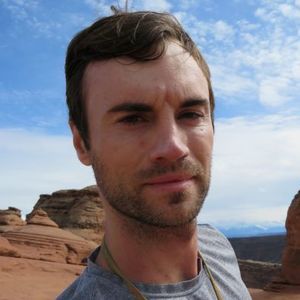