Living in a period of strong impact of human activity on the environment and climatic variations, it is reasonable to ask whether the distribution of rainfall between lowland and mountain is stable or not. To this end, rainfall data has been analyzed in the Alpine region at different altitudes.
Anna Napoli
PhD student, Cima Research Foundation and University of Milano-Bicocca
Follow
Like Liked by Gao Jianguo and 1 other
0

Did you ever get to top of the mountain? Beautiful landscapes, the tingling air, the emotion of being part of nature, the silence, the opportunity of looking at the world from another point of view, impressive and fascinating clouds, storms.. Passion can often be the reason behind decision to undertake a path, and perhaps because of it I started to study physical environmental processes during my University career.

When I was studying for my bachelor degree, I was very lucky because I got to know Claudia Pasquero who encouraged me to follow this complex and fascinating path. We started together to study precipitation in areas with complex orography during my master thesis, maybe because we were driven by environmental passion, but basically because mountains are a fundamental reservoir of fresh water for humanity and since significant changes of precipitation are expected in the changing climate, it becomes particularly important to understand how orographic precipitation responds to global warming and to anthropogenic forcing; this topic, unfortunately, have not been yet investigated in depth. Our goal was basically to determine whether the orographic enhancement of precipitation was stable over the years or whether it changed over time, but we had a doubt: which kind of observational dataset could we use? Unfortunately in this field large amount of data is in historical archives, and also in the 1990s many mechanical rain gauges were dismissed and replaced with automatic instruments without a good calibration, and thus the time series couldn’t and cannot be merged to generate longer time series. But at that time I was lucky once again: during my master I met a group of the University of Milano who after 10 years of activities released two beautiful precipitation datasets: one providing homogenized monthly precipitation (1961-1990) in the Italian Alpine region and the second one delivering a longer digitized historical monthly precipitation dataset in a Northern Italian region. So, a light bulb just went off in my head: "We can analyze these data!"

Fig. 2: Stations of the high density database used in the study and relative annual mean precipitation.

We started to do statistical analysis of the temporal series and after more than one year and a half of work, something was discovered: from the middle of the last century to the 1980s, the rains in the lowland stations decreased while on the heights there was no reduction; in the following period and until now lowland rainfall increased with respect to mountain rainfall. This result surprised us: while a decrease in rainfall is considered a possible effect of global warming in the area, the difference in behavior between rainfall at different altitudes is a new result! We noted also that the greatest difference between rainfall at high altitude and lowlands observed in the 1980s could be due to pollutants. In fact, pollution related to human activities had a similar pattern, with the peak of pollution reached in the mid-1980s and the subsequent decrease associated with the introduction of regulatory limits. The mechanisms underlying the link between pollution and rain can be different, in fact the pollution plays a role in the formation of clouds, and furthermore can modify the atmospheric dynamic.

The orographic enhancement of precipitation dependence on anthropogenic forcing is an important research line, but such as on mountain, if we are passionate, if we are determined and if we are curious, we can always do a step more.

Anna Napoli
PhD student, Cima Research Foundation and University of Milano-Bicocca
Follow
I am interested in potential changes of the orographic rainfall mechanisms and in how orographic precipitation responds to global warming and to anthropogenic forcing: I study the effects of the microphysical parameters on the orographic precipitation in the idealized case and with high-resolution historical scenarios and climate change projections over the Great Alpine Region using the Weather Research and Forcasting (WRF) Model. I am currently a PhD student at CIMA Research Foundation (Savona, Italy) in collaboration with the University of Milano-Bicocca (Milano, Italy). 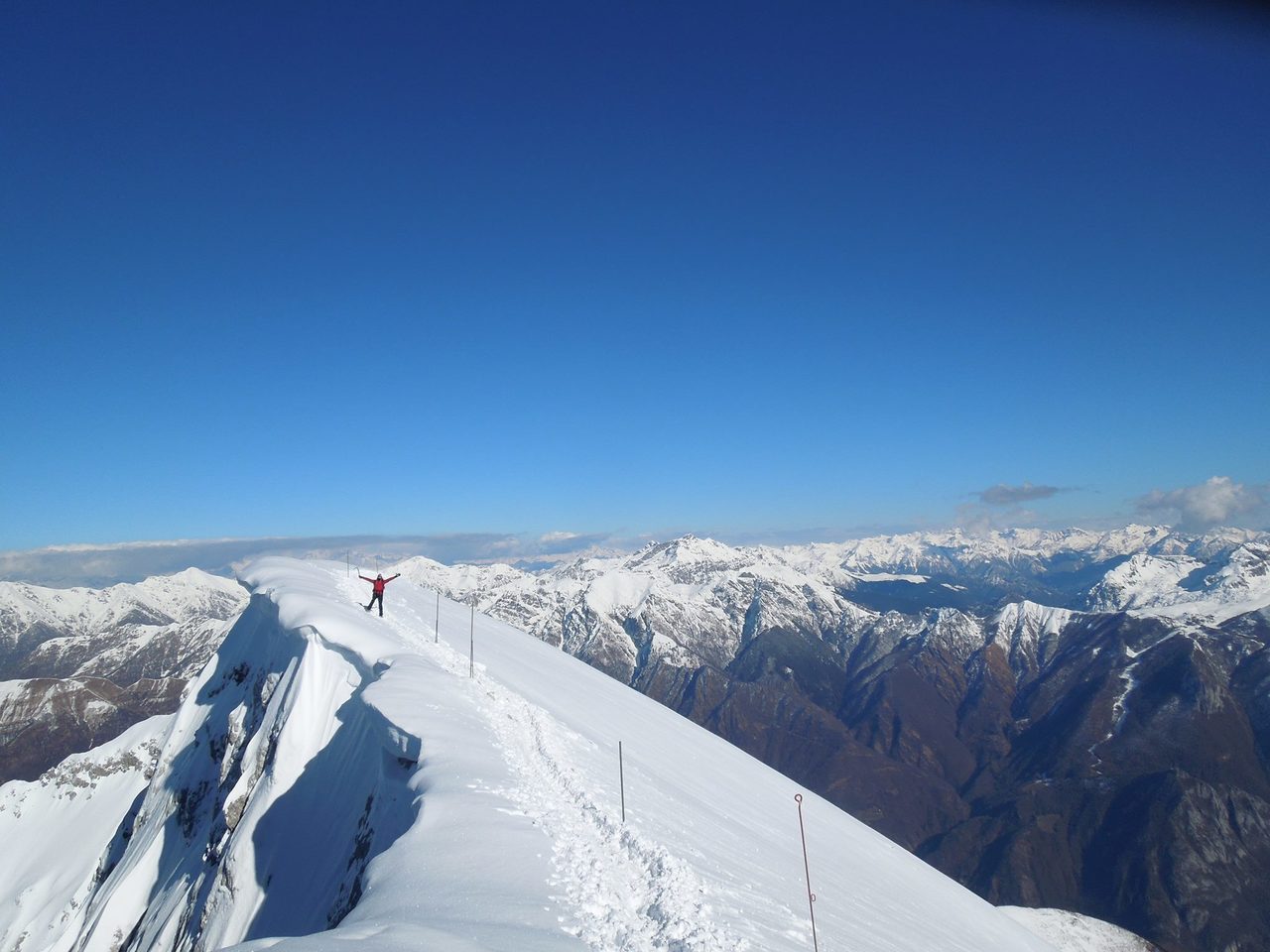 Living in a period of strong impact of human activity on the environment and climatic variations, it is reasonable to ask whether the distribution of rainfall between lowland and mountain is stable or not. To this end, rainfall data has been analyzed in the Alpine region at different altitudes.