The Responsibility of Ecologists

During the first day of EEFLisbon2019, we had a debate dedicated to the role of ecologists on the sustainable development goals. The discussion allowed to create a document that aims to guide the professional activity of ecologists and their relationship with society.

Science in general, and the scientific domain of Ecology in particular, have helped us understand that the extraordinary development humankind has experienced in recent centuries came at a heavy price to the biosphere: degradation of the atmosphere, land and ocean, climate change, accelerating reduction of biodiversity and extinction of species. We know that since the advent of agriculture, human activities are playing a prominent role, and risk driving one million species to extinction in coming decades. This path is unsustainable and has to be reversed in the next decade with a sense of urgency and forceful determination.

This document was written as a summing up of the debate held during the 15th European Ecological Federation Congress, which took place in Lisbon from July 29th to August 2nd 2019, under the title “Embedding Ecology in Sustainable Development Goals”.

These conclusions include the views expressed by a panel convened under the title “How is Ecology contributing to the accomplishment of the SDG’s?” that had the participation of:

Professor of Global Health, Imperial College London and Strategic Director of 4SD, Switzerland. Previously Special Adviser to the United Nations Secretary-General on the 2030 Agenda for Sustainable Development and Climate Change (2016–17), and Special Representative of the United Nations Secretary-General for Food Security and Nutrition (2010–14).

Associate Professor at Bologna University and Co-leader of the Green Engineering Working Group of the global network World Harbour Project. Regional Coordinator for the Mediterranean Sea at the global Kelp Ecosystem Ecology Network.

Julie A. Wrigley Chair, Regents' and Foundation Professor, founding director of the Global Drylands Center at Arizona State University and President of the Ecological Society of America.

The panel was moderated by José Vítor Malheiros who was also the author of the report that is now presented to the public discussion under the title "The Responsibility of Ecologists".

"The Responsibility of Ecologists""

The document is open to discussion by the scientific community. If you want to contribute with your feedback, please send it to info@speco.pt. 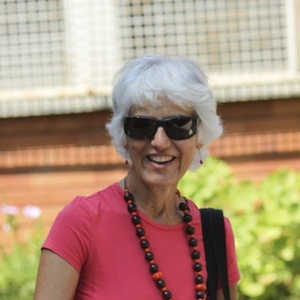 TONY BROPHY
over 1 year ago

Very worthy apsirations for the KEY Group of Professionals who understand 'Mother Nature' and the 'Gaia Hypothesis' better than most.

However, 'mutual back-slapping' and lofty ideals need to be supplemented by responding to the desperate pleas from the 'People of the Earth' for the Politicians to take ACTION over the Climate Change Crisis and the host of Biodiversity & Ecological disasters in it's wake.

Scientists need to come out of their 'academic cupboards' and be the much needed 'Torch-Bearers' to all those millions of people who are taking to the streets all over the world demanding CLIMATE CHANGE ACTION!

Of course you don't have all the answers to all the Earth's problems BUT you do have the knowledge that you have and, imperfect as it may be, you have the RESPONSIBILITY to get it woven into the new Policies.

Collaboration with complimentary Scientists and Lobby Groups is essential and the time is NOW.

Remember the fabled scene at 'The Alamo' where the 'line is drawn in the sand'!

BE ON THE SIDE OF RIGHT!

Sit down in a relaxing place and get ready for a 35 minute 'roller-coaster ride' from THE BIG BANG to 1982!!

Peter's explanation of the GAIA HYPOTHESIS is as powerful today as it was nearly 40 years ago - TRULY VISIONARY!

Enhancing the Environment since 1970