Protocells in deep sea hydrothermal vents: another piece of the origin of life puzzle

An origin of life in deep sea hydrothermal vents has been deemed problematic due to the inability to form lipid vesicles in saline solutions. Our latest research suggests this may not be as difficult as we once thought.
Sean Jordan
'la Caixa' Junior Postdoctoral Leader Fellow, Instituto Superior Técnico
Follow
Like Liked by Patrick Goymer and 3 others
0

This study provides empirical evidence for the formation of vesicles from mixtures of single-chain amphiphiles under alkaline hydrothermal conditions, suggesting that such conditions favoured protocell formation at the origin of life.

One of the most promising theories for the origin of life on Earth is the submarine alkaline vent theory (SAVT). This places the emergence of the first living organisms at the bottom of the ocean in alkaline hydrothermal vents. The SAVT has a lot going for it including evidence for an energy source in the form of proton gradients, CO2 reduction by H2 on mineral catalysts to produce organics, aqueous synthesis of 5 universal carboxylic acid metabolic intermediates common to all life, and hydrothermal Fischer-Tropsch-type synthesis to produce membrane-forming hydrocarbons. One of the key problems with the theory however has been that even though the membrane-forming molecules are present, the membranes or lipid vesicles that they form do not readily assemble in sea water. In fact, previous research has shown that vesicle formation from fatty acids and other single chain amphiphiles (SCAs) is completely disrupted by low concentrations of sodium chloride and divalent cations such as magnesium and calcium. This has even led some researchers to call for an abandonment of research into any possible origin of life scenario based in the ocean.

We noticed that one common theme of these experiments was that they all used a combination of 1-3 SCAs to form vesicles. This seemed at odds with the Fischer-Tropsch-type synthesis which can produce up to around 40 different SCAs, with the most abundant chain lengths in the region of 10-15 carbon atoms, under hydrothermal conditions. So we decided to try using slightly more complex mixtures of SCAs whilst keeping the molecules themselves very simple. This is arguably more representative of the actual conditions on the early Earth. In our recent Nature Ecology and Evolution paper we show that using mixtures of 12 fatty acids and alcohols at low concentrations under alkaline hydrothermal vent-like conditions (i.e. 70 °C and pH ~12) we were able to form vesicles in sea water concentrations of sodium chloride, magnesium, or calcium. Straight away we had observed the benefits of increasing the number of SCAs in a mix. Unfortunately, in a solution containing all these salts together, vesicles became aggregated.

Around this time we had been discussing the idea of isoprenoids at the origin of life. These form the tails of archaeal phospholipids, the position taken by fatty acids in bacterial phospholipids. Phylogenetics suggests that the last universal common ancestor (LUCA) had the capability to synthesise both of these lipid types. It is possible then that isoprenoid acids and alcohols could have played a role in membrane formation at the origin of life, yet very little work has been done on vesicle formation with isoprenoids. So we added geranic acid and geraniol, both C10 isoprenoid molecules, to our 12 SCA mixture. These 14 component vesicles formed readily in the most extreme hydrothermal mixtures of salts and were stable enough to encapsulate fluorescent dyes over 24 hours.

They key point here is that vesicles can and do form in oceanic conditions. For the mixtures we used the alkaline vent conditions were actually essential. Below temperatures of about 60-70 °C or pH 11-12 vesicles did not form – but once formed under these conditions they can persist at lower temperatures and pH. However, there are myriad SCAs simple enough to have been available for vesicle formation at the origin of life. It is likely that with continuing research we will find combinations that could provide bilayer membranes in almost any environment. The idea that vesicle formation from simple SCA mixtures should lead researchers to cast aside a theory for the origin of life is clearly unreasonable. We hope that this work will encourage others to increase the complexity of mixtures of various prebiotically plausible molecules to expand our understanding of how the first protocells might have formed and behaved at the origin of life. 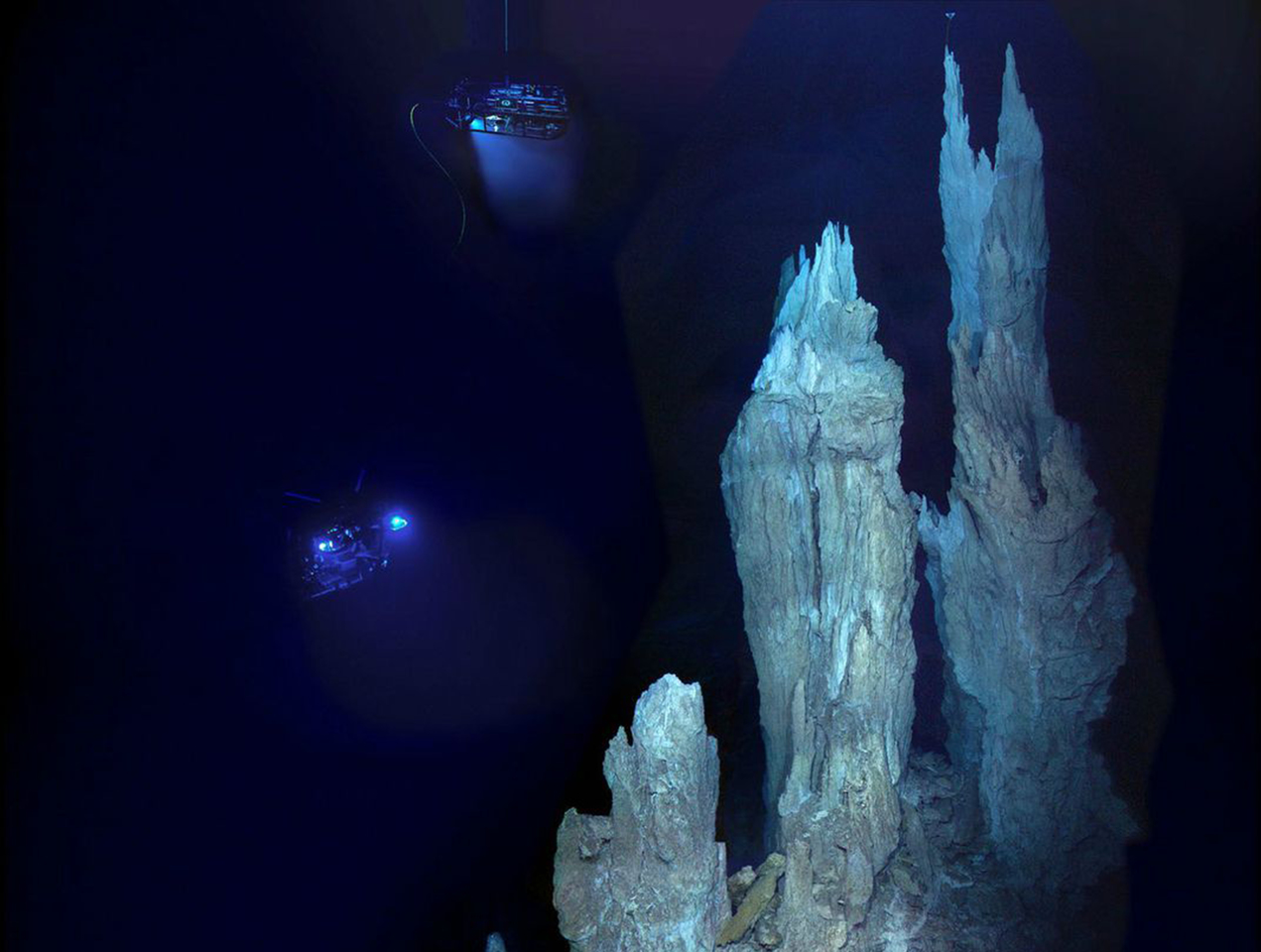 Protocells in deep sea hydrothermal vents: another piece of the origin of life puzzle

An origin of life in deep sea hydrothermal vents has been deemed problematic due to the inability to form lipid vesicles in saline solutions. Our latest research suggests this may not be as difficult as we once thought.